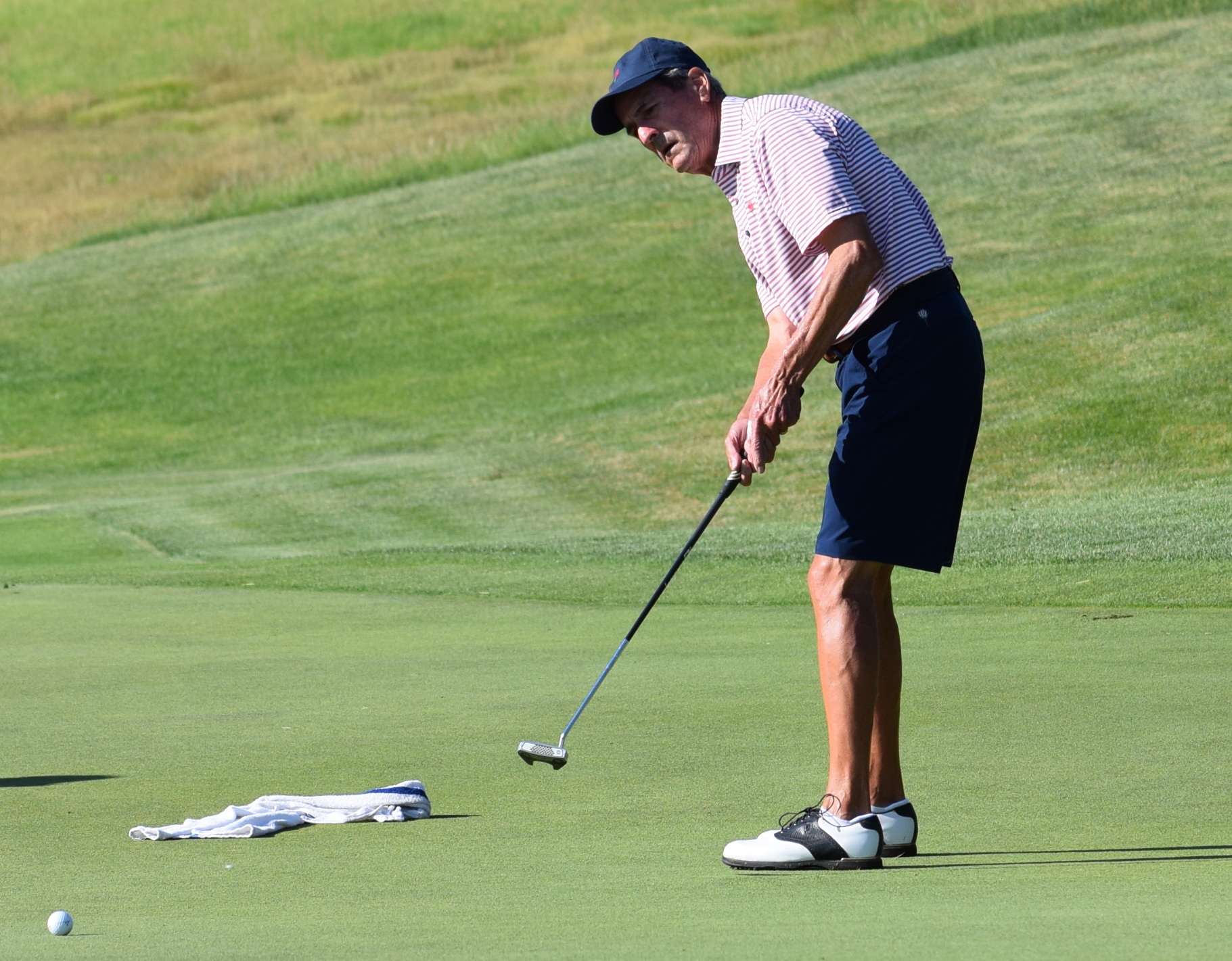 Robert Polk has gone 9-0 in matches in two CGA championships in the last nine days.

Ten players in the 32-man field improved to 2-0 in round-robin pod play on Tuesday, while a couple of prominent past CGA championship winners suffered losses on day 2 of the CGA Super-Senior Match Play at Flatirons Golf Course in Boulder.

On Tuesday, Moore, a Colorado Golf Hall of Famer and president of the CGA, defeated Bruce Hayes of Walnut Creek Golf Preserve 2 up. Moore, seeking to win his third SS Match Play title, was 1 down after 14, but won three of the last four holes.

As for Polk, he’s now 9-0 in matches over the last nine days, between the Senior Match Play and SS Match Play. On Tuesday, he cruised to a 6 and 5 victory over Steve King of Colorado National Golf Club.

Still, both Moore and Polk will have to win matches on Wednesday morning — or prevail in a playoff — to claim first place in their four-person pods and advance to the knockout phase, which begins with Wednesday afternoon’s quarterfinals. That’s because both will face opponents also 2-0 — Robert Bulthaup of Valley Country Club for Moore and Jim Reynolds of Bear Creek Golf Club for Polk.

After the pod-play finale and the quarterfinals are held on Wednesday, the semifinals and the finals are set for Thursday.