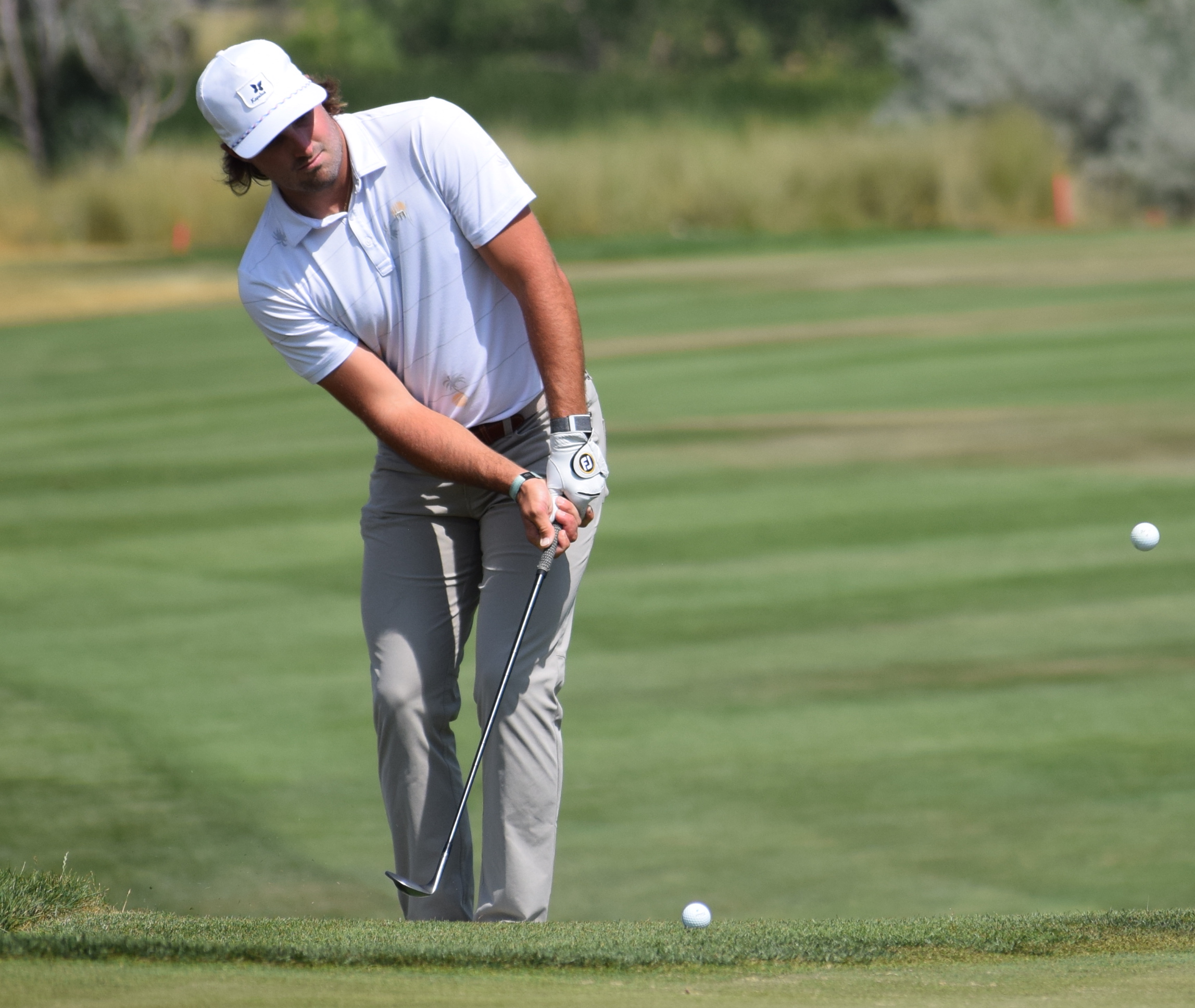 Jake Staiano finished with an eagle on Thursday at Tiara Rado.

Jake Staiano apparently had so much fun contending the whole week at the CoBank Colorado Open about a month ago that he’s aiming to do likewise in another local open championship.

The Englewood resident and former Colorado State University golfer fired a 5-under-par 66 on Thursday to share the lead after the opening day of the Sinclair Rocky Mountain Open at Tiara Rado Golf Course in Grand Junction.

Staiano, who finished runner-up at the Colorado Open, is tied for the top spot with University of Denver golfer Jun Ho Won, former University of Wyoming player John Murdock and pro Ben Geyer of Arbuckle, Calif.

Staiano, a former CGA Player of the Year, closed his round by going birdie-eagle, with the eagle coming on the par-4 18th hole. He finished with an eagle, six birdies and three bogeys.

Won carded eight birdies — including four in a row — and three bogeys. Murdock and Geyer each recorded an eagle, four birdies and a bogey.

The 54-hole championship will continue through Saturday. First prize for the low pro is $20,000.