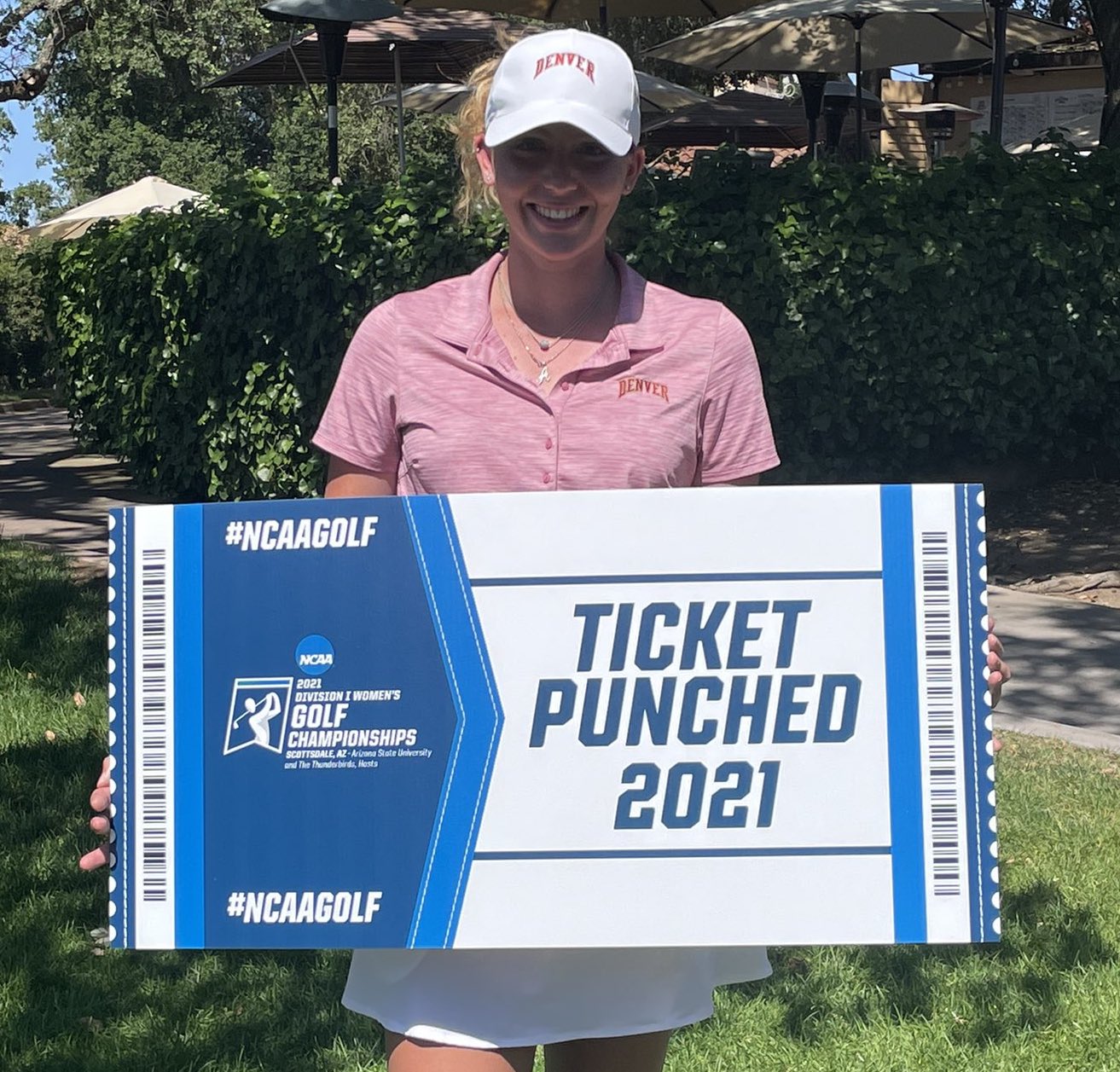 It wasn’t an ideal showing for the University of Denver women’s golf team, but the Pioneers didn’t come away empty-handed on Wednesday.

A full-team trip to the NCAA Division I national championships for the first time since 2009 didn’t pan out, but one DU player punched her card to compete individually May 21-23 in Scottsdale, Ariz.

Anna Zanusso, a sophomore from Italy, tied for sixth place out of 95 players on Wednesday in the NCAA Regional in Stanford, Calif. The top six teams, along with the top three individual finishers not on those teams earned spots into the national championships. Zanusso landed an individual berth — DU’s first since Tonje Daffinrud in 2014 — along with Kajsa Arwefjall of San Jose State (and Sweden) and Brigitte Thibault of Fresno State (and Canada).

Zanusso, who won two individual college titles as a freshman and competed in the Augusta National Women’s Amateur this year, shot an even-par 71 on Wednesday, leaving her at 2-under 211 overall (70-70-71). After a three-birdie, three-bogey final round, Zanusso ended up nine strokes behind individual champion Rachel Heck of Stanford.

Team-wise, DU ended up in 10th place, exactly what was expected of the Pioneers based on pre-tournament seedings (10th). DU was making its 19th consecutive NCAA Regional appearance, but fell 18 strokes short of the team (Southern California) in the sixth and final position to advance to NCAA nationals.

The Pioneers, coming off two team victories in April, posted a 12-over-par 296 total on Wednesday, leaving them at 26 over par for three rounds, 54 shots behind champion and regional host Stanford.

Wrapping up their college careers for DU were fifth-year seniors Mary Weinstein of Highlands Ranch and Camille Enright of Plano, Texas. Weinstein, a three-time CGA Women’s Player of the Year, finished 57th individually (73-76-75), while Enright was 52nd (72-77-74).

Meanwhile, the Baton Rouge (La.) Regional was canceled due to weather-related issues without a single stroke counting. In a controversial decision, officials said the course was playable on Wednesday, “but not at a championship level.” Therefore, the top six seeded teams and the top three seeded individuals not on those teams will move on to nationals. University of Colorado junior Malak Bouraeda, competing as an individual, and Colorado native and Purdue player Ashley Kozlowski were in the Baton Rouge field, as was Oregon State, coached by Colorado native and former DU golfer Dawn Shockley, and Tulsa, where former longtime Coloradan Mikayla Tatman is an assistant coach.

“Highly disappointing that play did not happen today,” CU coach Anne Kelly said. “I’m sure it was a tough decision for the tournament committee. I feel very badly for Malak and I know she was extremely disappointed she couldn’t compete this week.”

To see scores from the DI Regionals, click on the following: STANFORD, COLUMBUS.