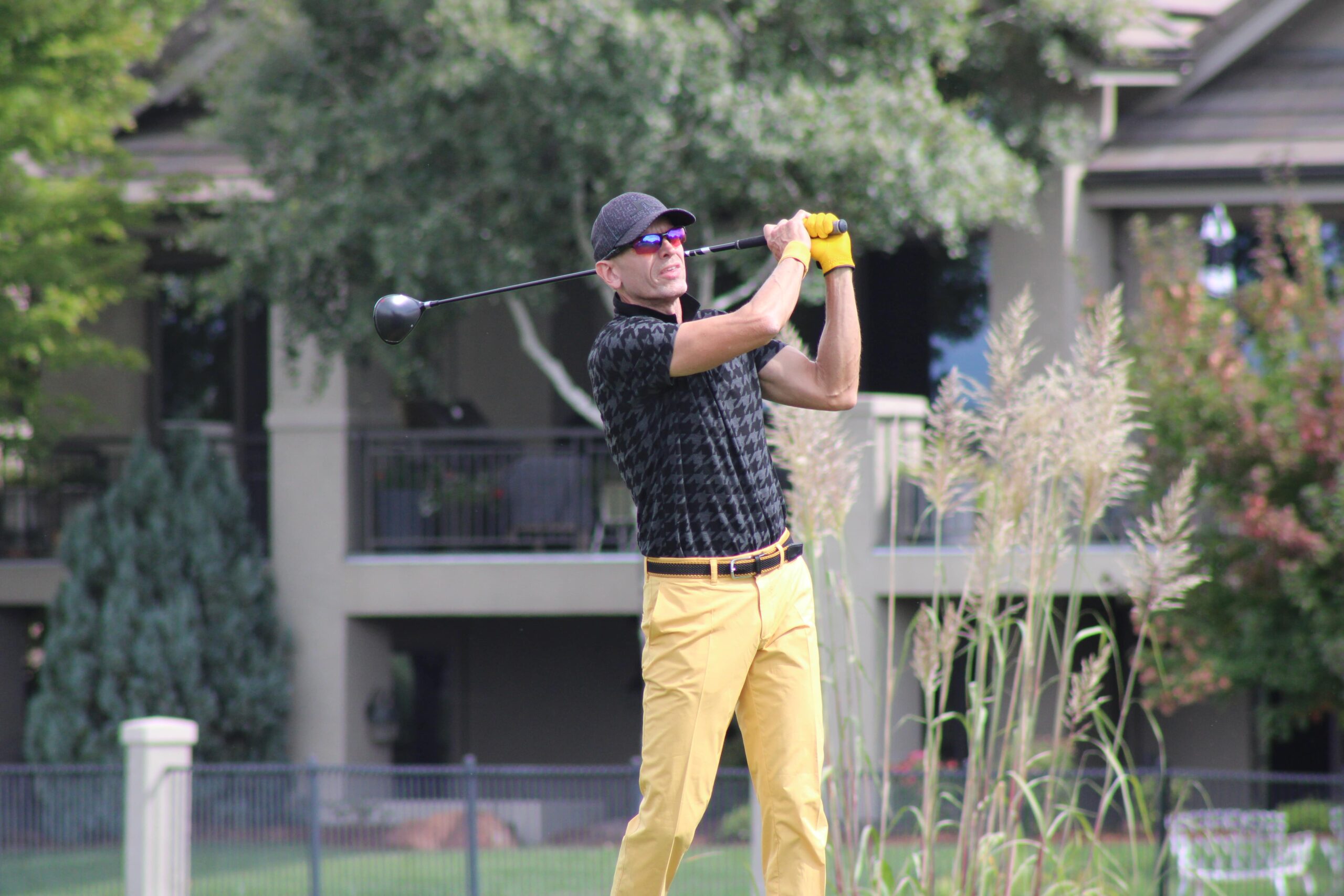 Minovich hits his tee shot on the third hole

2022 CGA Senior Four-Ball Champion, Victor Minovich (Foothills GC) made the best of his second round at Pelican Lakes shooting a five under par round of 67, the best round of the tournament so far. He now leads the tournament by 5 strokes.

Five shots behind Minovich is John Hornbeck (Central Rockies e-Club) who shot even par during his second round of play. Hornbeck told a tale of two nines, shooting three over par on the front 9 and three under par on the back 9.

Jeff Slupe, who calls Pelican Lakes Golf Course home, sits in third place after a second-round 73, and will be six shots behind the leader heading into the final round.

The field will be cut in half going into the final day of play, and all players at 12 over par or better will advance to the last day of the championship.