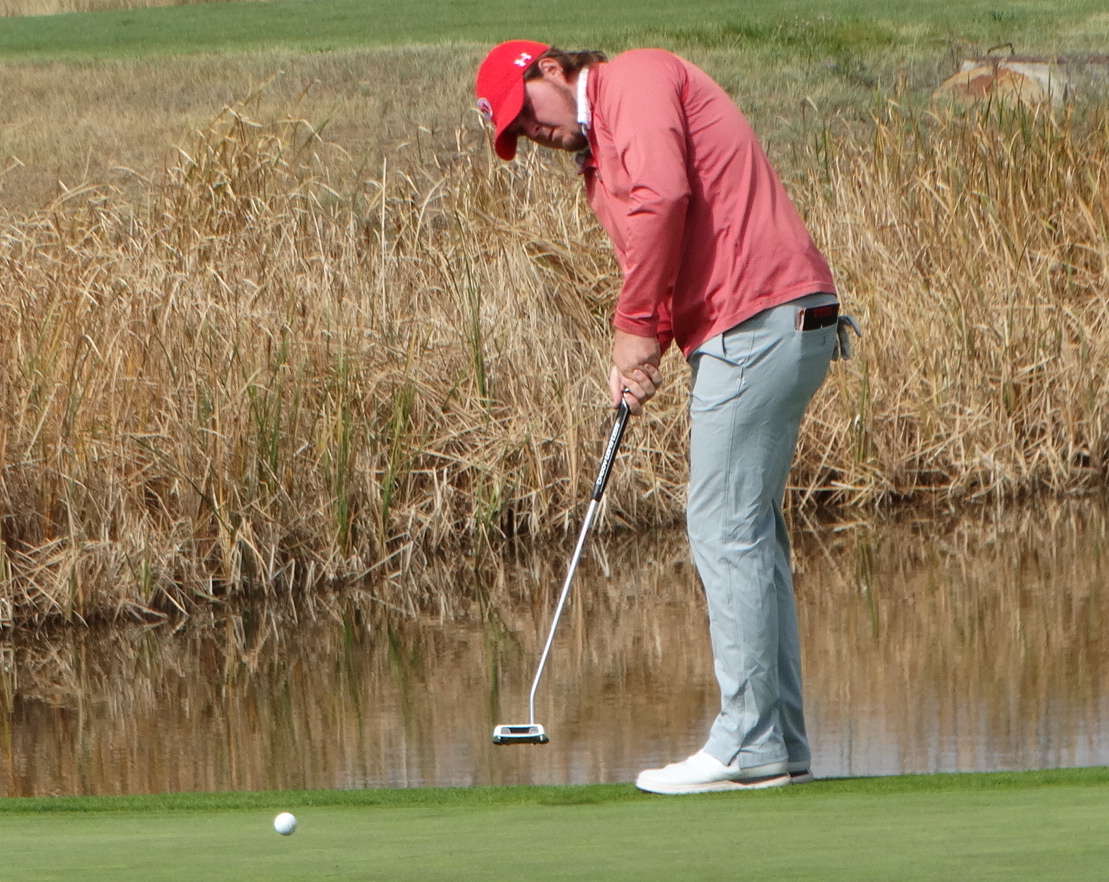 On Wednesday, the Colorado State University golf team was on the verge of going where no Colorado-based NCAA Division I men’s program has gone since 2011.

Alas, South Carolina caught the Rams at the end of the final round at an NCAA Regional in Pullman, Wash., forcing a playoff for the fifth and final team spot into the NCAA nationals. And in that playoff, South Carolina prevailed by one stroke, with its five golfers playing the extra hole in 1 under par, while CSU was even-par.

CSU — or any men’s Division I team in Colorado for that matter — hasn’t qualified for nationals since 2011. Christian Newton had been looking for his first trip there as head coach of the Rams.

South Carolina trailed CSU for most of the final round, but its team played the final hole of regulation in a collective 4 under par, helping its team total by three as one birdie was by Ryan Stachler, whose 75 didn’t count on Wednesday.

The Rams’ four team scorers, meanwhile, played their final hole of regulation, No. 9, in 1 over par.

Overall, CSU put together three strong days of golf, finishing at 21 under par, just one stroke out of fourth place.

CSU had four players finish under par for 54 holes, with the top three being Coloradans. Senior Jake Staiano, in his final college tournament, tied for 12th at 7-under-par 203. Junior AJ Ott finished 17th at 204, and freshman Davis Bryant placed 27th at 206 after a closing 66. Also under par for the tournament was freshman Oscar Teiffel (212, 33rd place).

One Coloradan did notch a top-10 individual finish in Pullman as University of Northern Colorado junior Coby Welch tied for seventh at 9-under 201 after a 68 on Wednesday. The Highlands Ranch resident ended up six strokes behind winner Rhett Rasmussen of BYU. As a team, UNC placed 12th in the 14-team field at 1 under par.

— CGA Amateur champion Kyler Dunkle, who started his college career at CSU before transferring to Utah, earned the lone available individual berth into the NCAA national tournament from the regional in Stanford, Calif.

Dunkle (pictured at top), like Staiano and Ott a former CGA Player of the Year, shot a 2-under-par 68 on Wednesday to finish at 6-under 204, which left him four strokes behind champion Isaiah Salinda of Stanford. Dunkle’s sixth-place showing was the best of any player not on one of the national-qualifying teams.

Dunkle, who was competing only as an individual at regionals, will wrap up his college career at the NCAA nationals, set for May 24-29 in Fayetteville, Ark.

— The University of Denver, making its first regional appearance since 2014, finished 12th in the 13-team field in Stanford.

The Pioneers posted a 4-over-par 284 in the final round, leaving them at 32 over-par for three days. Freshman Cal McCoy from Highlands Ranch led the way individually for DU by placing 21st. He went 68-73-71 for a 2-over-par 212 total.

— Also in Stanford, Coloradan Josh Seiple saw his college career come to an end as his University of Mississippi team finished a stroke behind the final team qualifier for nationals, LSU. Seiple (79-70-75) tied for 70th place individually.

— Colorado Golf Hall of Famer Mark Crabtree, head coach at Louisville, led the Cardinals to a national berth by finishing fourth in a regional they hosted in Kentucky. Louisville ended up three strokes better than the sixth-place team, West Virginia.