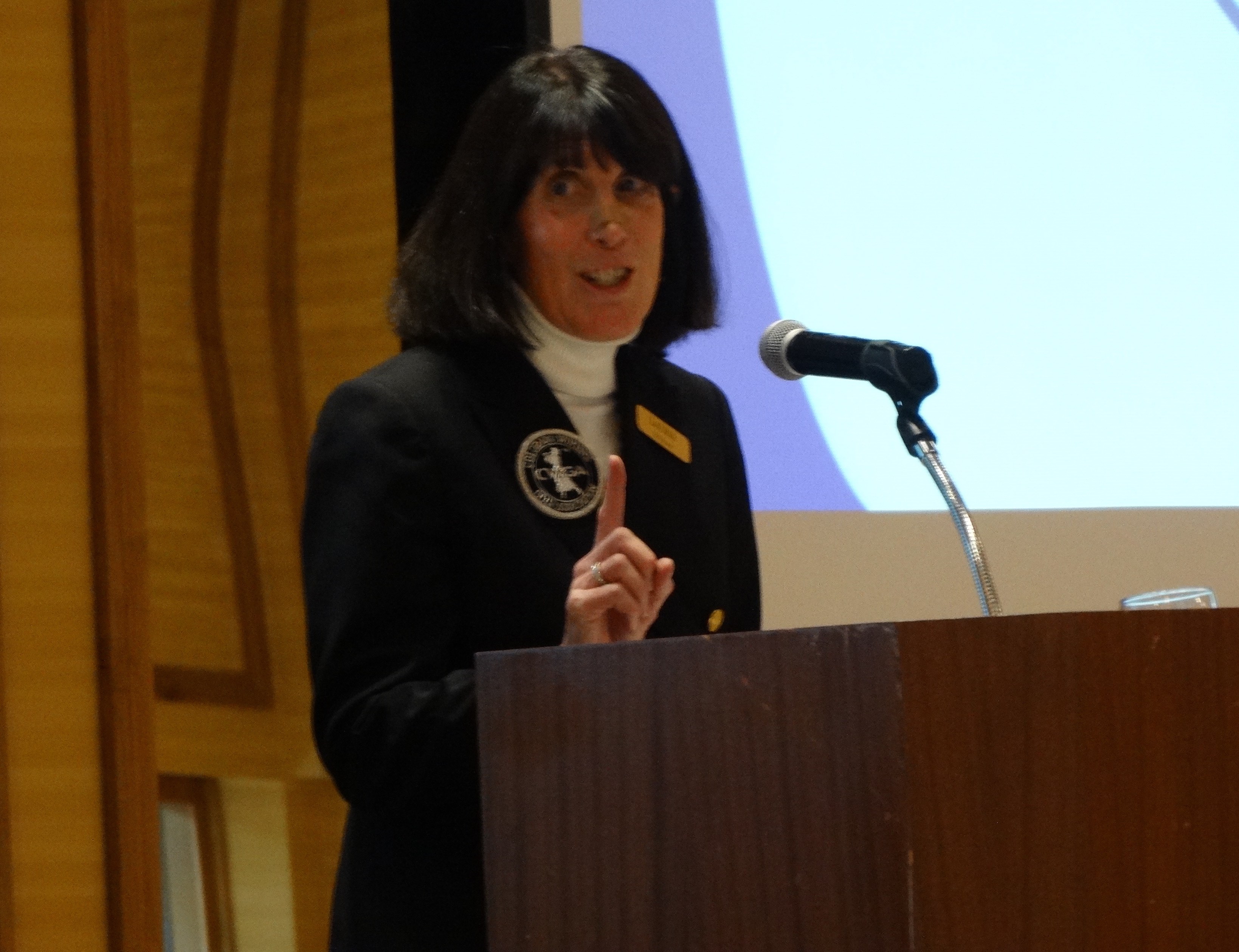 After 3 monumental years in leadership roles with CWGA and CGA, Robinson set to retire

And, as of the end of this month, the ride will be over for a person who couldn’t have foreseen all the twists and turns along the way.

Robinson, a former CWGA executive director who’s currently the managing director of membership and integration for the CGA, plans on retiring at the end of the year, calling it a career after lengthy stints in the business world, as a college faculty member in an information technology studies program — and these recent years in leadership roles in Colorado golf.

“This has been the most rewarding three years of my career,” Robinson said in a recent phone conversation. “I had to pull knowledge from every aspect of all my experience together — from accounting and finance, employment law, human resources, marketing, customer service (and) operations in order the lead the CWGA, then to integrate the two associations (the CGA and the CWGA).

“I think I’ve been very, very lucky to have this as the capstone to my career. It’s been so much fun. I truly appreciate the support the CWGA board of directors gave me by first hiring me for the job, then keeping me in line and teaching me about golf administration and everything we were trying to do to build out women’s golf in Colorado.”

Robinson, a Colorado resident for the last 20 years, couldn’t have known what to expect when she volunteered in the summer of 2014 to help develop an I.T. stragegy for the CWGA. She then joined the association’s volunteer board of directors in 2015.

When the CWGA board decided to go in a new direction, leadership-wise, it turned to Robinson, who became the acting executive director at the beginning of 2016 and resigned her board position. And in May of that year, the “acting” part of her title was removed and Robinson became just the fourth E.D. the CWGA ever had, following Maggie Giesenhagen (1988-1991), Robin Jervey (1992-2014) and Ann Guiberson (2014-15).

During Robinson’s time as executive director, the CWGA celebrated its 100th anniversary throughout 2016, then the association joined forces with the CGA, becoming one organization at the beginning of this year. The unification, prompted by the USGA’s decision to partner with just one full-service Allied Golf Association in each state or region, was long in the works, with current CGA co-presidents Joe McCleary and Juliet Miner playing key roles in the process, along with Robinson and CGA executive director Ed Mate. (The four are pictured below.)

“This was an unexpected career move for me,” Robinson said regarding golf administration. “I was thrilled to be working for the CWGA for two years and learning about golf administration and running a small business. Merging with the CGA was a wonderful business move and I was really excited to be one of the leaders in that effort.

“It was very exciting formulating a plan make the CWGA and CGA a new organization to support the future of the game. It was so exciting to be part of all that — to lead an effort to integrate two companies so successfully, to identify a new logo, a new website (both of which will be unveiled early next year), a new way of operating, to expand our programs to men. It was just so exciting to be part of making sure the future of golf was strong in Colorado.”

And, given that this process has played out over more than three years, how does she think the integration has worked out?

“The two organizations were combined to make both of us stronger,” Robinson said. “We could share the resources the CGA had. They had more resources than the CWGA. And the CGA could benefit from all of the programs that are developed for women and high handicappers that could be rolled out for men. We were literally building the future of a golf association in Colorado to serve a wider variety of people than either organization had served before. It was really exciting to be part of that.”

Mate has worked closely with Robinson in recent years, both before and after the unification, and he certainly appreciates what Robinson has done to make the merger relatively seamless.

“Laura was just the right person at the right time in so many ways because of her business background, her ability to organize, prioritize and really kind of tease out the right questions through the integration,” Mate said. “She maintained the really good continuity with the leadership of the CWGA through this transition. She was just indispensible.

“Her business background has been such a great addition, a skill set we’ve been able to really capitalize on because she was able to develop a strategic plan by working with a team during the busiest time of the year. As we’re preparing for next year, we have by far the best blueprint to guide us for the next several years. She led us through a process of prioritization and analysis of membership. She almost did a Masters degree project that was an excercise in strategic planning. It will have huge benefits moving forward. She’s leaving us in great position. What a great legacy that that will live on for a while.

“Beyond that, she’s been very fun to work with, very passionate about the game of golf.”

The staff of the CWGA didn’t simply move into the same offices as the CGA. The volunteer boards of the two organizations were joined together — with McCleary and Miner agreeing to serve a year as co-presidents to further ease the transition period — and the CWGA staff has become integral in CGA work moving forward. That includes Kate Moore, Matthew Walker, Aaron Guereca and Debbie Kolb — in addition to Robinson.

“We had a great team in the (CWGA) office, and I’m so glad for the CGA that every one of them has decided to stay,” Robinson said. “I feel like I’ve made friends for life through this whole experience.”

And Robinson’s run over these recent years also gave her an ever-increasing appreciation of the work volunteers do — and have done — for the associtions.

During the last year as part of the CGA staff, Robinson (at left with Miner) has taken on a multi-faceted role in the effort to make the association as good as it can be serving its newly combined membership.

“I led the team to integrate the two organizations,” she said. “It was a lot more than simply moving in together. We had to identify new roles and responsibilities. We kicked off a plan to develop a new brand and identity through a new logo and color scheme, which will be shared with the public at the (Denver) Golf Expo in February. We have a new website that is currently under development to take advantage of the new brand identity — presenting one consolidated view of the CGA to all golfers in the state.

“I was behind the effort to create a strategic plan for the newly formed CGA. It wasn’t merely taking two organizations and band-aiding them together. We really wanted to take advantage that we were a new organization focused on new programs, new demographics and a new way of operating. So a strategic plan that I developed helped support that effort. We still have a few tasks left in the integration, (including) merging all of our documents and the combined website. Though we started moving in (to the CGA offices) in late October of 2017, it truly has taken over a year to complete the integration of the two organizations.”

As the CGA forges on, Robinson and her husband Paul will continue to split time between Colorado and Florida — and will remain members at Hiwan Golf Club in Evergreen. The plan for the foreseeable future includes “playing lots of golf, ski and travel,” she said.

And, there will be time to reflect on these eventful last few years in golf administration.

“Every day was memorable,” she said. “Every day was a learning experience, meeting new people, developing new programs, cementing our relationship in the golf community. One of the highlights was when the CWGA (received a distinguished service award from) the Colorado Golf Hall of Fame. I think that cemented our history and our place in history in the golf community. Another high moment was when I chaired my very first annual meeting for almost 175 women from clubs all over the state. That was incredibly rewarding to see the level of passion, energy and participation from public clubs, private clubs, nine-hole leagues, 18-hole leagues, championship golfers and high handicappers alike.”