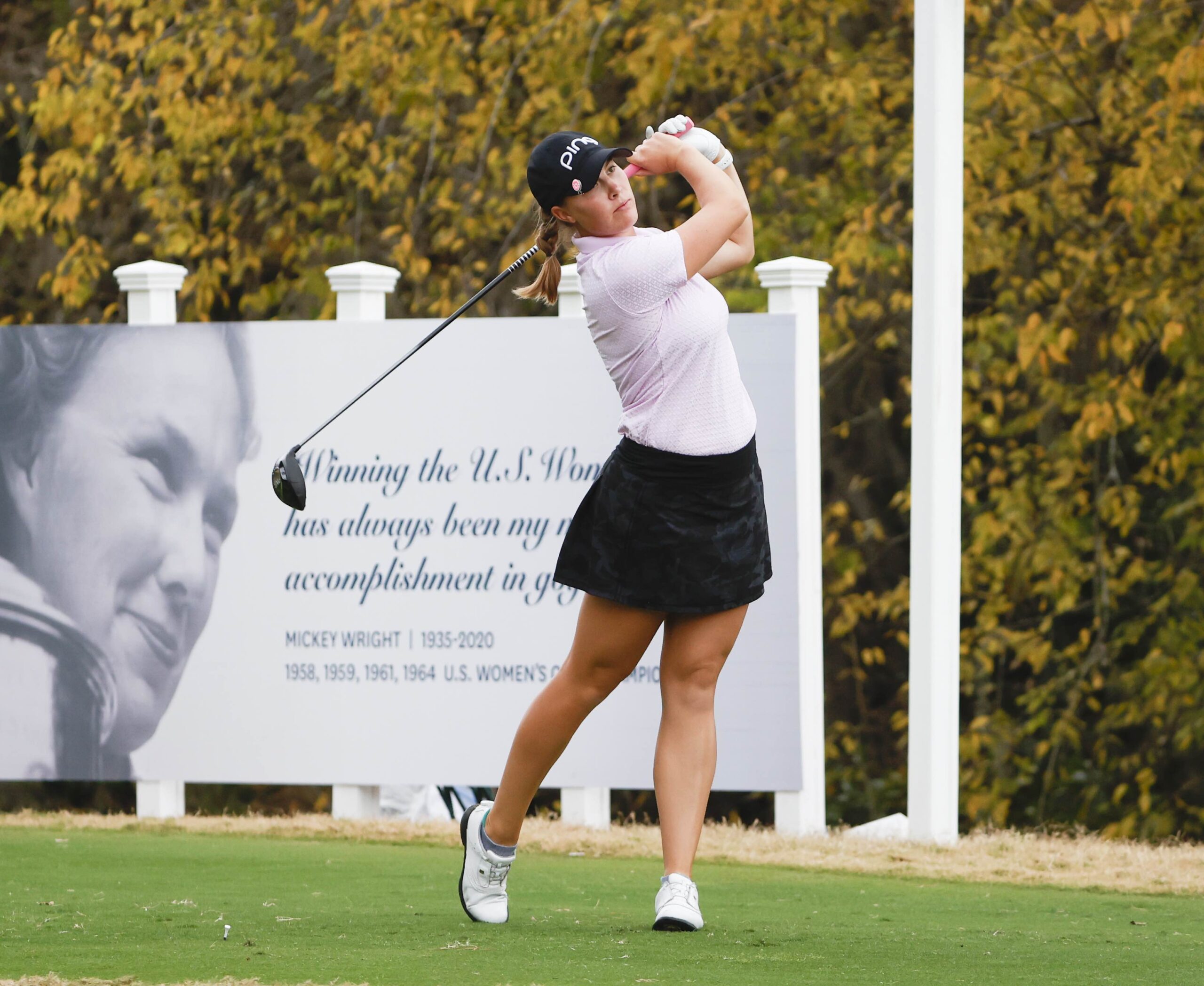 Jennifer Kupcho tees off in front of a picture of four-time U.S. Women's Open champion Mickey Wright on Friday in Houston. (Photo: USGA)

It’s often said that while making a lot of pars may not be great when competing in a typical event on the PGA or LPGA Tour, it often does wonders at the USGA’s premier championships.

If that’s the case, it’s little wonder why Jennifer Kupcho is in contention at the halfway point of the U.S. Women’s Open in Houston.

The Colorado-born-and-bred golfer has racked up 30 pars in the 36 holes played on Thursday and Friday. In fact, the former Westminster resident parred her first 11 holes on Friday before carding her lone birdie on her 12th. Unfortunately for her, she bogeyed two of her last five holes to fall back a bit.

Even so, Kupcho made her third straight cut in the U.S. Women’s Open and shares 20th place — out of 156 players — with two rounds remaining at Champions Golf Club. The former Augusta National Women’s Amateur and NCAA individual champion trails leader Hinako Shibuno of Japan by seven, but is only four strokes out of second place. Amateurs hold second and third place — Linn Grant and Kaitlyn Papp, respectively.

Kupcho followed up an opening-round 70 with a 1-over-par 72 at the Cypress Creek Course, leaving her at even-par 142. All told, she’s made three birdies and three bogeys to go with her 30 pars.

The 23-year-old has hit 27 greens in regulation through two days, but is averaging 31.5 putts, which hasn’t helped her cause. However, she did sink a 40-foot par putt on her 11th hole Friday after mis-hitting two straight shots.

Kupcho will be paired on Saturday — at 9:07 a.m. (MT) — with defending champion Jeongeun Lee6 of South Korea and Charley Hull of England.

Kupcho, a three-time CWGA Player of the Year, is competing in her fourth U.S. Women’s Open, with her best finish being a 21st-place in 2017 as an amateur.