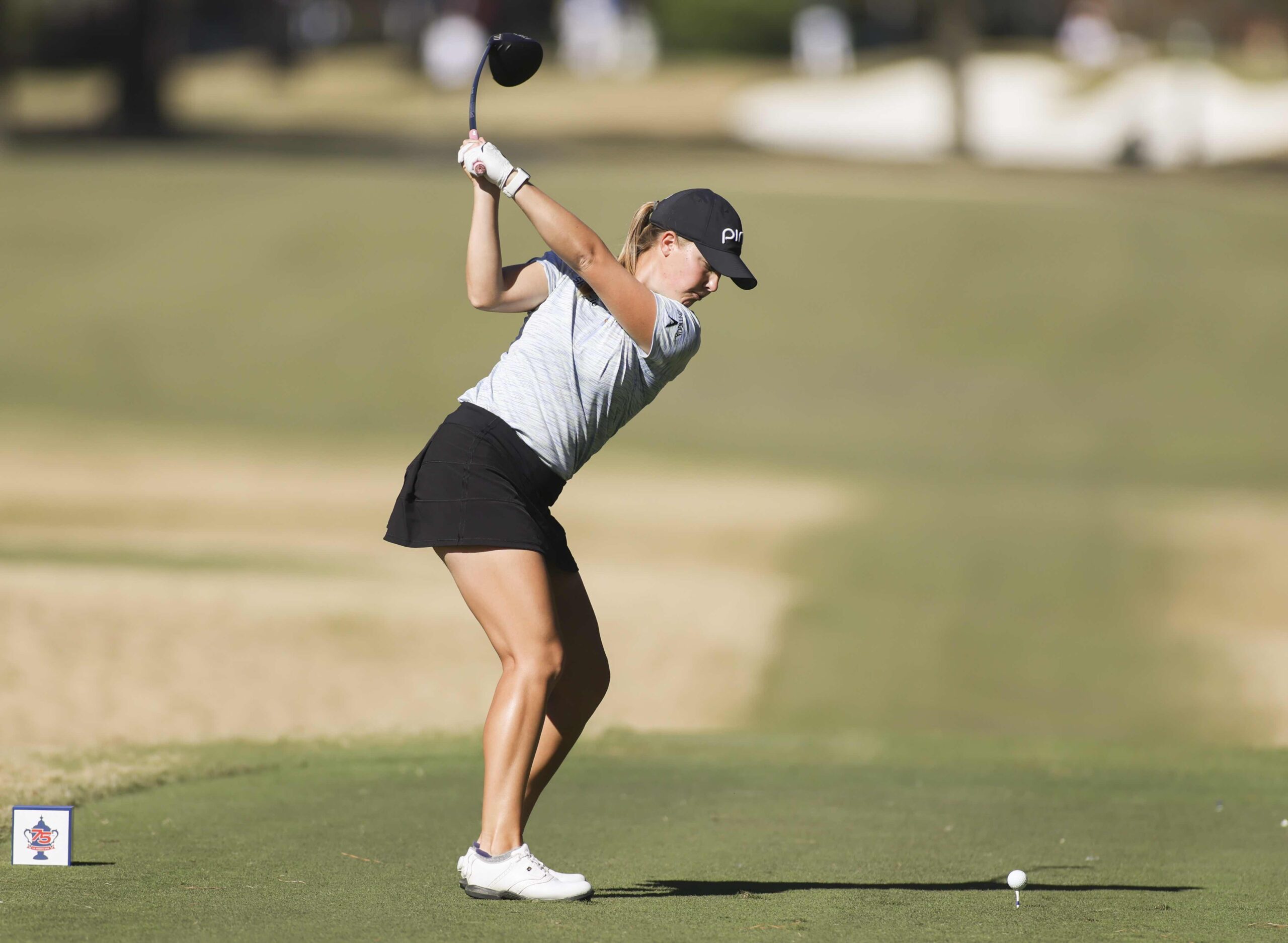 Jennifer Kupcho played her 11th career round at the U.S. Women’s Open on Thursday — and her best.

The 23-year-old, who lived in Colorado for all of her pre-college years, shot a 1-under-par 70 at the Jackrabbit Course at Champions Golf Club in Houston, marking her lowest round ever in the USWO.

The score left Kupcho in a tie for 12th place out of the 156-player field at the most prestigious women’s golf tournament in the world.

Kupcho, the 2019 Augusta National Women’s Amateur champion who made the 2020 CoBank Colorado Women’s Open her first professional victory, sits three strokes behind leader Amy Olson after round 1 of the 72-hole event. Olson made a hole-in-one on the 16th hole at the Cypress Creek course on Thursday.

Kupcho played a very solid round by USWO standards, making two birdies and one bogey and going 2 under par for her final 14 holes.

The former Westminster resident hit 14 greens in regulation and got up and down all four times she missed a green on Thursday, when her only bogey came via a three-putt.

Kupcho is playing in her fourth U.S. Women’s Open, with her best finish being a 21st-place in 2017 as an amateur.

The players will switch courses on Friday, with Kupcho moving to Cypress Creek.