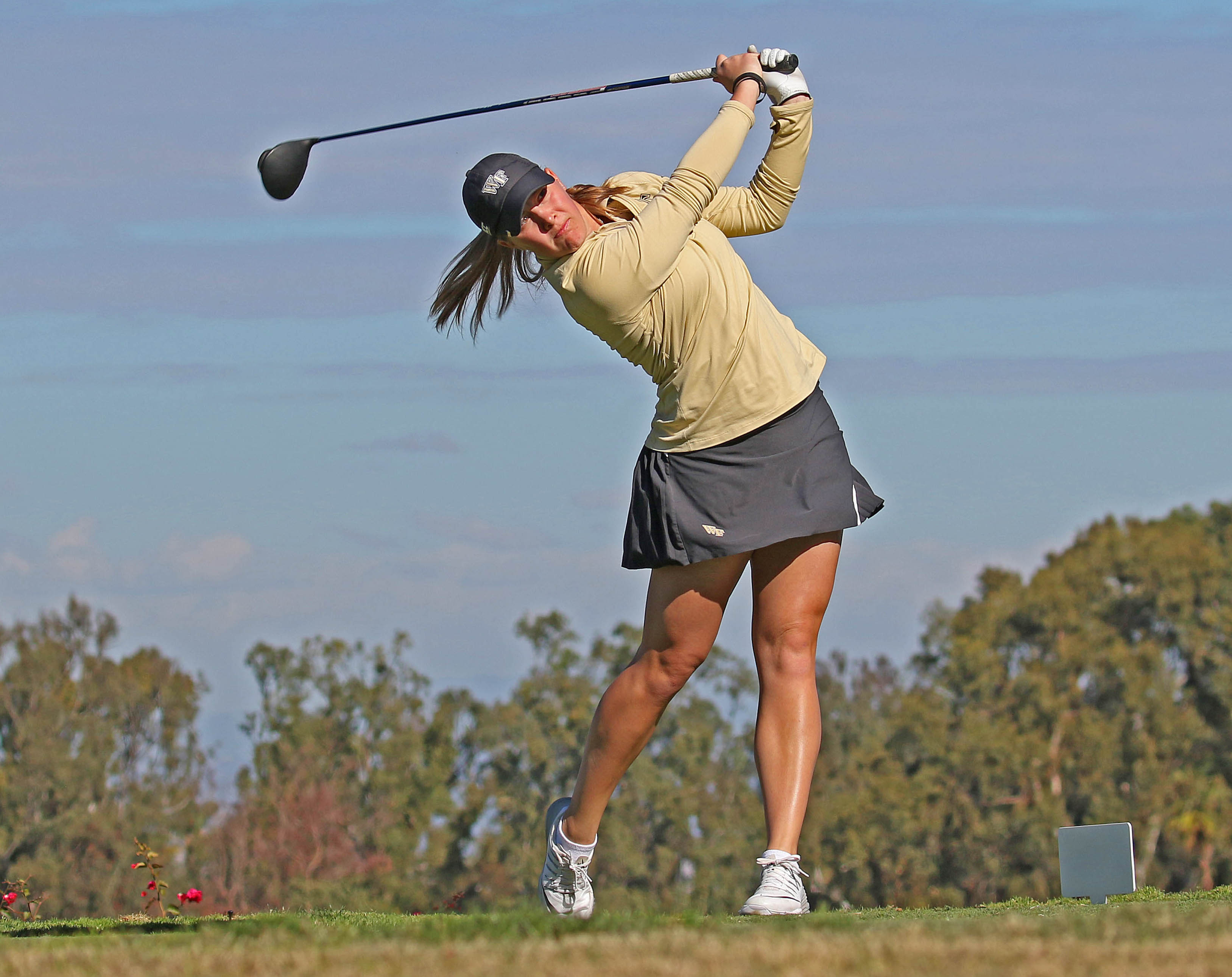 Jennifer Kupcho of Westminster has won individual titles at the last two NCAA Regional tournaments in which she’s competed.

And she’s certainly in the mix to make it three in a row, though she has several strokes to make up.

The Wake Forest senior (pictured in a photo by Ken Assmus) shot a 1-under-par 71 on Monday at the Norman, Okla., Regional, which leaves her in 13th place with two rounds remaining. After a four-birdie, three-bogey day, the defending NCAA individual champion trails leader Michaela Fletcher of Memphis by three.

In order for Kupcho to make a fourth trip to the NCAA Championship Finals — which will be held May 17-22 in Fayetteville, Ark. — she’ll either have to qualify with her team or as an individual. The top six team finishers out of each 18-school regional field will advance, along with the top three individuals not on those teams.

As a team, Wake Forest sits in eighth place after day 1, three strokes out of the top six.

— The University of Denver women share 11th place out of 18 teams after round 1 of the Opelika, Ala., Regional.

Freshman Trussy Li shot a 2-over-par 74 to lead the way for the Pioneeers individually as she’s tied for 20th place. Junior Mary Weinstein of Highlands Ranch posted a 75, good for 34th place.

— University of Colorado junior Kirsty Hodgkins, competing only as an individual in the East Lansing, Mich., Regional, fired an even-par 72 on Monday and shares 14th place at that site.

Hodgkins made one birdie and an 18th-hole bogey to go along with 16 pars.

The Thunderwolves shot a 42-over-par 326, leaving them 25 strokes behind leader Oklahoma Christian. Senior Orakorn Thirayatorn, the RMAC individual champion, led the way for CSU-Pueblo on Monday with an 8-over-par 79, good for 23rd place.

Julia Baroth of Colorado-Colorado Springs, competing only as an individual, likewise carded a 79.

The top four teams and top four individuals not on those teams after 54 holes will advance to the national championships, set for May 14-18 in West Palm Beach, Fla.