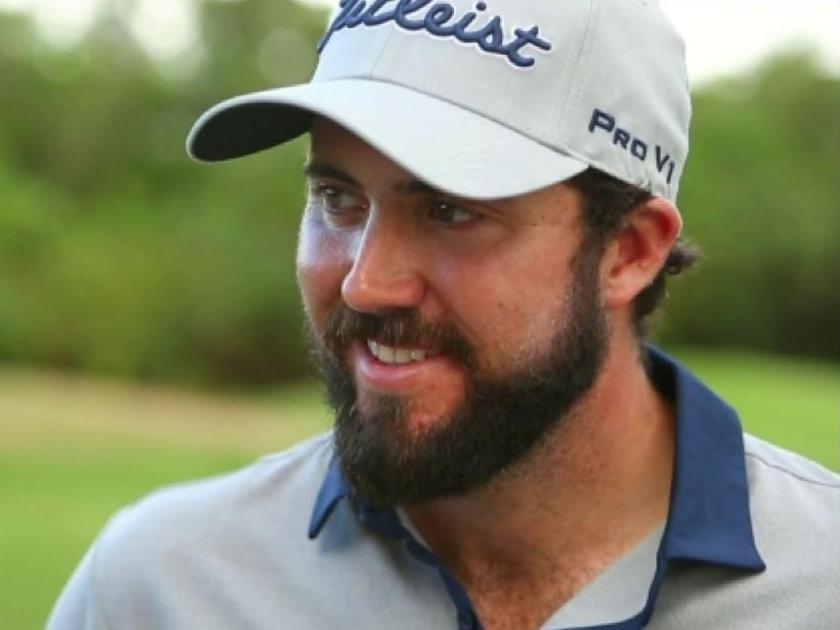 Mark Hubbard did not lock up regaining his PGA Tour card on Sunday, but he’s certainly getting close.

The 29-year-old Denver native, who won in February on the Web.com Tour, finished tied for third on Sunday in the circuit’s Knoxville Open in Tennessee despite closing with a bogey on the par-5 18th.

The top 25 finishers on the Web.com Tour’s regular-season points list will earn PGA Tour cards for the 2019-20 wraparound season. And in 2018, the player who placed 25th in the Web’s regular season earned a little more than $167,000. Obviously, that amount varies year to year, but about a dozen tournaments remain in the regular season, including the TPC Colorado Championship at Heron Lakes in Berthoud July 11-14.

With Sunday’s showing, Hubbard is projected to stand sixth on the Web’s 2019 points list.

Hubbard played in the PGA Tour for three seasons, but lost his card at the end of 2017.

Hubbard, who hadn’t made a bogey or worse in his first three rounds, started off Sunday with a stroke-and-distance penalty leading to a double bogey. He ended up the final day with three birdies, a bogey and a double bogey for an even-par 71 and a four-round total of 13-under 271. Robby Shelton, who won for the second time in May — both in Tennessee — checked in at 269.

Also recording a top-10 in Knoxville on Sunday was Boulder native George Cunningham, who grew up in Louisville. Cunningham went 70-68-68-67 for an 11-under 273 total, placing a season-best seventh.

Elsewhere on tour for players with strong Colorado connections:

— Former Fort Collins resident Tom Whitney, the leader on the PGA Tour Latinoamerica money list in 2019, continues to pour it on.

The former Air Force Academy golfer finished fourth on Sunday in the BMW Jamaica Classic in Montego Bay. The 30-year-old, who won on PTLA three weeks ago, recorded his third top-10 in six events this year.

Whitney played his final seven holes in 2 under par — despite a bogey on 18 — and shot a 2-under 70 on Sunday. He ended up at 18-under 270, three strokes behind champion Evan Harmeling of the U.S.

Tonje Daffinrud tied for 10th in the event, while Eleanor Givens placed 13th.

Daffinrud made seven birdies on Sunday and closed with a 5-under-par 67 to check in at 1-over 289, seven strokes behind champion Celine Herbin of France.

Givens carded a final-round 76 and finished at 291.

The three-time U.S. Women’s Open champion shot a 9-over-par 80 in the final round to check in at 24-over 308, 23 strokes behind champion Helen Alfredsson.

Here are the round-by-round scores for the local players who missed the cut in the U.S. Senior Women’s Open:

But the weekend was a different matter for the 2001 CGA Amateur champion. Jertson went 79-79 on Saturday and Sunday to post a 19-over-par 299 total, which left him in 82nd place — last among those who played four rounds.

Jertson was one of three PGA of America “club pros” who made the cut at Bethpage.