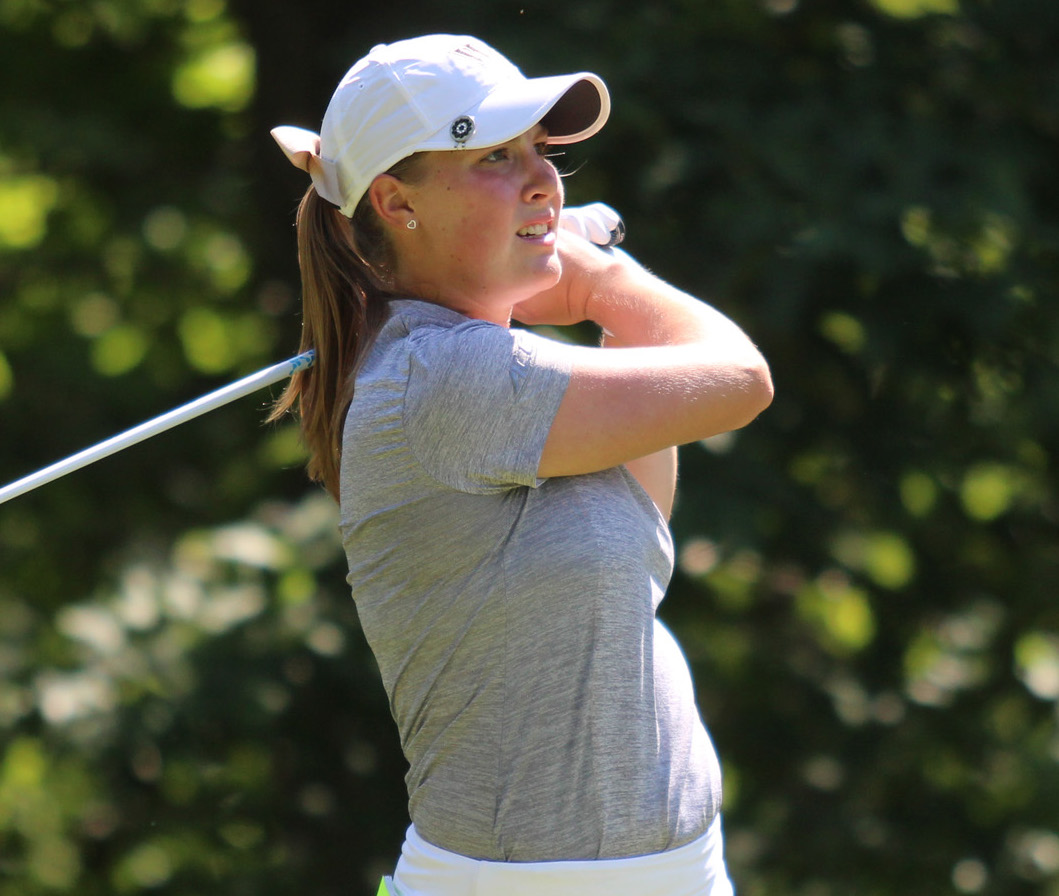 Between not being in peak form this week and the stroke-play portion of NCAA nationals being reduced to 54 holes because of inclement weather on Saturday, Jennifer Kupcho is extremely unlikely to become the first woman to win two Division I national titles.

But there’s still plenty on the line for the Westminster resident as she enters the final day of stroke play on Monday in Fayetteville, Ark.

First, let’s look at where the defending champion stands in her final tournament as an amateur:

Kupcho (pictured in a Wake Forest photo) completed just one hole on Sunday after it was announced on Saturday night that the stroke-play part of the tournament was being changed from four rounds to three. The Wake Forest senior bogeyed that one hole, giving her a 3-over-par 76 in round 2 and an 8-over 154 total at Blessings Golf Club. That leaves her in a tie for 52nd place, 12 strokes behind leader Sierra Brooks of Florida and 11 back of Bianca Pagdanganan of Arizona and Maria Fassi of Arkansas, the runner-up to Kupcho at the Augusta National Women’s Amateur who is competing on her team’s home course.

As for goals on Monday for Kupcho, the No. 1-ranked amateur in the world:

— With a great round, posting her fourth top-10 individual finish in four years at nationals isn’t out of the question. Kupcho — who has gone sixth, second and first at the event — is seven strokes out of the top 10 going into the final round.

— And she’ll be aiming to play in the match-play portion of nationals for the first time in her career at the school. The top eight team finishers in stroke play will advance to match play, which begins on Tuesday. At the end of play on Sunday, Wake Forest was tied for ninthplace with a 24-over-par total, one stroke out of eighth.

Meanwhile, 2018 CGA Women’s Match Play champion Kennedy Swann, who transferred from Clemson to Mississippi in January, holds down sixth place individually at 1-over-par 147 after a 71 on Sunday.