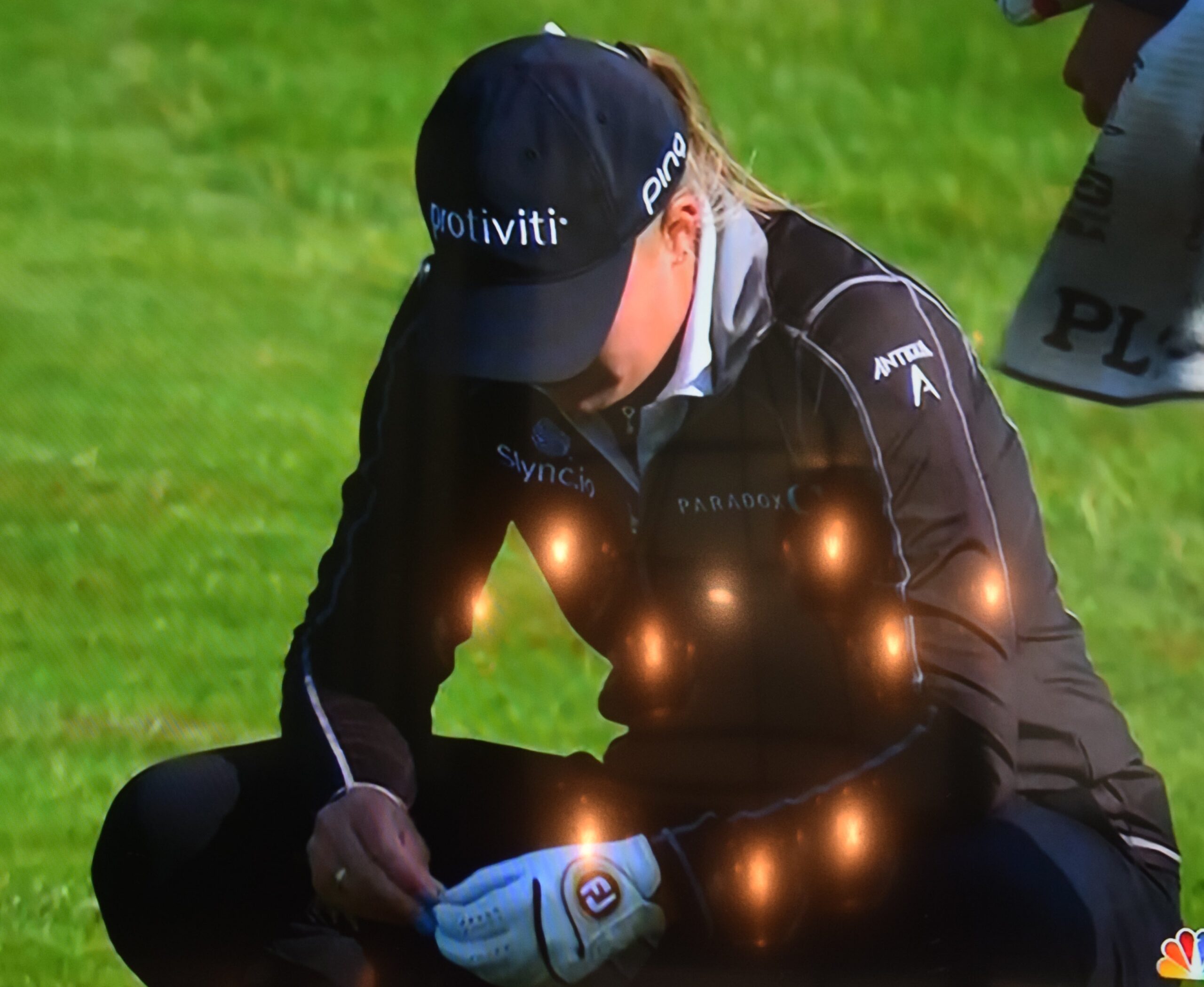 Jennifer Kupcho pauses after hitting into the water on the 72nd hole in Northern Ireland.
(Golf Channel Telecast)

Someday, Jennifer Kupcho may look back on what happened Sunday as adversity she overcame on the way to further success. But immediately in the wake of the moment, it stung, without a doubt.

That showed on the Colorado native’s face after she hit her third shot into the water on the par-5 18th at the ISPS Handa World Invitational in Northern Island. The 24-year-old, seeking her first LPGA victory, led by one through 16 holes on Sunday and shared the top spot going into No. 18.

But on the 18th, Kupcho’s second shot finished in the rough, leaving her with little green to work with en route to the pin, with water short and left. After backing off the shot initially, Kupcho pulled her third and it splashed into the water.

After a moment, she squatted down, looking at the ground in disappointment — perhaps disbelief.

Kupcho ended up making a 15-footer for bogey after taking her drop, but finished one stroke out of a playoff involving Pajaree Anannarukarn and Emma Talley, who she led by one through 70 holes. Anannarukarn ended up with the title after a playoff that lasted two holes.

So Kupcho, winner of the 2020 CoBank Colorado Women’s Open, keeps knocking on the door, but hasn’t yet kicked it down on the LPGA Tour.

Sunday marked the ninth top-10 of Kupcho’s LPGA career, with four of those having come in 2021. All told, she has three second places, a third, a fourth, a fifth, a seventh, a ninth and a 10th.

Liselotte Neumann Can’t Overtake Annika: Part-time Aspen-area resident Liselotte Neumann eagled the opening hole on Sunday to inch within a stroke of fellow Swede Annika Sorenstam at the U.S. Senior Women’s Open. But overtaking Sorenstam in the final round wasn’t in the cards in Fairfield, Conn.

So Sorenstam, who won the 1995 U.S. Women’s Open at The Broadmoor in Colorado Springs, prevailed at the USSWO by eight strokes in her first try at the event, and Neumann finished second on Sunday.

Here are the scores for all the players with significant Colorado connections who competed at the U.S. Senior Women’s Open:

For all the scores from Brooklawn Country Club, CLICK HERE.

Colorado Resident Places 16th in Men’s Olympic Golf: Scott Vincent, who resides in Castle Rock and plays out of Colorado Golf Club, tied for 16th place out of 60 golfers at the men’s Olympic golf competition in Saitama, Japan.

For all the scores from the men’s Olympic golf, CLICK HERE.

This coming week, former University of Denver golfer Tonje Daffinrud from Norway will compete in the women’s Olympic golf.