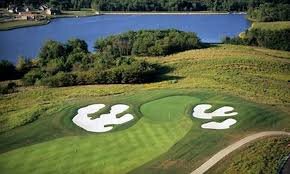 A team representing Colorado tied for fifth place out of 20 on Sunday in the U.S. Mid-Am Team Championship in Kansas City.

The Coloradans ended up even par for three rounds at Creekmoor Golf Cub, 14 strokes behind the team champions from Texas North. The top three scores per four-man team were counted each day.

The U.S. Mid-Am Team Championship is not affiliated with the USGA.

For all the results from Kansas City, CLICK HERE.

Breaking a string of four straight overall winning teams from Colorado — specifically Lakewood Country Club — were Jordan Wilson of Village of Loch Lloyd, Mo., and Allen Schlup of Overland Park, Kan. They went 66-68-69-66 for a 269 total and a three-stroke victory in Traditions Flight One.

For almost 75 years in the 20th century, The Broadmoor Invitation was considered one of the nation’s top amateur events. Among its winners were Hale Irwin and fellow World Golf Hall of Famer Lawson Little, along with two-time U.S. Amateur champion Charlie Coe. But its run ended in 1995. It was resurrected in 2014 as a scratch four-ball championship for amateurs.