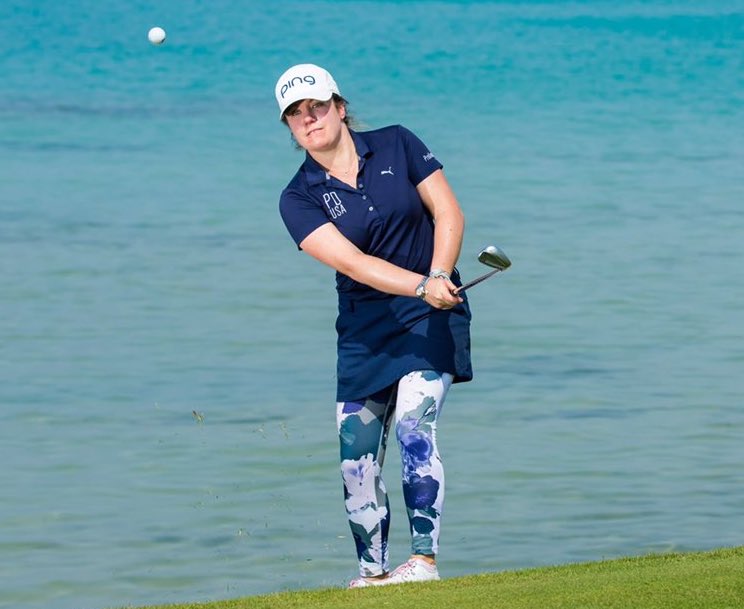 Former University of Denver golfer Ellie Givens has taken quite a shine to the Ladies European Tour’s swing through Saudi Arabia.

Last week at the Aramco Saudi Ladies International, Givens tied her best LET finish since 2013. Then on Thursday, she matched her best LET showing ever.

Givens tied for sixth place in the individual portion of the inaugural Saudi Ladies Team International. The English golfer carded scores of 72-68-68 for an 8-under-par 208 total, which left her six strokes back of winner Emily Kristine Pedersen of Denmark, who won both Saudi events as well as this week’s team title.

The performance was worth 4,557 euros to Givens, who has recorded three top-15 finishes in her last four LET starts. Her team placed second on Thursday, earning her an additional 14,115 euros.

In her seven rounds in the Saudi events, Givens’ average score was 70.4.

“I’ve played some really nice golf in Saudi with all 7 of my rounds being at par or better,” she said on Twitter. “… What a fortnight!”

For all the scores this week in Saudi Arabia, CLICK HERE.

Elsewhere in tour events this week:

— For the second time this fall, University of Colorado freshman Hailey Schalk of Erie has recorded a top-5 finish on The Cactus Tour.

On Wednesday in Apache Junction, Ariz., the three-time girls Colorado state high school individual champion placed fifth in a 22-person field and was the low amateur.

Schalk, who won The Cactus Tour’s Colorado National Women’s Amateur on her home course in early October, carded scores of 71-68-69 for an 8-under-par 208 total, which put her seven strokes behind winner Nishtha Madan of India.

Schalk ended up with 15 birdies and seven bogeys over the three rounds.

— Former Colorado School of Mines golfer George Markham tied for ninth on Thursday at the Outlaw Tour’s CGU Championship in Phoenix. Markham went 68-71-67 for a 7-under-par 206 total. He finished 10 strokes behind champion Michael Feagles, an amateur from Scottsdale who shot a final-round 61.