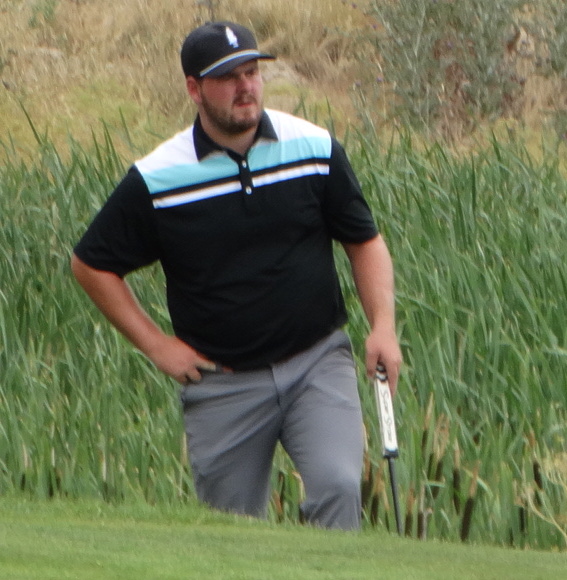 Kyler Dunkle‘s rookie season on PGA Tour Canada has been a mixture of very good and not so good, and this week definitely proved to be the former.

Dunkle, who grew up in Colorado and won the 2018 CGA Amateur, tied for second on Sunday in the Players Cup in Winnipeg, marking the best showing of his young tour career.

It was Dunkle’s second top-five finish on PGA Tour Canada, but since the first he had missed three straight cuts, then placed 40th and 30th before being the runner-up on Sunday. Dunkle’s previous best showing on PGA Tour Canada was a fifth at the GolfBC Championship two months ago.

Dunkle (pictured), a former state high school champion in Colorado and the winner of two college tournaments in the state, shot rounds of 67-69-69-70 for a 13-under-par 275 total, which left him one stroke behind champion Derek Barron, who closed with a bogey.

— Wyndham Clark saw his rookie season on the PGA Tour end one tournament earlier than he hoped, but a very successful season it was.

Clark, who grew up in Colorado, made a big jump to qualify for this week’s BMW Championship, but needed another big one — into the top 30 in the FedExCup points list — in order to land a spot in the Tour Championship. Instead, he’ll have to be satisfied with finishing 64th on the season-long points list. Clark posted three top-10 finishes this season.

At the BMW Championship in Medinah, Ill., he placed 31st in the 70-man field, shooting 69-73-65-73 for an 8-under-par 280 total and ending up 17 strokes behind champion Justin Thomas. In the first 66 holes of the tournament, he had just one over-par hole, though it was a doozy — a quadruple-bogey 7 on the par-3 second hole in round 2, where he put two balls into the water.

But a bogey-double bogey-bogey finish on Sunday dropped him down the scoreboard considerably.

That gave Lee her seventh top-10 finish of the season on the Symetra Tour, leaving her eighth on the 2019 Symetra money list, one spot in front of fellow former CU golfer Jennifer Coleman. The top 10 finishers on the season-long money list will earn their LPGA Tour cards for 2020.

Creel placed 32nd in the Nationwide Children’s Hospital Championship in Columbus, Ohio on Sunday, and seven of the players ahead of him had already landed their PGA Tour playing privileges for next season.