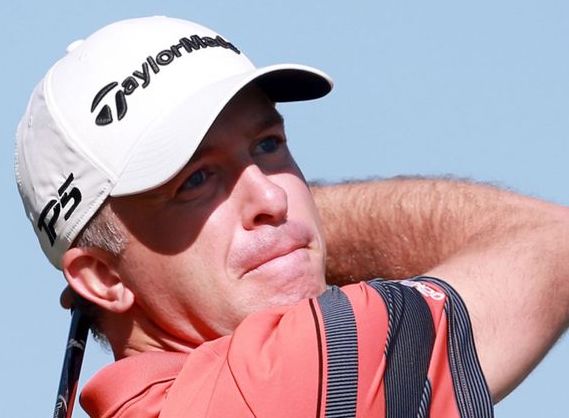 A stellar final round at the Barbasol Championship — the PGA Tour event opposite the British Open — on Sunday helped former Colorado State University golfer Martin Laird in his quest to retain his tour card for the 2019-20 season.

With the top 125 players in FedExCup points as of the night of Aug. 4 remaining fully exempt for next season — and qualifying for next month’s playoffs — Laird was 129th heading into this week’s Barbasol Championship in Nicholasville, Ky.

But after tying for sixth at Barbasol, Laird (pictured) moved up to the 123rd position in the points standings.

Thanks to a bogey-free 9-under-par 63 on Sunday, the former Ram golfer recorded his best finish on the PGA Tour since placing third at the Quicken Loans National two years ago. He eagled the par-4 first hole, draining an 80-yard second shot, and added seven birdies to end up at 21-under-par 267, five strokes behind champion Jim Herman.

Torrid Play Continues for Former CU Golfers Coleman, Lee: If the Symetra Tour season were to end today — it actually wraps up on Oct. 6 — two former University of Colorado golfers would be earning their LPGA Tour cards for 2020.

Former Buffs Esther Lee and Jennifer Coleman have been top-10 machines on the Symetra circuit in recent months, and the result is that they’re both now in the top 10 on the 2019 money list. And the top 10 at season’s end are awarded LPGA Tour cards for next season.

After both former CU golfers landed top-three finishes on Sunday at the Danielle Downey Credit Union Classic in Rochester, N.Y., Lee now sits in eighth on the money list at $57,878, while Coleman is ninth at $56,267.

Coleman finished solo second in Rochester, a distant seven strokes behind winner Patty Tavatanakit. Coleman went 70-72-64-69 for a 13-under-par 275 total, which earned her $16,913. Over the final two rounds, she made two eagles, 10 birdies and three bogeys.

In her last seven starts on the Symetra Tour, Lee owns one second-place finish, three thirds and a fourth.

And in Coleman’s last seven starts, she has a second and three thirds.