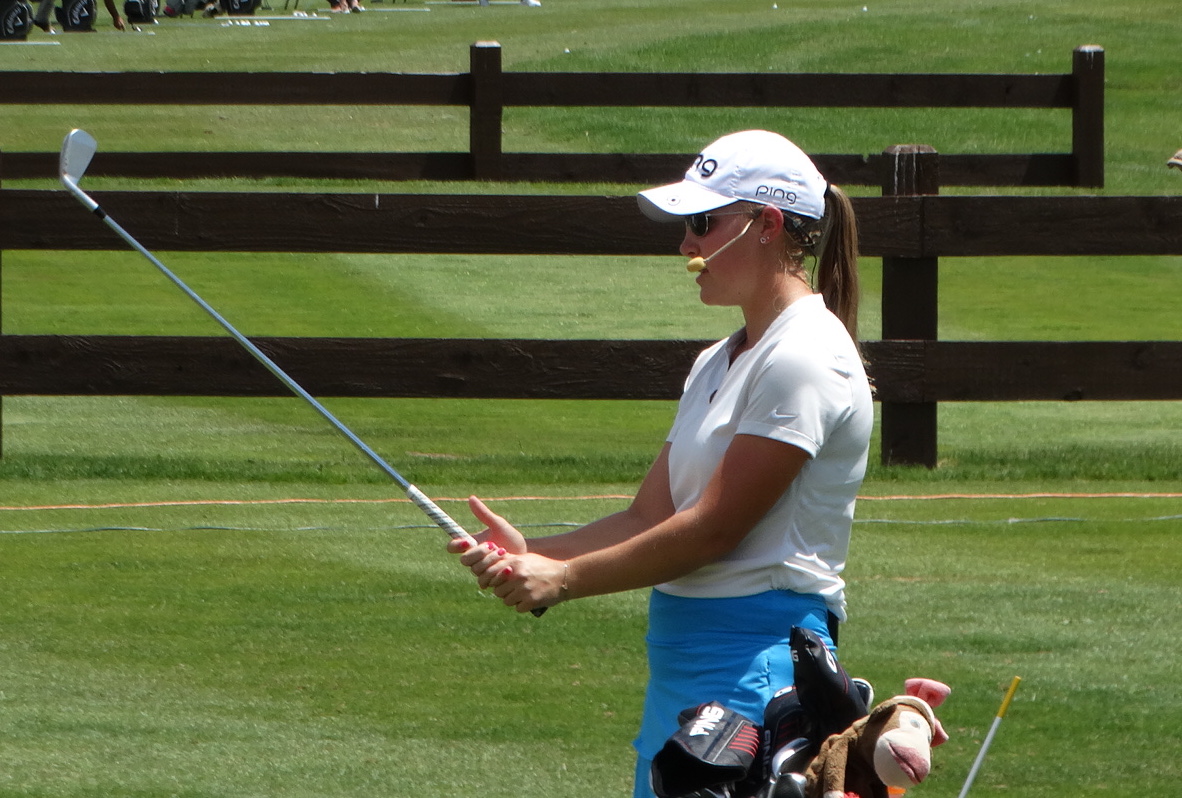 Perhaps it shouldn’t have come as any major surprise that Westminster’s Jennifer Kupcho would post her first top-10 finish on the LPGA Tour at the Marathon Classic in Sylvania, Ohio.

After all, it was a year ago at that tournament that the Coloradan — then an amateur — went into the final round in fifth place and ended up with a 16th-place showing, which had been her best finish ever in an LPGA event.

Until Sunday, that is.

Now about a month and a half into her pro career, Kupcho (pictured) tied for fifth this weekend at the Marathon Classic. She went 67-66-69-71 for an 11-under-par 273 total, which left her 11 strokes behind winner Sei Young Kim. Kupcho made two birdies and two bogeys in the final round.

The top-10 was a welcome showing for Kupcho after two straight missed cuts on tour.

In addition, the result earned her one of five qualifying spots into the Aug. 1-4 AIG Women’s British Open for players who weren’t already qualified.

Meanwhile, Becca Huffer of Monument, who earlier this year won the CoBank Colorado Women’s Open, made her first cut ever on the LPGA Tour, placing 76th in Ohio with a 294 total. The showing earned her $3,298.

Elsewhere for locals in tour golf:

Saunders made seven birdies on Sunday and closed with a 6-under-par 65 in the final round to check in at 15-under 269, which left him six strokes behind champion Dylan Frittelli.

Saunders came into the week 170th on the season-long PGA Tour money list.

— Former University of Colorado golfer Esther Lee continued her stellar run on the Symetra Tour, this time placing fourth on Saturday in the Donald Ross Classic in French Lick, Ind.

Since the beginning of May, Lee has record five top-10 finishes, including four top-4s. The result is she has vaulted into eighth place on the 2019 money list with $50,219. At season’s end, the top 10 players on that money list will be awarded LPGA Tour cards for 2020.

On Saturday, Lee birdied two of the last three holes to shoot a final-round 67 and end up at 8-under-par 205, five strokes behind winner Patty Tavatanakit. Lee earned $9,307.