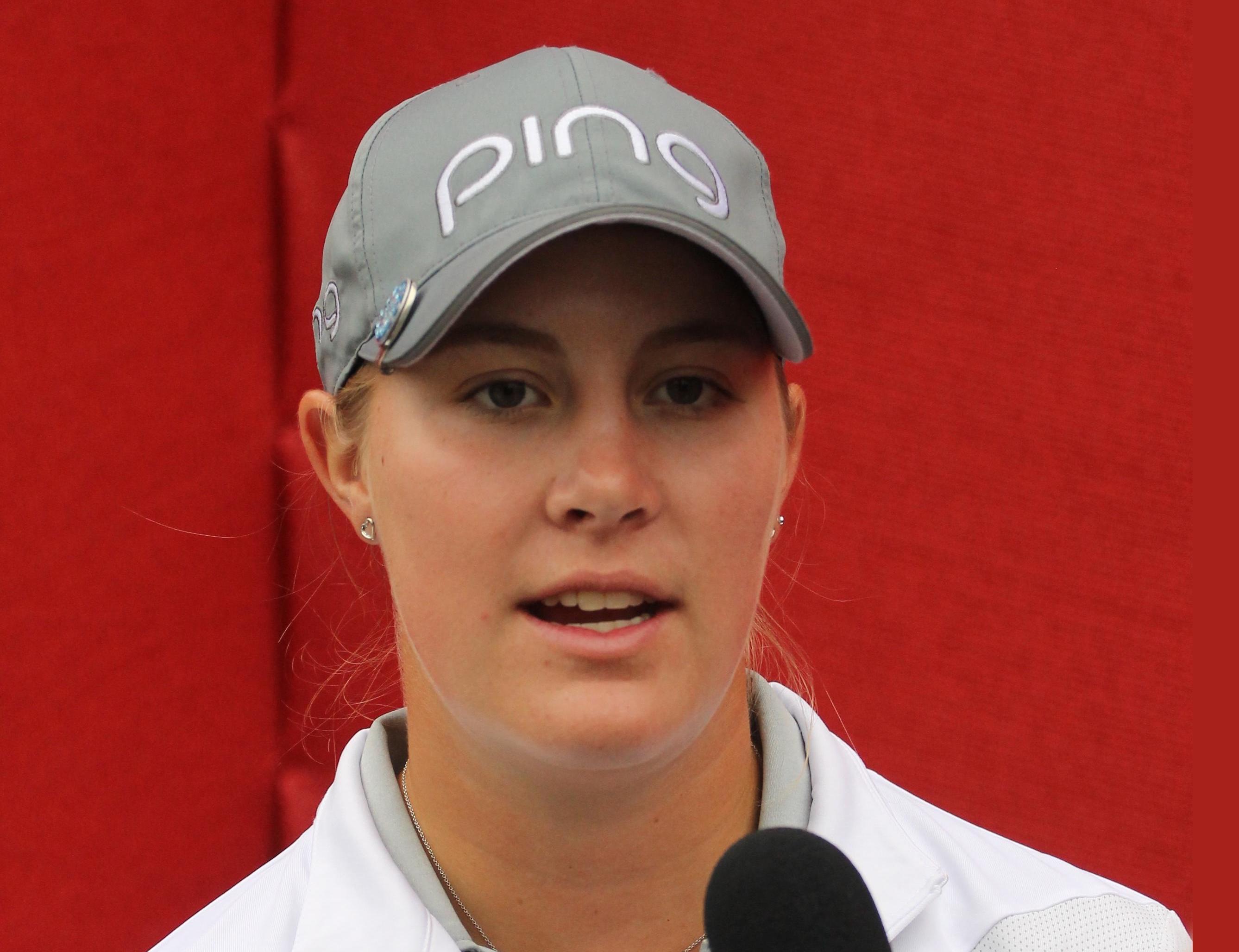 After making a birdie on the fourth hole of Sunday’s final round, Jennifer Kupcho shared second place at the Meijer LPGA Classic and appeared to have an outside chance to win an LPGA title in just her third professional start.

Alas, four holes do not a final round make.

While the Westminster resident (pictured) went bogey-free through her first eight holes on Sunday, things started to unravel in the middle of her round, not only costing her a shot at the victory, but dropping her out of the top 10 and the top 20. It was also costly in terms of prize money.

While Kupcho obviously had much bigger things in mind going into Sunday, she earned $18,242, giving her $36,661 in three pro starts. That leaves her in 111th place on the season-long money list as she deferred her LPGA membership until completing her final semester at Wake Forest last month.

Elsewhere for local professional players and in Colorado pro events:

Dunkle made five birdies and two bogeys in the final round.

— Former University of Colorado golfer Esther Lee continued her strong play this spring on the Symetra Tour by tying for third Sunday in the Forsyth Classic in Decatur, Ill.

In the last two months, Lee has placed second in a playoff, third, ninth and 13th.

This time, the former Buff fired a 5-under-par 67 in Sunday’s final round for a 10-under 206 total. She ended up three strokes behind winner Jillian Hollis. Lee carded six birdies and a bogey in the final round.

— Sam Saunders of Albuquerque, N.M., captured the title Sunday in the Navajo Trail Open at Hillcrest Golf Club in Durango. A final-round 5-under-par 67 gave him at winning total of 11-under 202, earning him $5,500. Chandler Smith-Stetson, also of Albuquerque, shared second place at 202 with Andrew Buckle of Scottsdale, Ariz.