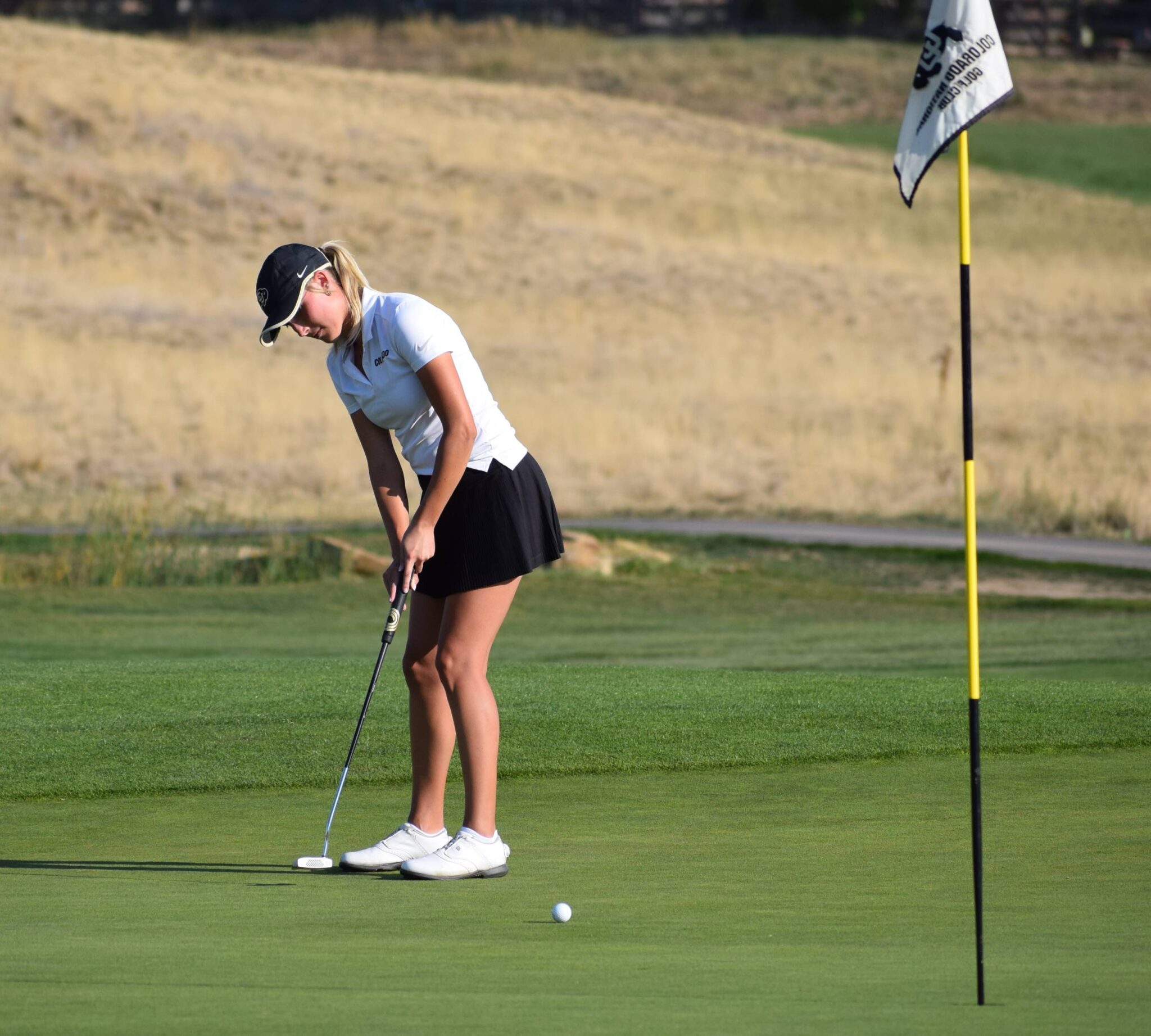 Hailey Schalk of Erie, who won the Colorado National Women’s Amateur on The Cactus Tour in October, finished second out of an eight-player field on Friday in the tour’s CoBank Colorado Women’s Open Prep event at CNGC, Schalk’s home course.

The University of Colorado golfer posted scores of 73-70-75 for a 2-over-par 218 total, finishing 10 strokes behind winner Gabriella Then of Rancho Cucamonga, Calif. Then, a former University of Southern California All-American, went 70-68-70 at Colorado National.

For the tournament, Schalk made seven birdies and nine bogeys.

Schalk, a three-time state high school individual champion, is in the field for next week’s Colorado Women’s Open, set for Wednesday through next Friday at Green Valley Ranch Golf Club in northwest Denver.

For all the scores from Colorado National, CLICK HERE.

— Chris Korte of Littleton and two other golfers who played in college at Colorado-based schools, recorded top-6 finishes on Wednesday in the Outlaw Tour’s TPC Champions Classic in Scottsdale, Ariz.

For all the scores from the TPC Champions Classic, CLICK HERE.