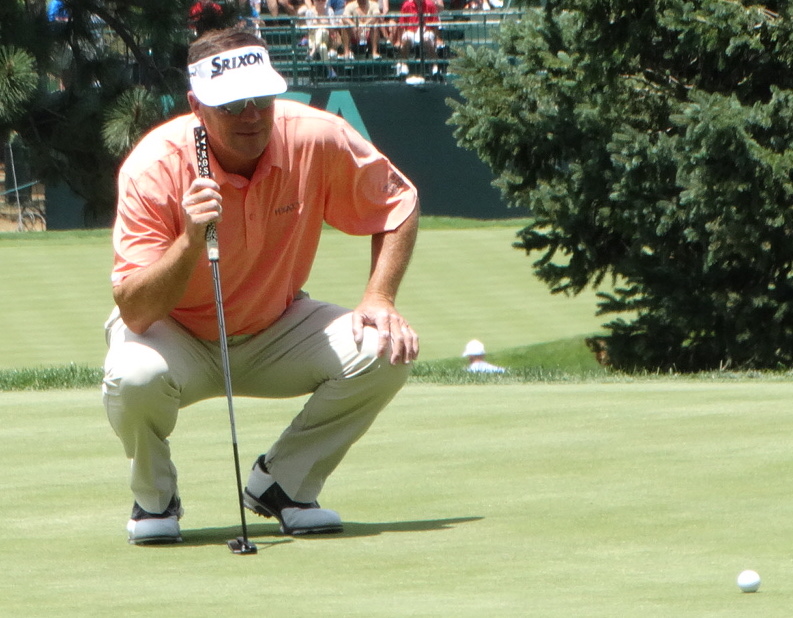 Colorado Golf Hall of Famer Brandt Jobe hasn’t scored a victory this year on PGA Tour Champions, but he’s made himself a regular on leaderboards.

Jobe, who lived in Colorado from 1970 to ’99, finished tied for eighth on Sunday in the Rapiscan Systems Classic in Biloxi, Miss. That marked his third top-10 performance in six Champions starts in 2019, when he’s placed no worse than 24th in any tournament.

For his Champions career, Jobe (above) now owns 23 top-10 finishes in 70 starts, with one victory.

In Mississippi, Jobe carded three consecutive rounds of 1-under-par 71 for a 3-under 213 total, which left him four strokes out of a playoff.

Elsewhere on major tours for players with significan Colorado connections:

— Former Fort Collins resident Tom Whitney is no stranger to top-10 finishes on PGA Tour Latinoamerica, so it was no surprise to see him chalk up another one on Sunday in the season opener for that tour.

It was the fifth career top-10 on the Latinoamerica circuit for Whitney, with the other four coming in 2016.

Coleman, an LPGA Tour regular in 2017, carded scores of 71-72-73 to post an even-par 216 total. She ended up four strokes behind champion Jillian Hollis, who qualified in Colorado for the 2018 U.S. Women’s Open.

Coleman had missed the cut in both of her previous Symetra starts in 2019.