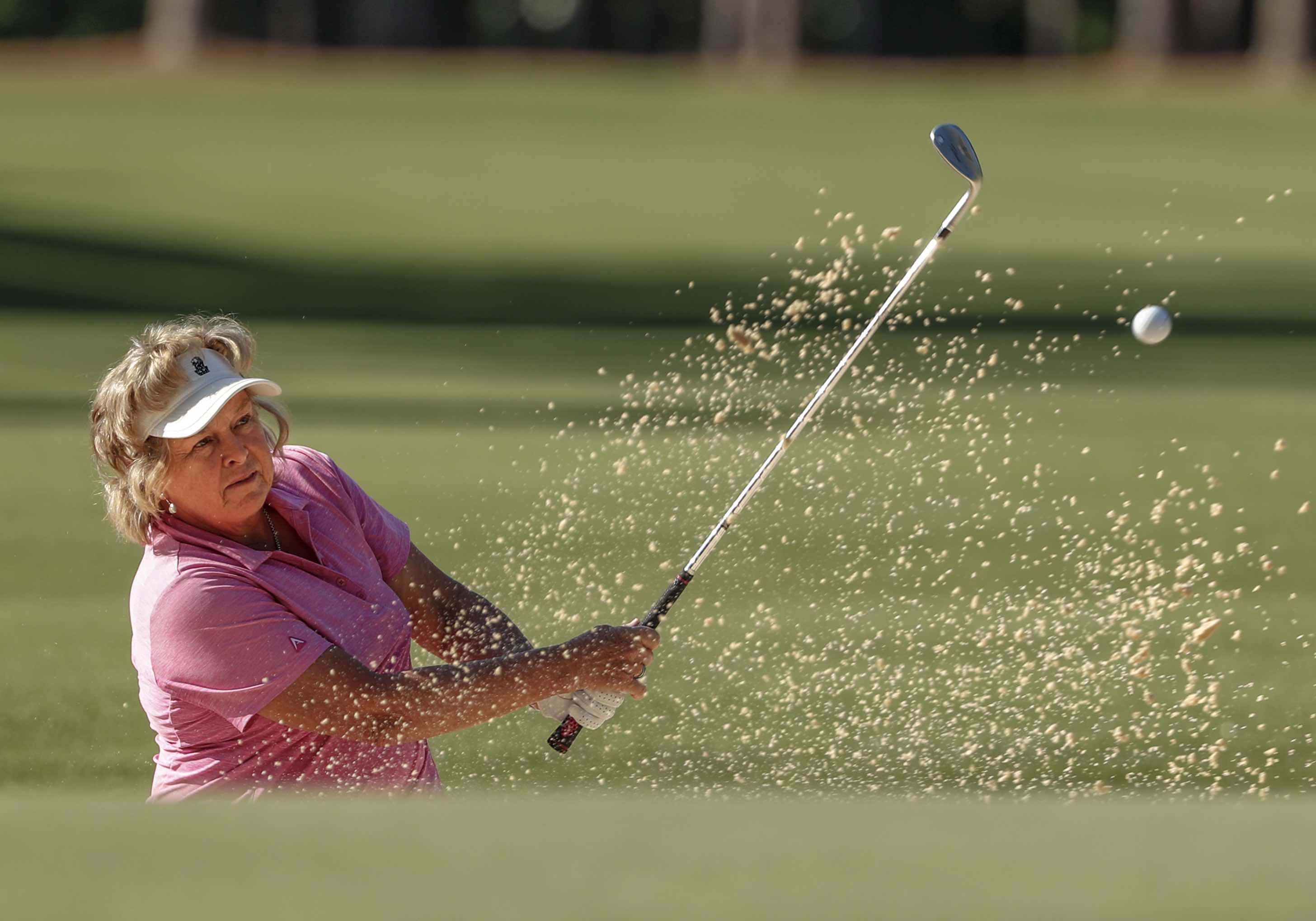 On a day no player matched or bettered par, part-time Colorado resident Hollis Stacy fired a 5-over-par 76 on Thursday and shares 18th place out of 120 golfers at the second U.S. Senior Women’s Open, at Pine Needles in Southern Pines, N.C.

Stacy, a World Golf Hall of Famer who has won six USGA championships including three U.S. Women’s Opens, made 13 pars and five bogeys in the opening round and trails leader Danielle Ammaccapane by four.

(Stacy is pictured above in a USGA-copyrighted photo by Chris Keane.)

As for the other players with strong Colorado ties competing this week, Colorado Golf Hall of Famer Kim Eaton opened with a 78 (32nd place), while part-time Gunnison resident Marilyn Hardy shot a 79 (47th place), Kristine Franklin of Broomfield an 82 (76th place) and Colorado PGA professional Sherry Andonian-Smith of Centennial also with an 82.

Eaton birdied her first and last holes of the day.

The field will be cut to the top 50 players and ties after Friday’s second round of the 72-hole event.

Here are the scores for the players with strong Colorado connections at the U.S. Senior Women’s Open:

— Elsewhere, former Colorado School of Mines golfer Marty Jertson has yet to make a cut in seven career appearances on the PGA Tour, but he’s put himself in position to break the ice on Friday.

Jertson, a Ping vice president who won the 2001 CGA Amateur, shot a 2-over-par 72 on Thursday at Bethpage Black in Farmingdale, N.Y., and shares 51st place with Tiger Woods and others after round 1 of the PGA Championship.

With the top 70 players and ties after two rounds making the cut, Jertson will advance to the weekend if he remains where he is after Friday.

Jertson, making his fourth PGA Championship start, double bogeyed his first hole, but followed that up with nine straight pars and played the following three holes in 2 under par. A couple of bogeys down the stretch left him at 72.

For all the scores from the PGA Championship, CLICK HERE.