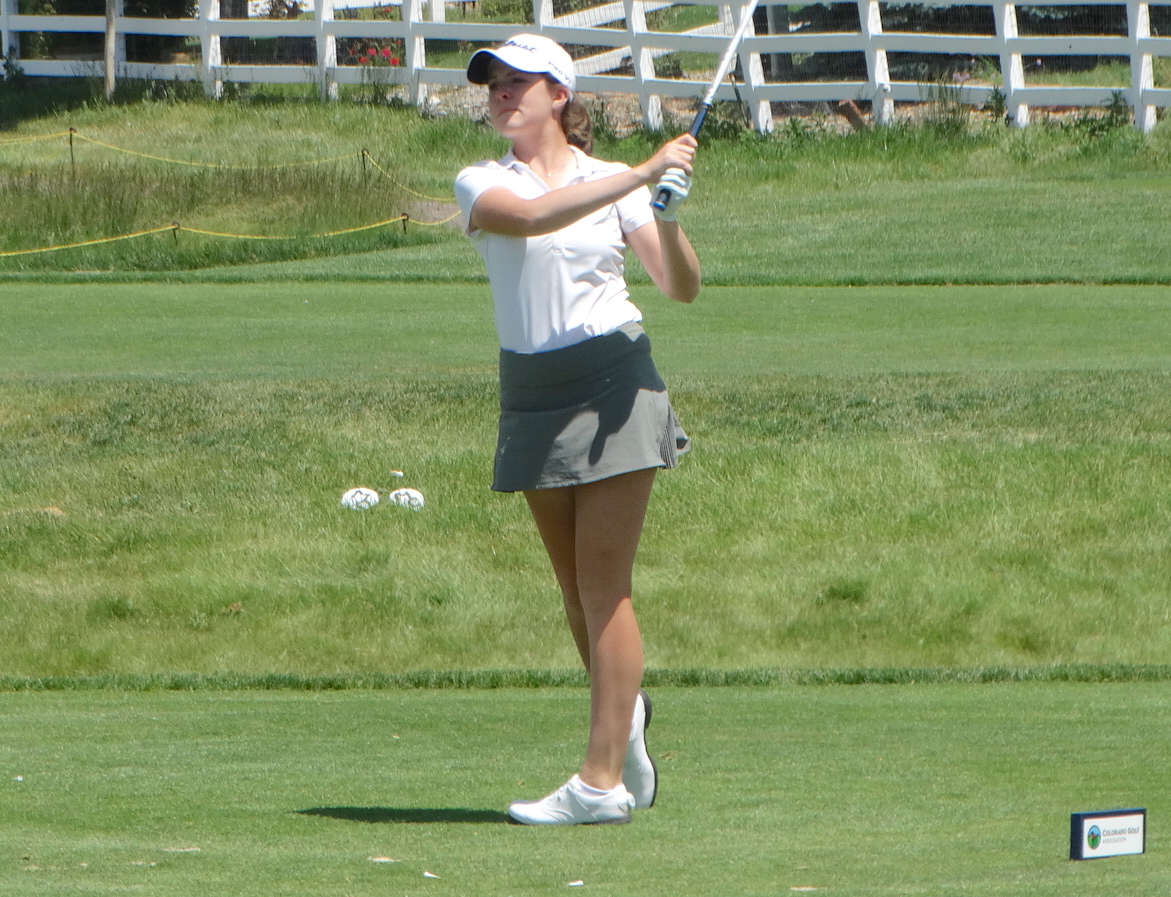 In a big week for junior players on the national and international level, Charlotte Hillary of Cherry Hills Village shot a 2-under-par 68 and shares 10th place out of 144 players after Tuesday’s first round of the Girls Junior PGA Championship in Hartford, Conn.

Hillary, twice a winner of the Junior Golf Alliance of Colorado’s Tour Championship, made five birdies and three bogeys in round 1. The 17-year-old (pictured), who will play golf at Northwestern beginning in the fall of 2020, is three shots behind co-leaders Sara Im of Duluth, Ga., Yuka Saso of the Philippines and Phoebe Brinker of Wilmington, Del.

Play will continue through Friday. See results below for all the Colorado contestants.

Meanwhile, numerous Coloradans began competing on Tuesday in the IMG Academy Junior World Championships in the San Diego area. The top local performer from day 1 was Jack Hughes of Snowmass Village, who won the AJGA Hale Irwin Colorado Junior last month and will play golf at the University of Colorado. He opened with an even-par 72, which leaves him in 26th place in the 207-player field.

Below are scores of the local golfers from round 1 of the Junior Worlds. Play will continue through Thursday in most divisions, with the oldest juniors who make the cut completing action on Friday.