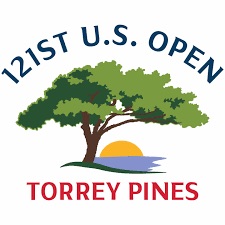 14 players will advance to U.S. Open final qualifying from 3 ‘local’ sites in Colorado

One of the most unique opportunities in sports is at hand after a year’s hiatus.

There aren’t many chances for elite-level amateurs or non-tour pros in any individual sport to — in the course of a month — go from a relative unknown to playing in one of the most prestigious sports events on the planet. But that’s the case in golf with the U.S. Open, where such players can punch their tickets to competing in a major championship.

Granted, the odds are L-O-N-G, but it can happen. A player has to perform at a very high level at two separate stages of qualifying, but it occurs virtually every year in the lead-up to the U.S. Open. In 2019, for example, 17 players advanced through local and final qualifying to compete in the Open. Ken Venturi (1964) and former Fitzsimons regular Orville Moody (1969) won the U.S. Open after going through both stages of qualifying.

For many Colorado-based hopefuls, the dream begins with 18-hole U.S. Open local qualifying, set for three sites in the first half of May: at Collindale Golf Course in Fort Collins on Tuesday, Walnut Creek Golf Preserve in Westminster on May 10, and CommonGround Golf Course in Aurora on May 13. Collindale has hosted U.S. Open local qualifying since 2003.

Only four players at Collindale (out of 65), and five each at Walnut Creek and CommonGround (84 competitors each), will advance to to the 36-hole final stage of qualifying. There, similarly long odds await to land berths in the U.S. Open itself, set for June 17-20 at Torrey Pines in San Diego.

In all, the USGA accepted 9,069 entries for the 2021 U.S. Open a year after qualifying for the 2020 tournament was nixed due to Covid-19 safety concerns. Across the U.S. and Canada, 110 U.S. Open local qualifying tournaments are planned this spring.

A smattering of those competing in Colorado this month have successfully negotiated the qualifying process before, making it to the promised land of the U.S. Open. Among them are Derek Tolan of Denver (as a 16-year-old in 2002; competing this time at Collindale); Jason Preeo of Littleton (in 2010, when he made the cut; teeing it at up at Collindale); Steve Irwin of Golden (in 2011; competing at Walnut Creek); and Nick Mason of Parker (in 2014, playing at Walnut Creek).

Also playing at Collindale, where he advanced from U.S. Open locals five consecutive years (2014-18), is Parker Edens of Fort Collins; along with former CGA Players of the Year Davis Bryant of Aurora and Steven Kupcho of Westminster; two-time Junior Golf Alliance Boys Player of the Year Dillon Stewart of Fort Collins; and former Fort Collins resident Matthew Liringis, who has made it to final qualifying from Collindale in 2015, ’16 and ’19.

At Walnut Creek, joining Irwin and Mason will be Jim Knous of Littleton, who owns a PGA Tour card; past CoBank Colorado Open champion Zahkai Brown of Golden; local college standouts Cal McCoy of Highlands Ranch (University of Denver) and Daniel O’Loughlin of England (University of Colorado); pros Josh Seiple of Castle Rock and Jake Staiano of Englewood, and Jon Lindstrom of Denver, runner-up in the 2020 CoBank Colorado Senior Open.