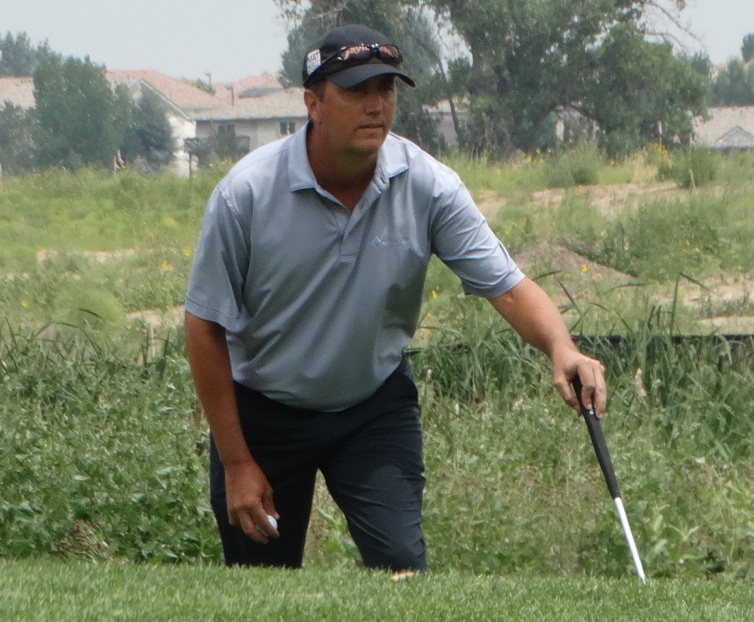 Shane Bertsch of Parker appears to be in the Q-school groove.

Last month in the first stage of qualifying for PGA Tour Champions, the 1998 Colorado Open champion finished third out of a 64-man field to easily advance to the final stage.

And, through Wednesday’s second round of that final-stage tournament in Scottsdale, Ariz., Bertsch shares seventh place out of a 78-man field.

Bertsch (pictured) shot a 4-under-par 67 in round 2, giving him a 5-under 137 total with two rounds remaining. The Coloradan made six birdies and two bogeys on Wednesday.

After Friday’s fourth round, the top five finishers will earn fully-exempt status for 2020 on PGA Tour Champions. Through two days, there was a two-way tie for fifth place at 6 under par.

All three players with strong Colorado ties in the field in Scottsdale posted rounds in the 60s on Wednesday. Gary Hallberg of Niwot carded his second straight 69, which left him at 138 and in 14th place. And former Durango resident Tom Kalinowski recorded a 68, putting him at 139 and in 23rd place.

Hallberg played his final 10 holes in 3 under par on Wednesday, while Kalinowski was 3 under for his final five.

Stephen Leaney of Australia leads the competition after 36 holes at 11 under par.

Here are the round-by-round scores for players with strong Colorado ties competing in the final stage of Champions Q-school this week: