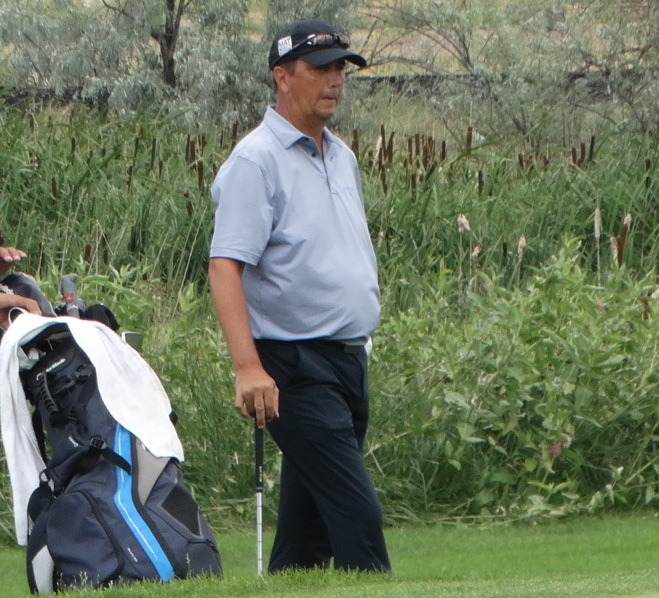 Want a recipe for success in elite-level golf?

In the case of Parker resident Shane Bertsch, those are his scores so far in PGA Tour Champions Q-school. The first four rounds led to a third-place finish in a first-stage tournament. The last three scores are what he’s posted so far in the final stage, which leaves him tie for second place with one round remaining in Scottsdale, Ariz.

If the 1998 Colorado Open champion can go low — or semi-low — in Friday’s final round, he’ll likely be the proud owner of fully-exempt status on the 2020 PGA Tour Champions. The top five finishers on Friday will earn that status, and through 54 holes, Bertsch sits at 11-under-par 202. Those tied for fifth place are at 10-under 203.

On Thursday, Bertsch made five consecutive birdies — from hole 6 through 10 — en route to a 6-under-par 65 that included seven birdies overall.

Bertsch, who has competed in 194 PGA Tour events in his career, trails only Swede Robert Karlsson — an 11-time winner on the European Tour — out of the field of 78 this week in Scottsdale. Karlsson leads by one over Bertsch, American Paul Stankowski and Australian Stephen Leaney.

Here are the round-by-round scores for players with strong Colorado ties competing in the final stage of Champions Q-school this week: