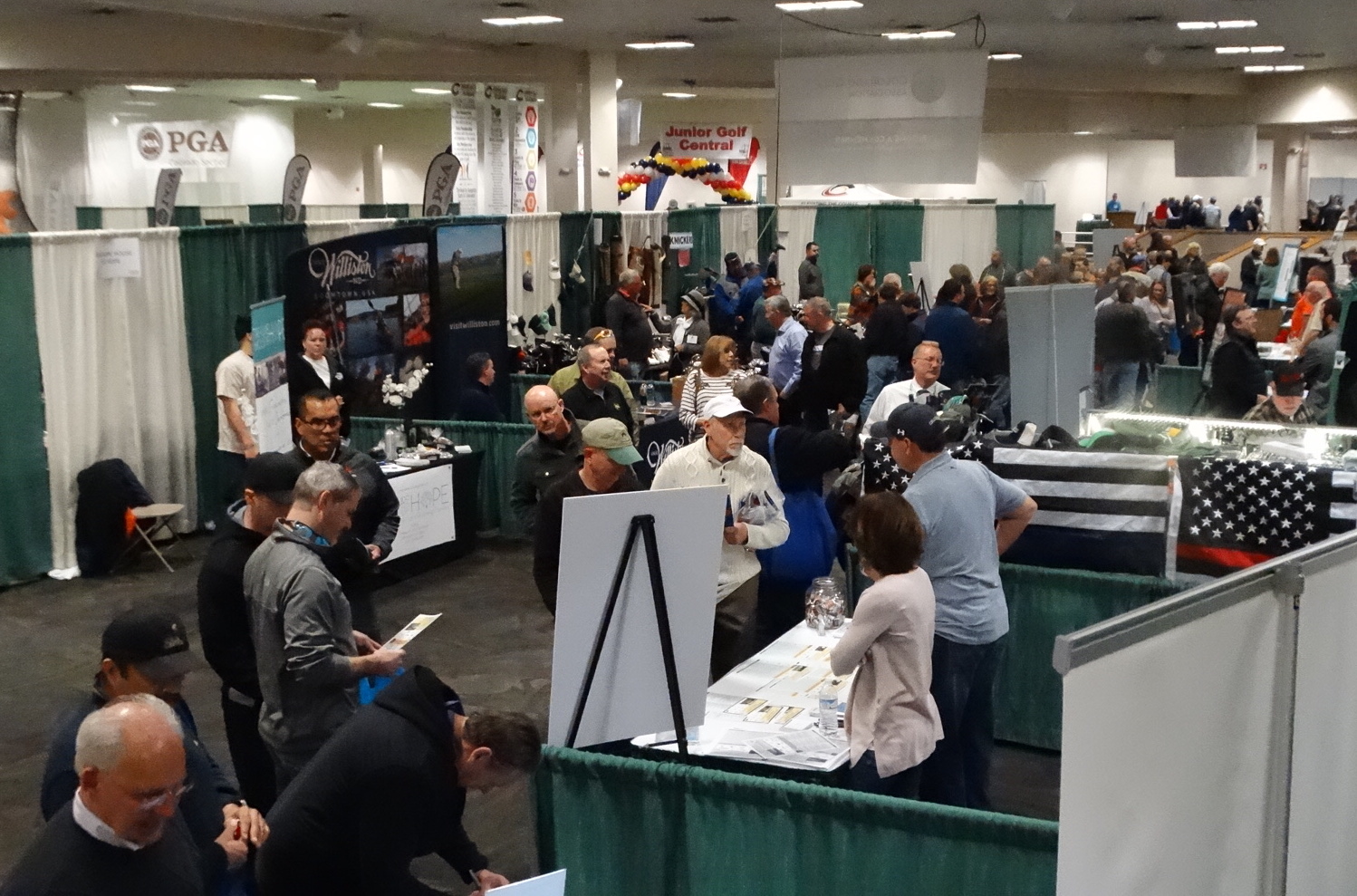 Mark Cramer is a big fan of golf, and has been for the great majority of his life. “It’s always been a touchstone for me, going all the way back to my teens,” he said on Friday. But Cramer, unlike many hard-core golfers in Colorado, wasn’t in the least upset to see snow flying and temperatures plummeting on Monday.

That has everything to do with Cramer’s role, along with wife Lynn, as owner and operator of the Denver Golf Expo, which will be held Friday through Sunday (Feb. 7-9) at the Denver Mart (I-25 and 58th Ave.).

You see, there’s such a thing as ideal weather for the Expo, which is totally unrelated to ideal weather for playing golf. When there’s snow on the ground, it’s snowing during the show, and/or it’s cold, that’s probably a plus for Expo attendance as golfers aren’t able to play during the show’s run. But there’s a second part to the equation: The weather shouldn’t be so bad that it prevents people from venturing out to come to the Expo.

The early-week snow might accomplish the first part of that recipe for success. As for the weekend weather, it might also cooperate with Mark Cramer’s wishes, but we’ll have to wait and see about that.

The Cramers are hoping to build on last year, when attendance at the Denver Golf Expo was the highest since 2012. The turnout for the three-day show was 9,937, which narrowly missed the 10,000 mark and wasn’t that far off from the record turnout of 11,202 in 2008.

“We were within 63 of 10,000 last year,” Mark Cramer said. “I think the new normal is about 9,500 now with all the (Baby) Boomers breaking down like myself, getting out of the golf game and retiring on fixed incomes — whatever. But the Gen Xers are coming into management, and I’m starting to see a hell of a lot more foursomes. Millennials are starting to show up at the course as well. So this year I think we’ll go over 10,000.

Meanwhile, this year’s show will feature about 120 exhibitors — a very similar number as last year. There’s a little of everything, including large exhibits representing major organizations in the state (the CGA, the Junior Golf Alliance of Colorado, the Colorado Golf Hall of Fame and others); 10-minute free lessons conducted by Colorado PGA professionals; contests (long putt challenge, long drive challenge and closest-to-the-pin challenge); Lenny’s Golf Shop; a club testing area and driving range; and The First Tee of Denver’s pitching lessons and contest. Also at the show, up for grabs will be a grand prize — a trip for two to Bandon Dunes Golf Resort in Oregon. And, of course, there will be plenty of deals on golf products, rounds, travel, etc.

“This show (succeeds) because of the CGA and the (Colorado) PGA coming in with their support and seeing the value in this being a good kickoff to the year for the Colorado golf industry,” Cramer said. “The mission I had when we took over the show back in 2000 was to make it a winter gathering of the Colorado golf industry. It’s kind of come to pass, but it wouldn’t have come to pass unless the PGA and the CGA stepped up to do the Junior Golf Central area and the lessons and the seminars; the First Tee of Denver doing the pitching lessons; plus all the exhibitors and the sponsors. We don’t have the manpower here to do all that (without them).”

Expo seminars will be held on the main stage starting at 11 a.m. each day, with topics ranging from the Rules of Golf to golf fitness, from club fitting to putting, from instruction of all sorts to practice routines. Among those conducting the seminars are two recent national honor winners: Nick Clearwater of GolfTEC (3 p.m. on Friday) and Dee Tidwell of Colorado Golf Fitness Club (11 a.m. on Saturday). Clearwater was named one of the “50 Best Teachers in America” by Golf Digest. Tidwell was among the “50 Best Golf-Fitness Trainers in America, also according to Golf Digest.

As backdrop to the festivities at the Expo, 104.3 The Fan Radio will broadcast a show each day on Friday and Saturday from the Expo. Former Broncos receiver Brandon Stokley and Zach Bye will be on hand Friday (noon to 3 p.m.) and Jerry Walters’ “In the Fairway” show will air on Saturday.

Another backdrop — in this case in the last two hours of the show on Saturday and Sunday — will be something new. Musician Joel Ansett will play in “The Turn Lounge” area.

“The idea behind it is it will (change) a little bit of the ambience,” Cramer said. “It’s moving the things toward a more festival feel. In particular, the Millennial, Gen-X generations, they like the happenings that pop up in neighborhoods when they bring in the food trucks and have people playing music. They go, ‘This is great. They’ve got food, music. It’s fun.’ That’s the idea with this.”

For more regarding the Denver Golf Expo, click on the following: HOURS AND COST, and GENERAL INFORMATION.

For a previous story on the CGA and Junior Golf Alliance of Colorado plans for the Expo, CLICK HERE.