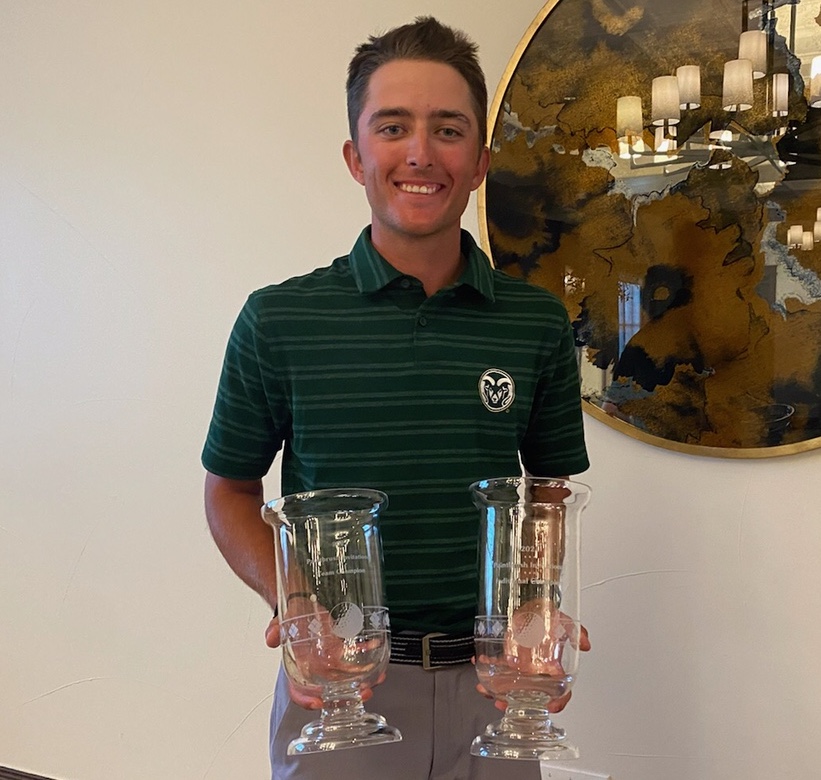 CSU's Davis Bryant picked up the first individual victory of his college career.

The fall portion of the college golf season lasts two months or less, but it’s always action-packed, particularly in Colorado, which hosted seven NCAA Division I tournaments in September and October. Most DI programs play 4-6 fall events before taking a break of three months or so from intercollegiate competition, then cranking up for the “spring” schedule.

For the nine Colorado-based DI programs collectively, the last fall tournament took place earlier this month. Before memories fade too much, it’s worth revisiting some of the highlights of the fall from a local perspective.

The Colorado State men won the first two of their four fall tournaments, both victories coming in Colorado (CSU’s Ram Masters Invitational at Fort Collins Country Club for the seventh straight year and the Paintbrush Invitational at Colorado Golf Club).

It should be noted that of the Coloradans who posted two or more individual top-10 finishes in Division I events in the fall, two were high school teammates at Lakewood HS: 2021 CGA Amateur champion Griffin Barela (now at Wisconsin) and Castiglia. Castiglia notched first-, fourth- and seventh-place individual showings in the fall, while Barela had two thirds.

Below, we’ll note various autumn highlights, including national team and individual rankings, and top-30 individual finishes for Colorado residents — both those competing for in-state and out-of-state DI programs:

NATIONAL RANKINGS FOR COLORADO-BASED DIV. I TEAMS AND OTHER COLORADANS

COLORADANS AT IN-STATE DIV. I SCHOOLS WHO HAVE POSTED TOP-30 INDIVIDUAL FINISHES IN FALL

COLORADANS AT OUT-OF-STATE DIV. I SCHOOLS WHO HAVE POSTED TOP-30 INDIVIDUAL FINISHES IN FALL