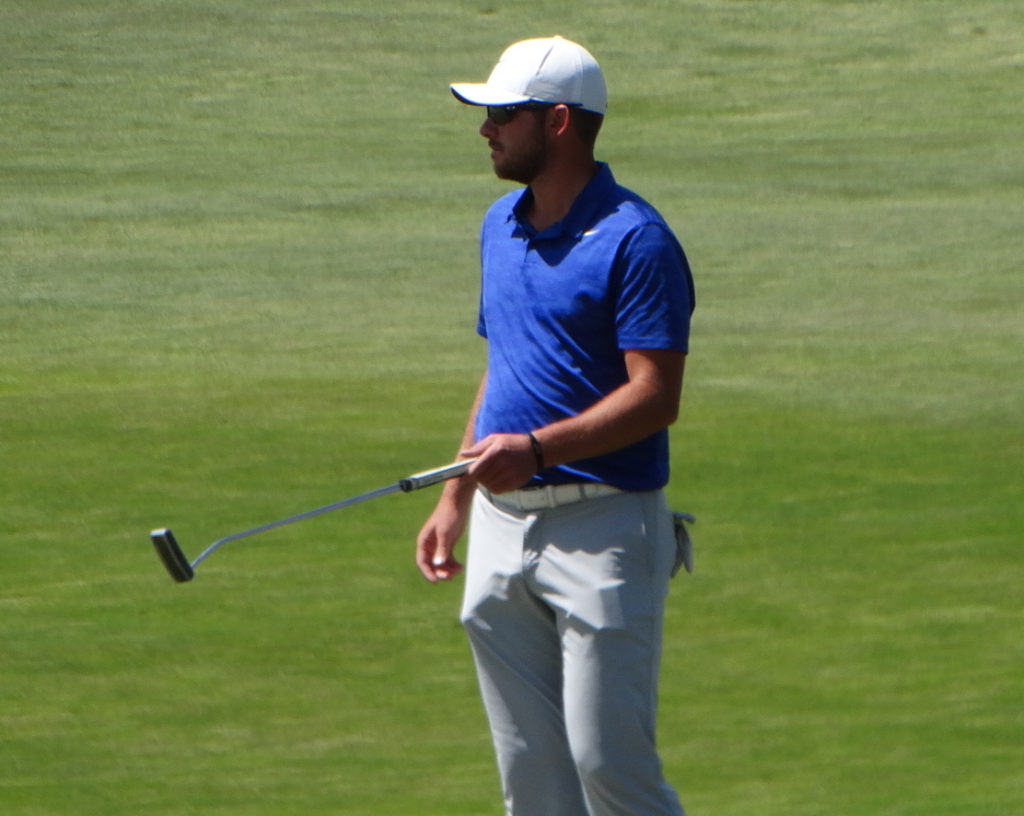 Maybe a regional title isn’t enough for Colorado Christian golfer Chase Carlson. Perhaps only a national championship will do.

The redshirt junior, who won the individual title at the NCAA Division II West/South Central Regional earlier this month, will go into Wednesday’s final round of the DII nationals tied for second place in Daniels, W.Va.

Carlson, competing only as an individual this week, shot a 5-under-par 67 on Tuesday to check in at 5-under 139 for two rounds, which leaves him a stroke back of leader Sam Broadhurst of Lincoln Memorial.

Carlson (pictured), a former Washington state amateur champion, made an eagle, six birdies and three bogeys in round 2.

Last week, Carlson was co-medalist in a U.S. Open Local Qualifier in Colorado that will send him to the 36-hole Sectional Qualifying round on June 3.