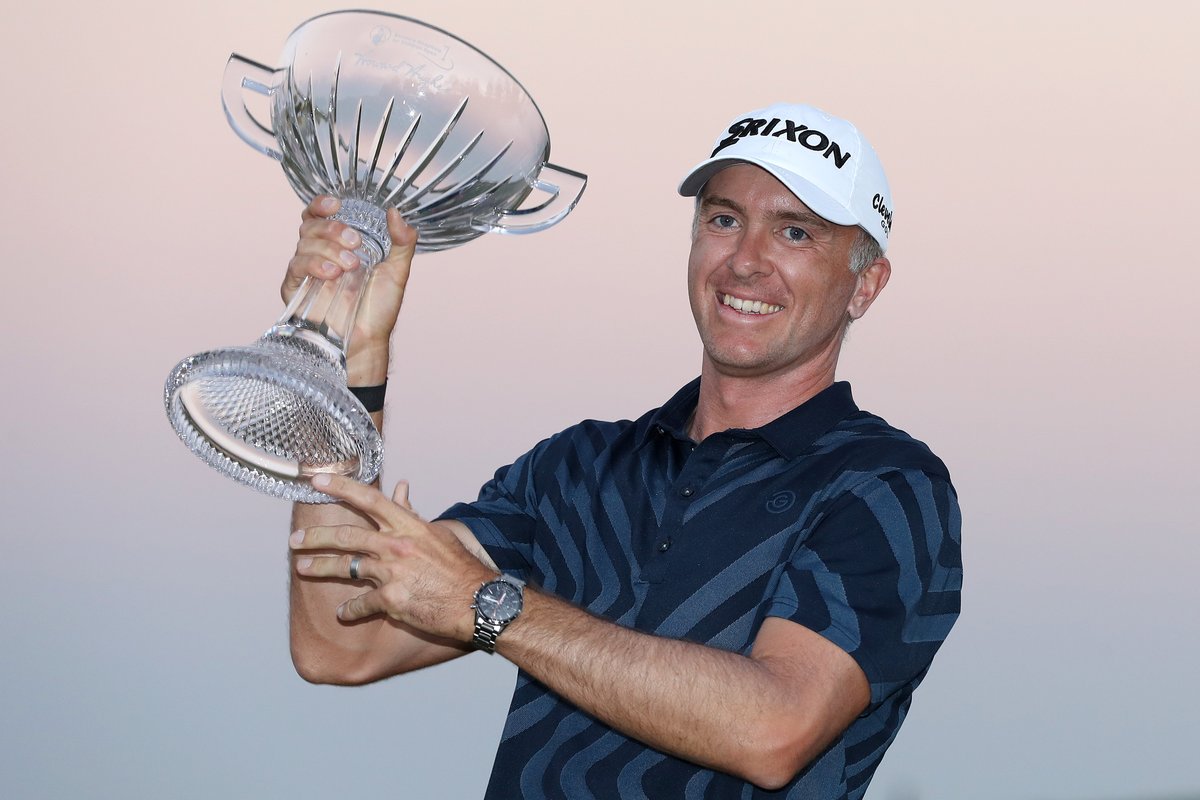 It was a rare weekend for fans of tour golfers who have strong Colorado connections.

Several players with local ties all had chances to win big-time tour events.

— There was Colorado native Jennifer Kupcho at an LPGA major.

— There was George Cunningham, who was born in Boulder County, at the Orange County National Championship on the Korn Ferry Tour.

— And you can throw in Colorado Golf Hall of Famer Brandt Jobe, though he wasn’t seriously in contention for a title.

But out of those five players, you had five top-15 finishes and three top-10s.

Oh, and by the way, a victory.

Laird, the Scotsman who had last won on the PGA Tour 7 1/2 years ago, ended his victory drought on Sunday to earn the fourth Tour title of his career.

“This might be the best one because it’s been a while,” he said after earning $1.26 million. “I’ve had a bunch of life changes since my last win. Now I’ve got a couple kids who kept asking me when I was going to win the trophy. It’s going to be nice to take a trophy home for them this time.”

Out of Laird’s four victories, two have in Las Vegas. He also won there in 2009.

On Sunday, the 37-year-old prevailed in a three-man playoff by sinking a hard-breaking 23-foot birdie putt on the second hole of sudden death — a par-3 — to earn the trophy.

Amazingly, it was the third time Laird has been in a Tour playoff in Las Vegas. The 2009 victory came in sudden death (three holes), and he lost in a playoff (four holes) there in 2010, when Jonathan Byrd won with a hole-in-one.

Laird, who was in the field on a sponsor exemption, led for most of the day on Sunday, when he made an eagle, four birdies and three bogeys in regulation. His eagle came on No. 9, where he holed a greenside sand shot of 21 feet — from a buried lie near the lip of the bunker— to give himself a three-stroke lead.

“I hit it as hard as I could, closed my eyes because there was sand everywhere,” Laird said of the bunker shot on No. 9, where he went a remarkable 7 under par in four rounds. “When I turned around and the sand cleared, I saw it landed on the green and start trickling. I was like, ‘Oh my gosh we made it.’ That was obviously a shot I’ll always remember.”

There hadn’t been much to indicate Laird was on the verge of winning a PGA Tour title. In the last 14 months, he’d managed just one top-10 — a sixth place in the Puerto Rico Open in February. In his first three starts of the 2020-21 season, he’d gone missed cut, 65th place and 28th place. It didn’t help that Laird underwent surgery on his left knee in June.

“It was pretty hard for a couple of weeks,” he said regarding the operation. “You’re kind of champing at the bit to get back out, and then I was on the sofa for a month.”

Laird moved from Scottsdale, Ariz., to the Denver area in May and is now playing out of Cherry Hills Country Club.

“My wife is from Colorado (and) I went to school there,” he said. “I always wanted to raise our kids there. I’d been in Arizona a while. I was kind of over the heat.”

As for Clark, after entering the final round two out of the lead in his former hometown of Vegas, a final-round 1-over-par 72 dropped him to a 13th-place finish, his best PGA Tour showing since March. He went 67-63-65-72 for a 17-under total.

Meanwhile, former Colorado School of Mines golfer George Markham, who Monday qualified for the Shriners Hospitals event, made the cut and finished 64th in his first PGA Tour start (70-64-73-74–281).

As for the other local contenders in Tour golf this weekend:

— Kupcho finished seventh on Sunday in the KPMG Women’s PGA Championship, giving her two straight top-7 finishes on the LPGA Tour and her second top-10 in a women’s major.

The Jefferson Academy graduate, runner-up last week in the Shoprite LPGA Classic, was just a stroke out of the lead after 36 holes in the Women’s PGA Championship in Newton Square, Pa., but back-to-back weekend rounds of 1-over-par 71 dropped her back a bit.

— Then there was Jobe, who finished 14th Sunday at the SAS Championship on PGA Tour Champions. The former longtime Coloradan recorded rounds of 69-72-69 in Cary, N.C., and ended six strokes back of champion Ernie Els.