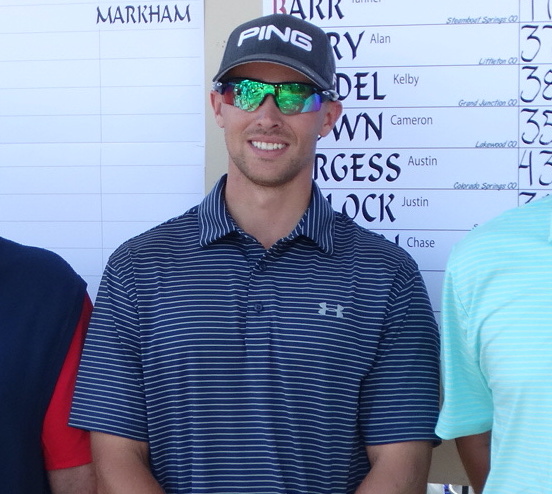 While many of the best golfers in the world — aside from those who play on the PGA and European Tours — were competing Wednesday at the Korn Ferry Tour event in Berthoud, another event not far away was drawing a strong field by local standards.

The Westminster Open at Walnut Creek Golf Preserve featured a $16,400 purse for the open division and $4,980 for the senior open division, both of which were decided by playoffs.

Prevailing in the 47-player open division was former University of Colorado golfer Derek Fribbs, the 2013 CGA Les Fowler Player of the Year.

Fribbs fired a 4-under-par 68 and earned a $4,500 payday. Placing second, also at 68, was Griffin Wood, while third place was shared at 69 by former Colorado School of Mines golfer George Markham, Phillip Yribarren and Oliver Roberts.

Finishing 1-2 in the senior open division were two Colorado-based players on PGA Tour Champions. Shane Bertsch of Parker won with a 2-under-par 70, earning $2,430, while three-time PGA Tour champion Gary Hallberg of Niwot placed second, also with a 70 in regulation, and made $1,350. Tying for third at 71 out of the 14-player field were former Colorado PGA Senior Player of the Year Dale Smigelsky and two-time CGA Match Play champion Brett Dean.

Bertsch, a former Colorado Open champion who has won three times on the Korn Ferry Tour, was the medalist in PGA Tour Champions Q-school in December, earning his card in the process. The Champions season restarts on July 31.

For all the scores from the Westminster Open, click on the following: OPEN DIVISION, SENIOR DIVISION