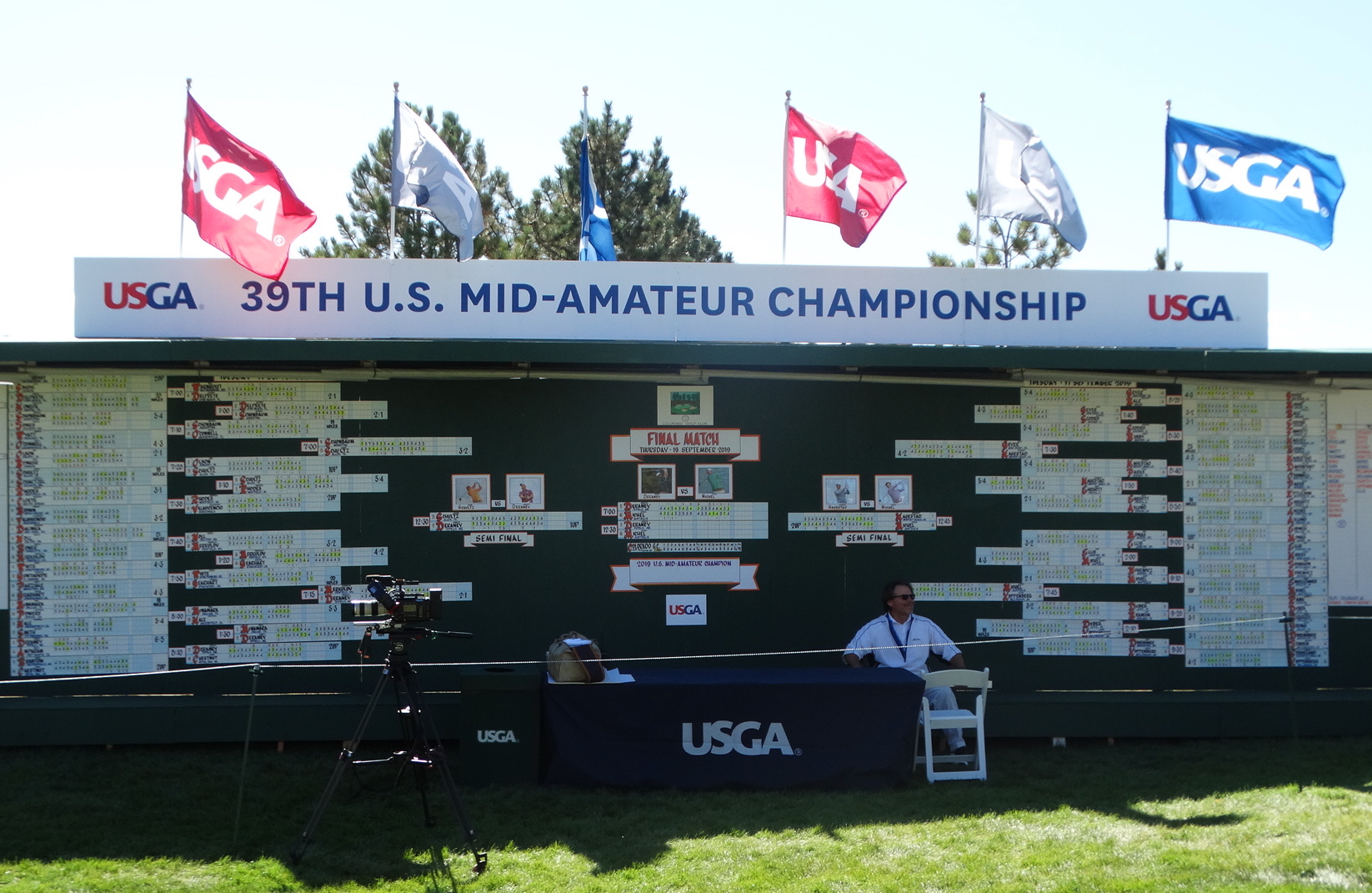 It might not have the panache of a U.S. Women’s Open or a U.S. Senior Open — which have come to Colorado four times between them since 2005.

But the 2019 U.S. Mid-Amateur, which concluded on Thursday at Colorado Golf Club in Parker, appears to have been a hit when compared to similar events.

The competitors — which number 264, all 25 and older — raved about the golf courses that served as hosts: both CGC, the site of both the stroke-play and match-play portions of the event, and CommonGround Golf Course in Aurora, which served as the companion course for the stroke play over the weekend.

They liked the facilities and how they were treated in a first-class manner, which Mid-Am general chairman Mike Korth and the CGC and CommonGround staffs can certainly take as a compliment.

“It’s an awesome golf course,” former University of Colorado-Colorado Springs golfer Jon Olson said of Colorado GC. “If the people aren’t great, it’s not going to be an awesome experience. But the people were even better than the golf course, in my opinion. They’re so welcoming. They want us here. They love every minute of it. They come out to watch. That’s really special. They’re giving this play up for I don’t know how many weeks. For us, it’s a really good opportunity to come out here and enjoy playing somewhere we typically don’t get to.”

As for CGA-owned CommonGround Golf Course, Nick Nosewicz of Aurora, noted, “The course was just awesome. CommonGround held its own. (PGA director of golf Dave) Troyer and the team, they did a fantastic job.”

Bill McCarthy, the championship director for the U.S. Mid-Amateur for the last decade, couldn’t be more effusive in his praise for the host facilities this week.

“I think this was one of the more successful Mid-Am Championships,” McCarthy said on Thursday before the awards ceremony. “This is my 10th that I’ve been in charge of — and probably my 17th or 18th that I’ve worked — and I’m hard-pressed to find two courses that complemented each other as well and challenged our field as well.

“The folks at Colorado Golf Club have been incredible. It’s just a wonderful facility. The CGA and their staff and everybody over at CommonGround were spectacular. I don’t think a single player — even those that missed the cut — had a complaint, other than their level of play maybe. They just had an absolute blast, and so do we as a staff (at the USGA). Personally I can’t thank either organization more.”

Of course, this isn’t the first rodeo for either Colorado Golf Club or CommonGround in helping host big-time golf events. Prior to this month, CGC had been the site of the 2010 Senior PGA Championship and the 2013 Solheim Cup. And CommonGround was the stroke-play companion course for the 2012 U.S. Amateur that Cherry Hills Country Club hosted.

At the U.S. Mid-Am, it also certainly didn’t hurt that the weather for the six-day championship —in addition to the practice rounds — was near perfect: no weather delays, pleasant temperatures, and even the wind didn’t go crazy.

“It’s been a long week, but it’s been great,” Graham Cliff, the PGA director of golf at Colorado Golf Club, said on Thursday. “I think the golf course showcased itself on how it plays and how good it can be for match play and stroke play. And we’re just excited that Mother Nature provided us good weather.

“I got to (serve as starter) on the first tee for the practice rounds, and listening to the players, you could just tell it was genuine that they enjoyed the golf course, enjoyed the staff and what everybody was doing. They genuinely were having a good time, which was the goal of the championship.”

And though nothing is yet in the works, don’t be surprised if another big-time event comes to Colorado Golf Club in the not-too-distant future.

“That’s always been one of the thoughts of the club is doing something every five to 10 years” in that vein, Cliff said.

Meanwhile, the CGA also played a major role in this U.S. Mid-Amateur. Besides the course it operates being the stroke-play companion facility, almost the entire CGA staff played roles at the championship. And volunteers came from all over to help make things run smoothly.

Asked how he would rate the championship overall, CGA executive director Ed Mate said, “It was a 10 out of 10. Start with the weather: Incredible. The golf courses, as result of the weather, were able to be set up exactly the way the USGA wanted them, which is a luxury. That was phenomenal. The third thing that comes to mind for me is the chance to really work as a team with the USGA. The U.S. Senior Open (which was held at The Broadmoor in 2018) and the U.S. Women’s Open (at The Broadmoor in 2011) are such big productions that the staff of the CGA and even our volunteers don’t really have an opportunity to play a significant role other than as just part of the cadre of volunteers.

“This year, Robert (Duke) and Kate (Moore, who both focus on competition and rules for the CGA) were both adopted by the USGA as extended family, so to speak, for nine days or something. They really got to see the ins and outs leading up to the championship, both at Colorado Golf Club and at CommonGround. That’s a fairly recent practice the USGA has started, but everybody (on the staff) was involved, whether it was pace-of-play checkpoints or helping out filling divots.”

The Mid-Am marked the first USGA amateur championship Colorado has hosted since the 2012 U.S. Amateur. The complexion of this event is obviously much different than for one of the USGA open championships. For starters, perhaps 200 or 300 people watched the final day of action on Thursday, as opposed to 10s of thousands for one of the opens. And the format is much different, with match play deciding the champions at the Mid-Am.

“To me, this is golf in its pure form,” Mate said. “I know (some of these competitors) may be amateur reinstates, and I’m not going to suggest it’s Bobby Jones out there, but they’re playing for love of the game. And match play is such a special format. We had three Colorado players (Nosewicz, Ryan Axlund and Stephen Powers) make match play. That was cool. And probably the Colorado highlight was Nick Nosewicz making that (115-yard shot for eagle on Sunday to qualify for match play).

“This is why we partner with the USGA. It’s a good reminder just how exciting it is to have the U.S. Girls’ Junior coming (to the Air Force Academy) next year. There’s just something special about national championships. And it cements our role as a partner organization with the USGA.”

“The other thing I would add it how well CommonGround performed. Probably the single comment that stood out, which we heard more than once from players who competed in the 2012 U.S. Amateur, was just how far the golf course has come since then.”

For the record, for the two stroke-play rounds over the weekend, the field stroke average at par-72 Colorado Golf Club was 78.073, while the norm at par-70 CommonGround Golf Course was 73.989.