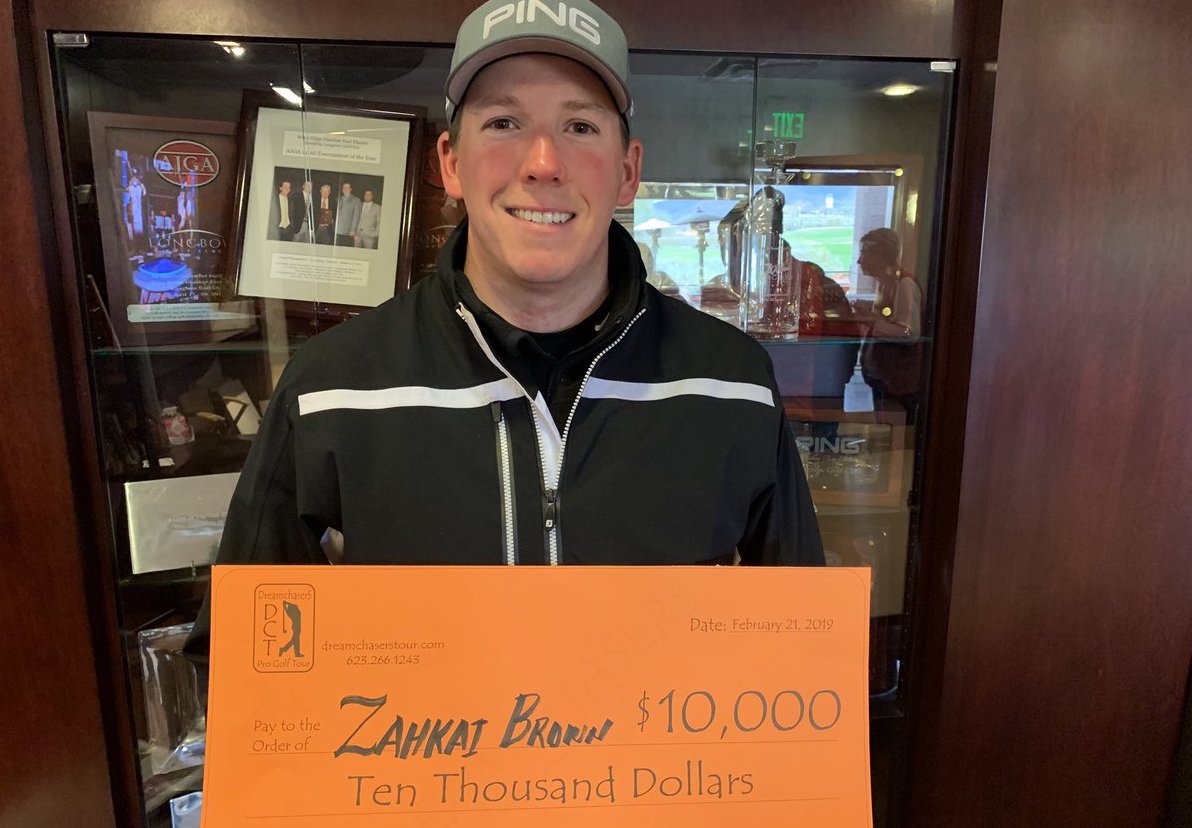 Zahkai Brown of Golden returned to the winner’s circle on Thursday, capturing the title at the Dreamchasers Pro Golf Tour’s East Valley Championship in Mesa, Ariz.

The former Colorado State University golfer posted rounds of 68-65-68 for a 12-under-par 201 total at Longbow Golf Club. That was good for a four-stroke victory as former University of Colorado golfer Yannik Paul and Carson Schaake tied for second at 205 and earned $3,800 each.

During his amateur days, Brown was the CGA Les Fowler Player of the Year in 2011, the year he won the CGA Amateur.