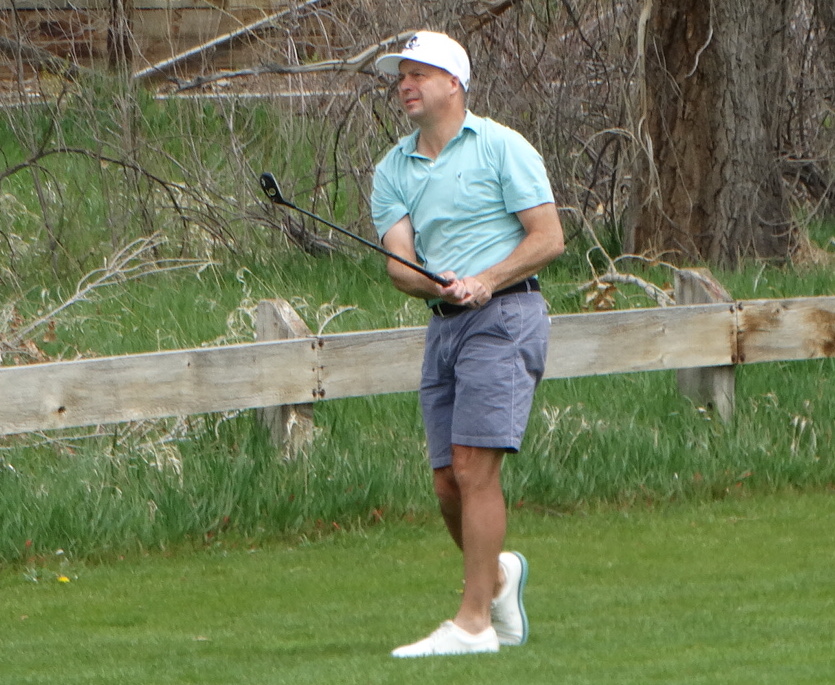 Richard Bradsby of Lakewood Country Club, who teamed up with Jon Lindstrom to win back-to-back CGA Four-Ball titles in 2017 and ’18, is hoping to add an individual championship this weekend.

Bradsby (pictured) made four birdies and three bogeys in round 1, while Jones chalked up six birdies and five bogeys.

Holding third place going into the final round is Roger Nakagawa of CommonGround Golf Course, a longtime member of the Hale Irwin Player Program at CommonGround, who chalked up a first-round 72.

Matt Hall of The Club at Redlands Mesa holds second place among the seniors at 72.

Lauren Murphy of Western Co E-Club holds a 13-stroke lead in the six-player women’s division after posting a 6-over-par 78.

Play will wrap up in all divisions on Sunday.

For all the gross and net scores from the CGA Western Chapter Championship, CLICK HERE.