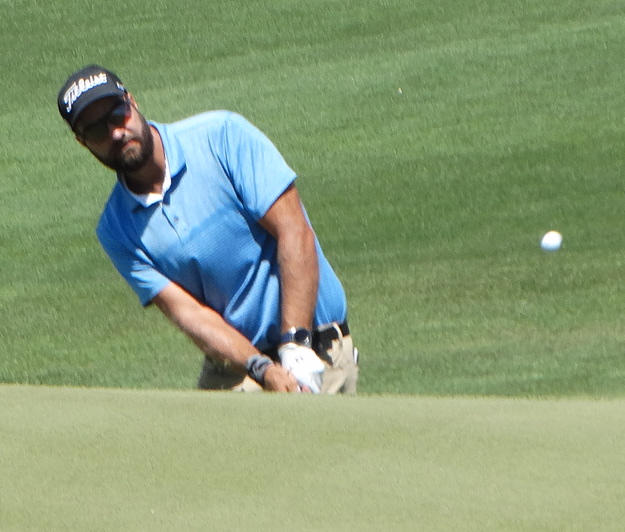 On Friday at the other Q-school course in Winter Haven, Fla., Whitney improved by an impressive 11 strokes, relative to par. The former Air Force Academy golfer fired a bogey-free 9-under-par 63 at the Crooked Cat course to vault from 130th to 33rd out of the 154 players in the Q-school standings.

Not bad, especially for Friday the 13th.

Whitney already has conditional status on the KF Tour locked up by virtue of finishing second on the 2019 PGA Tour Latinoamerica money list, but is hoping to improve that status this week. Friday’s nine-birdie round certainly helps in that regard as he’s at 7-under 136 at the halfway point of the final stage.

Englishman Steve Lewton leads the tournament with a 14-under 129 total with two rounds remaining. Lewton also had a 63 on Friday, albeit at the Panther Lake course, which plays to a par-71.

The medalist this week will be fully exempt for the entire 2020 season on the Korn Ferry Tour. Those finishing second through 10th and ties will be exempt for at least the first dozen events of next year. And those who place 11th through 40th and ties will earn starts in at least the first eight tournaments of 2020. The remaining finishers will have conditional status next year.