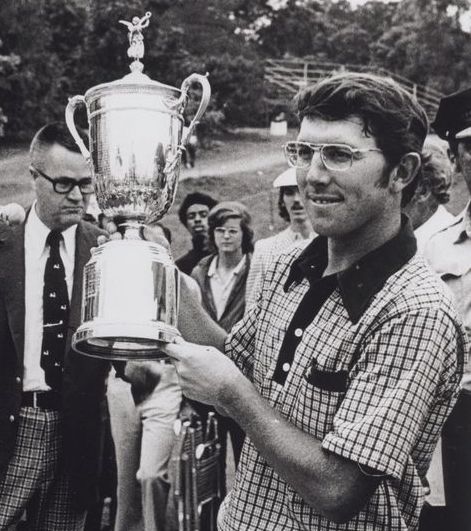 Former University of Colorado golfers have won the U.S. Open a remarkable four times in the last 50 years, with Hale Irwin doing the honors on three occasions (1974, ’79 and ’90) and Steve Jones prevailing in 1996.

With this week traditionally being when the U.S. Open is held — though this year’s tournament has been postponed to Sept. 17-20 due to safety concerns related to Covid-19 — national TV outlets are taking the opportunity to revisit some of the memorable moments in tournament history, particularly those in the last 60 years.

With Irwin owning three U.S. Open titles — only Bobby Jones, Jack Nicklaus, Ben Hogan and Willie Anderson have won the championship more times — and him being the oldest winner of the event, it’s no surprise that the former CU athlete is getting a considerable portion of that air time this week. And the 1974 victory is particularly notable this year given that it came at Winged Foot in Mamaroneck, N.Y., where this year’s tournament will take place.

On Monday morning, Golf Channel showed highlights of Irwin’s 1974 and ’90 U.S. Open wins. And on Tuesday at 7 p.m. (MT), in a series entitled “Golf’s Greatest Rounds”, Golf Channel will again focus on Irwin in ’74 at Winged Foot.

That 1974 Open later became the subject of the book “The Massacre at Winged Foot”, written by Dick Schaap. Irwin’s winning total that week — 7 over par — remains the highest, relative to par, for a U.S. Open champion since 1963. Many people thought the USGA had set up the course particularly difficult in the wake of Johnny Miller shooting a record 63 in the final round of the U.S. Open the year before.

“It really was very difficult,” Irwin told ColoradoGolf.org last year. “To overcome all the difficult things that Winged Foot threw up at us during that week and to ultimately win was very satisfying.”

Irwin posted rounds of 73-70-71-73 — never carding a sub-par round for the week, but still prevailing by two strokes over Forrest Fezler. Also placing in the top 10 that week were Arnold Palmer and Tom Watson (fifth place), Gary Player and Tom Kite (eighth) and Jack Nicklaus (10th).

The telecasts of Irwin’s success in the U.S. Open are part of week-long programming celebrating the U.S. Open. To see the complete lineup of events on national TV outlets, CLICK HERE.