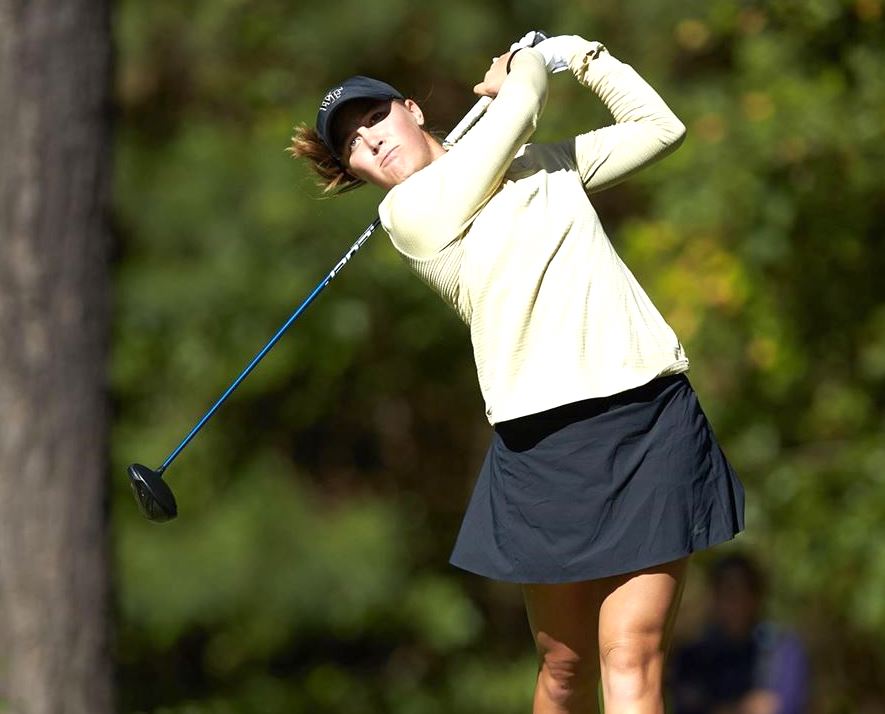 At the Teeth of the Dog Course in the Dominican Republic, Coloradan Jennifer Kupcho showed once again she has plenty of bite in her golf game.

The Wake Forest senior recorded the eighth individual victory of her college career — but first this season for the defending NCAA champion — on Saturday in the 75-player Tar Heel Classic.

To put that career win total into perspective, Kupcho has now been victorious in a remarkable 20.5 percent of her college starts — eight of 39. In other words, she averages an individual win for every five college starts.

At the Tar Heel Classic, in what should be no surprise to people who have followed Kupcho’s performances in Colorado over the years, she ran away with the title, winning by nine strokes. Kupcho — who captured CWGA Stroke Play titles by 21, 19 and 13 shots from 2015 through 2017 — posted scores of 66-69-67 for a 14-under-par 202 total in the Dominican Republic.

Over the course of the three rounds, Kupcho (pictured in a Wake Forest photo) made an eagle and 17 birdies, including six in a row in the first round, helping Wake Forest cruise to the team title by 19 shots. The Demon Deacons set their program’s 54-hole record with a 23-under-par total.

Kupcho appears to be rounding into peak form at the right time. In the last week — since being left off the March 8-published 20-player watch list for the Annika Award, given after the season to the top female player in college golf — she’s finished second and first in college events. She now has 20 top-five performances in college golf.

In less than three weeks, Kupcho will be one of the favorites at the inaugural Augusta National Women’s Amateur (April 3-6, with national TV coverage for the final round). In May, she’ll defend her individual title at the NCAA Championships. And after that, she’ll turn pro, having earned her LPGA Tour card by finishing second in the eight-round LPGA Q-Series in November.

Kupcho is in her 23rd week as the No. 1 player in the Women’s World Amateur Golf Rankings.

The University of Colorado also competed in the 15-team Tar Heel Classic, finishing 12th. Kirsty Hodgkins led the way for the Buffs, placing 26th at 222.