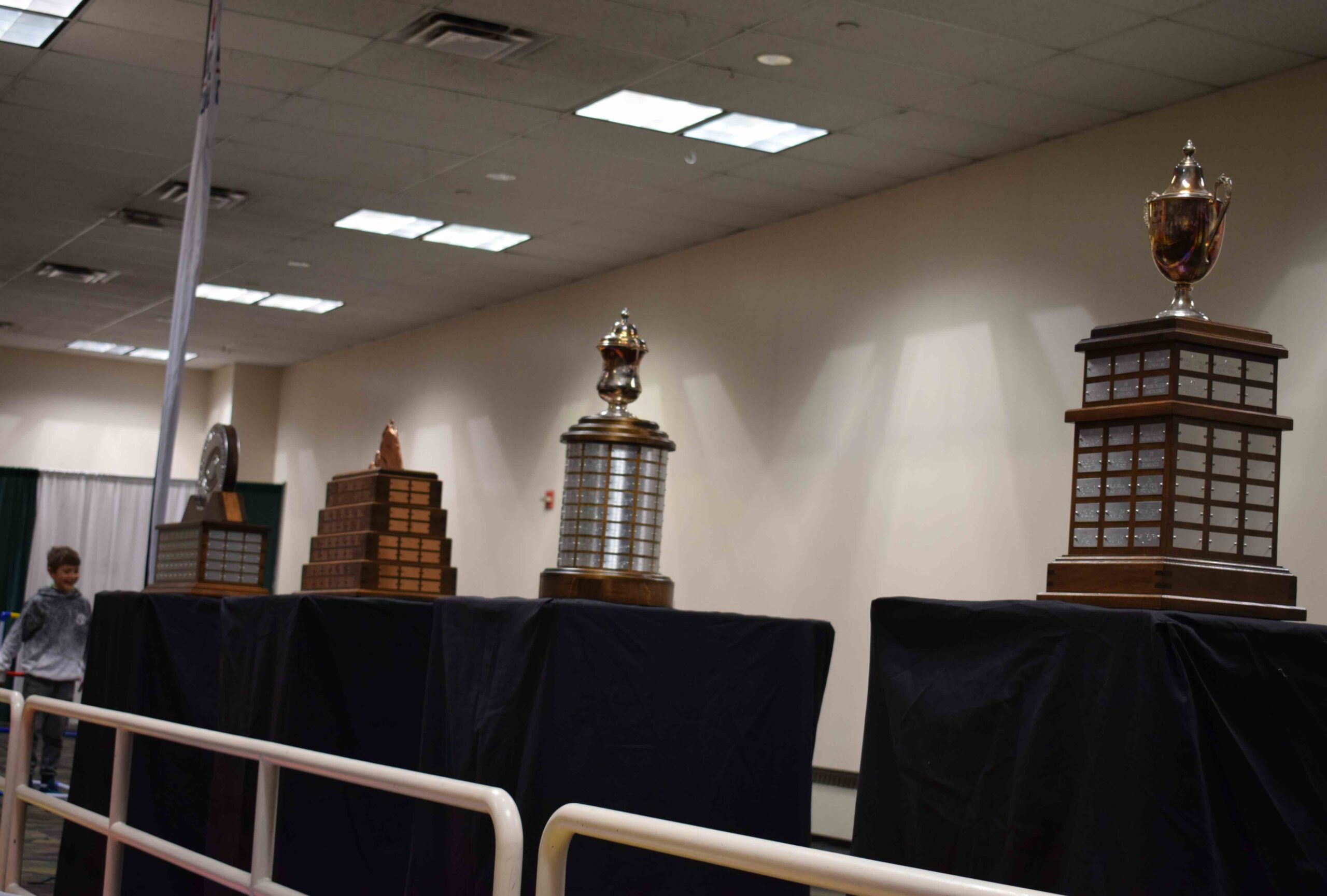 The trophies for the four Junior Golf Alliance of Colorado major championships.

The saying about wedding garb for brides — “something old, something new, something borrowed, something blue” — has relevance to the Junior Golf Alliance of Colorado’s 2021 competitive schedule in at least one respect.

This year’s lineup seems to have a little of everything. And that’s certainly a good thing after a 2020 season that started later than normal and didn’t include some of the biggest competitions usually on the schedule.

The 2021 JGAC tournament season begins this month — the season openers are April 17-18 — and will run through October.

Certainly there’s something old and something new in 2021.

Just regarding the four JGAC majors for this year, the old includes Denver Country Club, one of the oldest golf courses in the state, which will host the JGAC Tour Championship Oct. 9-10. In an event which has been held at some of the most prestigious courses in Colorado, DCC will be the Tour Championship site for the second time after also hosting in 2018.

And falling into both the old and new categories, there’s City Park Golf Course in Denver, home to the Colorado Junior Match Play July 26-28. City Park GC first opened more than a century ago, but it’s very new in that the course just underwent a redesign, debuting to the public on Sept. 1 after being closed for 34 months. City Park is also scheduled to host the 5A girls state high school tournament June 21-22.

Also on the new side — as in something unprecedented in the JGAC era — a third consecutive Junior Golf Alliance major will be held in the Colorado Springs area. In fact, when the Country Club of Colorado hosts the Colorado Junior PGA June 28-30, it will mark the fourth major in the last five that will be based in the Springs area. Last year’s Junior PGA was also conducted at the CC of Colorado, while both the Junior Match Play (Blue Course) and the Tour Championship (Silver Course) were contested at Eisenhower Golf Club at the Air Force Academy.

Meanwhile, the Colorado Junior Amateur at Legacy Ridge Golf Course in Westminster July 12-14 will be the first JGAC major held in the Denver metro area in more than a year.

But before players get to the majors, there’s plenty of JGAC action on tap. As noted, the season openers are set for April 17-18 in Pueblo, with tournaments at Walking Stick, Pueblo Country Club and Elmwood Golf Course.

And 2021 will mark the return to Colorado of AJGA tournaments, qualifiers for big events such as USGA junior championships and the IMG Academy Junior Worlds, and girls state high school tourneys (see dates and sites below). All of those competitions were canceled in 2020 due to Covid-19 safety concerns.

Likewise back will be the boys Junior America’s Cup and the Girls Junior Americas Cup (see below), each with teams representing Colorado. Also returning are Drive Chip & Putt qualifying — including a regional qualifier at Colorado Golf Club in Parker on Sept. 19 — and a postseason for PGA Jr. League.

The AJGA Junior Open at The Bridges in Montrose, presented by the City of Montrose, will make its debut in southwest Colorado Aug. 3-5. It will be preceded on the Colorado-based AJGA schedule by the AJGA Hale Irwin Colorado Junior at Walnut Creek Golf Preserve June 15-17. Meanwhile, the return of the AJGA Aspen Junior All-Star tournament has been pushed back to 2022.

All in all, after some of the biggest Colorado-based competitive events of 2020 were canceled, the schedule will be back to near normal this year. Which is to say, it will be jam-packed.

Here are some of the highlighted events for 2021:

— Colorado Junior PGA, June 28-30 at the Country Club of Colorado in Colorado Springs.

— AJGA Junior Open at The Bridges in Montrose, presented by the City of Montrose, Aug. 3-5.

— 10 & Under boys and girls, June 9 at Family Sports in Centennial.

— 5A at City Park Golf Course in Denver.

— 4A at CommonGround Golf Course in Aurora.

— 3A at Elmwood Golf Course in Pueblo.

For a look at all the JGAC tournament schedules, CLICK HERE.