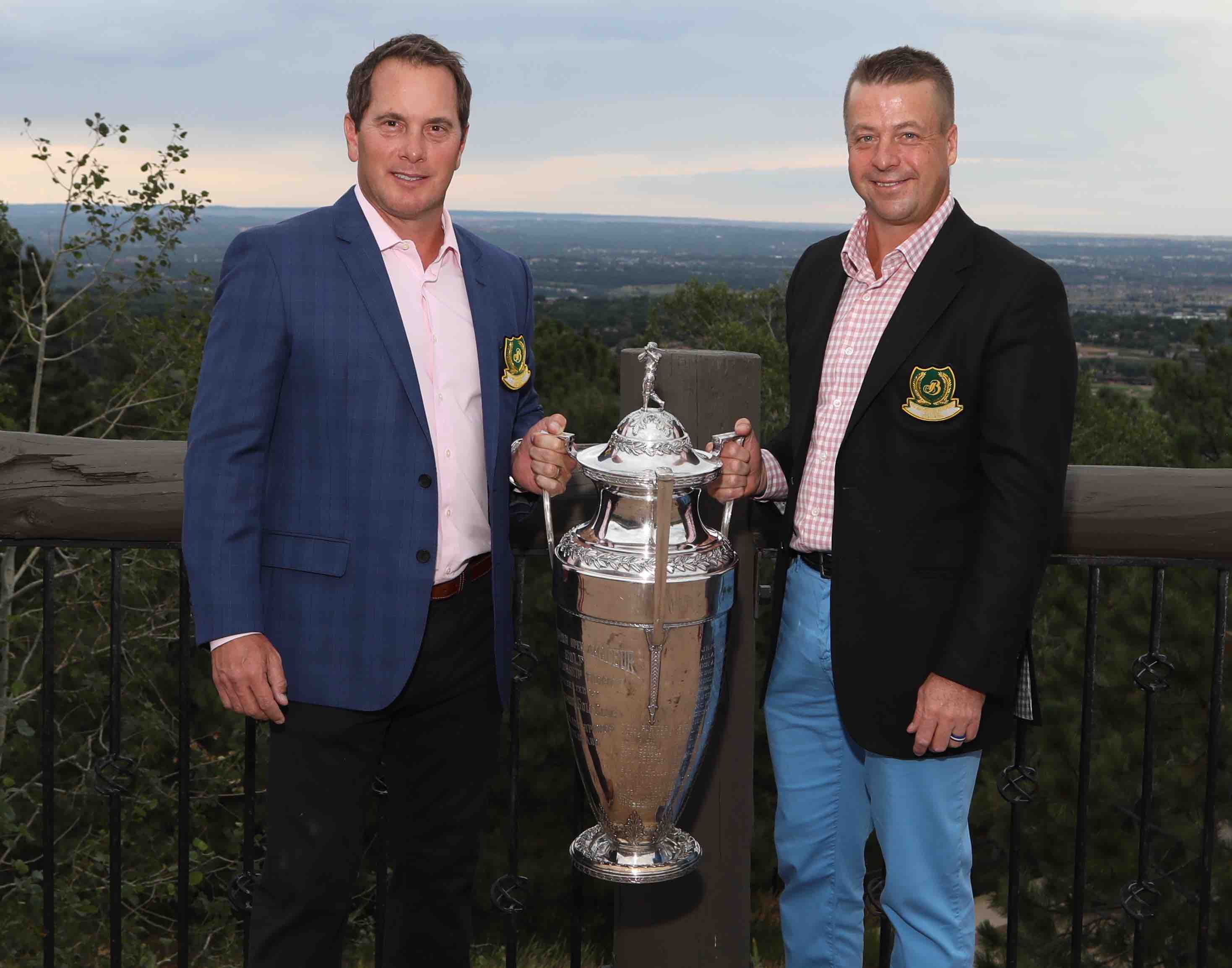 Make it four of a kind for the gentlemen from Lakewood Country Club.

Competitors from 17 states competed in last week’s Broadmoor Invitation in Colorado Springs, but four players from Lakewood CC have had a stranglehold on the overall title at the event for the past four years.

In the 2019 edition of the four-ball stroke-play tournament, it was Steve Irwin and Richard Bradsby teaming up for the title for the second time, having previously won in 2016. In between those bookends, fellow LCC members Jon Lindstrom and Tom Lawrence paired up for back-to-back championships in 2017 and ’18.

(Last week’s winners are pictured above in a photo by Mic Garofolo, with Irwin at left.)

Irwin — whose World Golf Hall of Fame dad, Hale, won the prestigious Broadmoor Invitation title in 1967 when the tournament was an individual event — and Bradsby prevailed in the Champions Finsterwald Flight and took the overall crown by a whopping 11 strokes this time around.

Playing on the West Course for the first two rounds and the East for the last two, Irwin and Bradsby posted best-ball rounds of 70-64-72-77 for a 283 total. Mark and John Austin took second place at 294. With Lindstrom not playing this year, Lawrence teamed with Curt Jenkins to take third at 295.

Irwin, a former CGA Les Fowler Player of the Year, has competed in one U.S. Open and three U.S. Amateurs. Bradsby recently won the CGA Western Chapter Championship and paired with Lindstrom to captured CGA Four-Ball titles in both 2017 and ’18.

In all, 44 two-man teams competed in this year’s Broadmoor Invitation, which dates back to 1921 in a different iteration.

The winners in the other flights at The Broadmoor were:

For almost 75 years in the 20th century, The Broadmoor Invitation was considered one of the nation’s top amateur events. Among its winners were Hale Irwin and fellow World Golf Hall of Famer Lawson Little, along with two-time U.S. Amateur champion Charlie Coe. But its run ended in 1995. It was resurrected in 2014 as a scratch four-ball championship for amateurs.

The Broadmoor hosted last year’s U.S. Senior Open and will do so again in 2025.