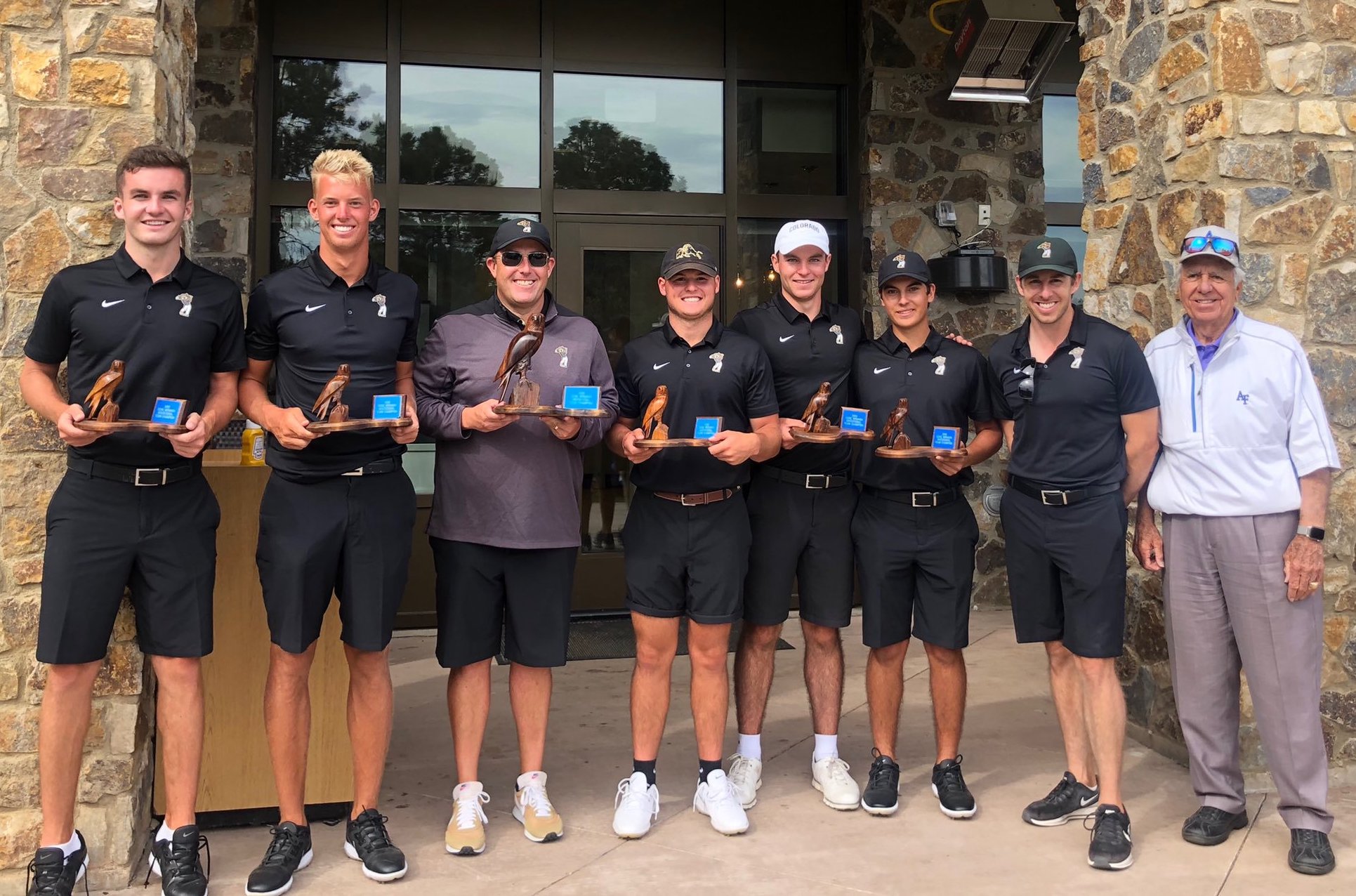 The University of Colorado men’s golf team closed out the first half-century of the Gene Miranda Falcon Invitational with a victory in 2018.

On Sunday, they started the second half-century of the event in the same way.

The Buffs won the Falcon Invite — or its differently-named predecessors — for the eighth time on Sunday, rallying in the final round for a five-stroke victory in the 18-team event at Eisenhower Golf Club at the Air Force Academy.

The Buffs posted an even-par 288 in the final round at the Blue Course, leaving them at 10-under 854 overall. (The champions are pictured above with Miranda.)

The University of Northern Colorado placed second in the season opener at 859, followed by UC Davis (861) and host Air Force (862). The Falcons had led after each of the first two rounds.

CU won despite not having an individual finish higher than ninth. Sophomore John Paterson took that spot, ending up at 3-under-par 213 after a closing-round 73. The Buffs put four players in the top 20, with defending individual champion Daniel O’Loughlin and Cole Krantz sharing 17th place (215) and Victor Bjorlow checking in 20th (216). Kristoffer Max, competing as an individual for CU, finished 12th at 214.

Two UNC players — senior Coby Welch and sophomore Jack Castiglia — tied Southern Utah’s Jake Vincent for the top spot individually in regulation at 7-under-par 209. But Vincent claimed the title in a playoff with pars on the 10th and 18th holes. Castiglia, runner-up in last month’s CGA Amateur, closed with a 71 in regulation and Welch with a 72, while Vincent carded a 75.

Sunday’s marked the 16th team victory — or shared title — for coach Roy Edwards, which matches how many championships his predecessor, Mark Simpson, accumulated.

For all the scores from the 51st Falcon Invitational, CLICK HERE.