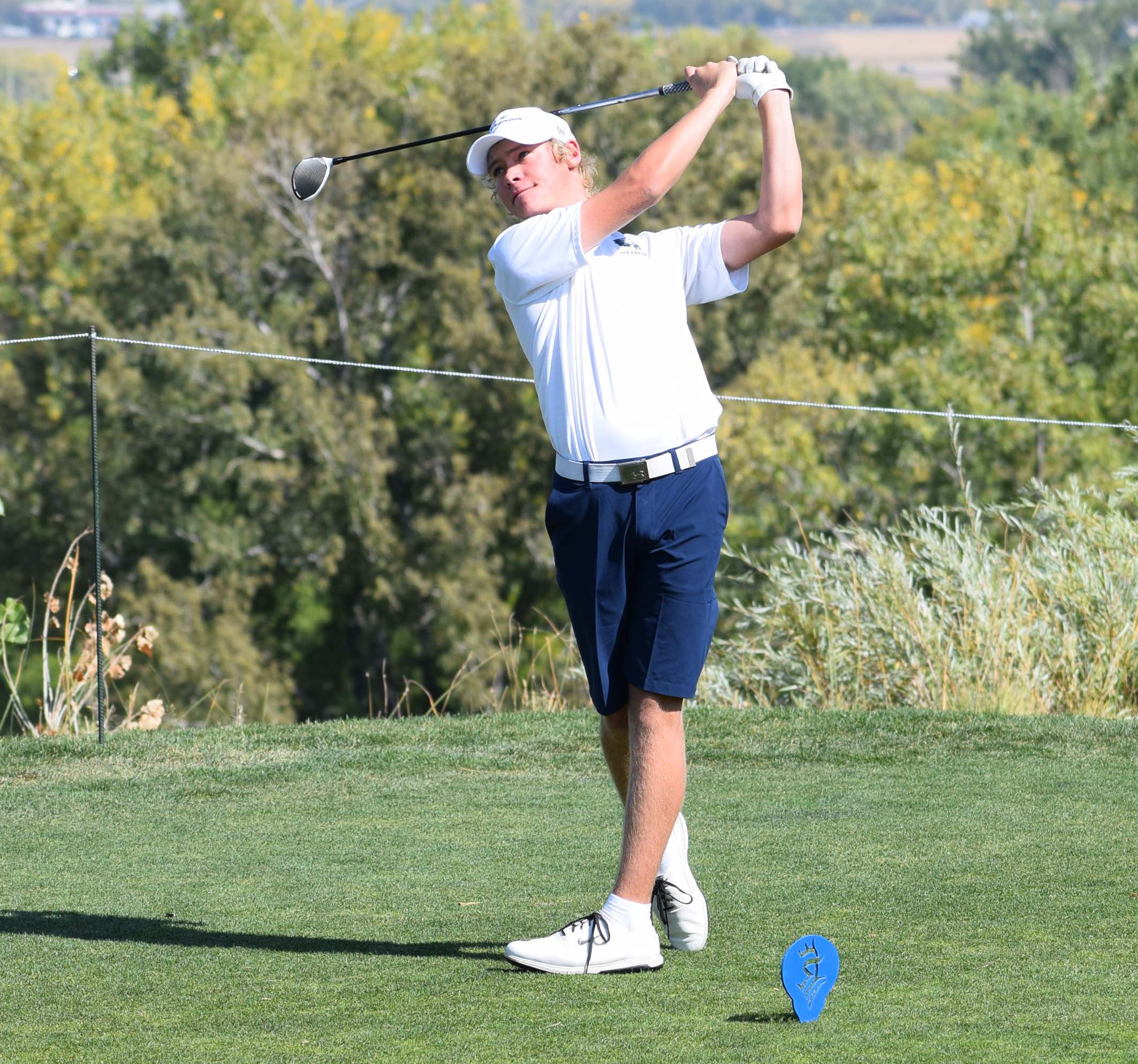 Wes Erling will try to win the JGAC Tour Championship as a 15-year-old.

Erling, Bryant atop the leaderboards at JGAC Tour Championship

Wes Erling, a 15-year-old from Colorado Springs who finished fourth earlier this week in the 5A boys state high school tournament, and Emma Bryant of Aurora, a former 5A girls state champ, lead their respective tournaments after Saturday’s opening round of the Junior Golf Alliance of Colorado Tour Championship at Eisenhower Golf Club’s Silver Course at the Air Force Academy.

In the fourth and final JGAC major of the year, Erling shot a 4-under-par 68 to lead by one in the boys championship. Meanwhile, Bryant carded a 2-over-par 74 and likewise is ahead by one in the girls competition.

Both leaders are part of the Hale Irwin Player Program at CommonGround Golf Course.

Erling made six birdies and two bogeys on Saturday, with a birdie on 18 giving him the outright lead.

A fellow Colorado Springs resident, Kaden Ford, opened with a 69 to stand in second place. The former Drive Chip & Putt national finalist carded six birdies and a bogey to go along with a double bogey on No. 13.

On the girls side, Bryant, who is looking for the second JGAC major victory of her career, recorded two birdies and four bogeys on Saturday. Bryant has committed to play her college golf at the University of Denver beginning next year.

Amateur winner Kaylee Chen of Parker. Braecklein bounced back from a front-nine 41 with a 2-under 34 on the back. Chen was 1 under on the front and 4 over on the back.

The final round of the 36-hole tournament will be held on Sunday.

For all the scores from Eisenhower, click on the followings: BOYS, GIRLS.