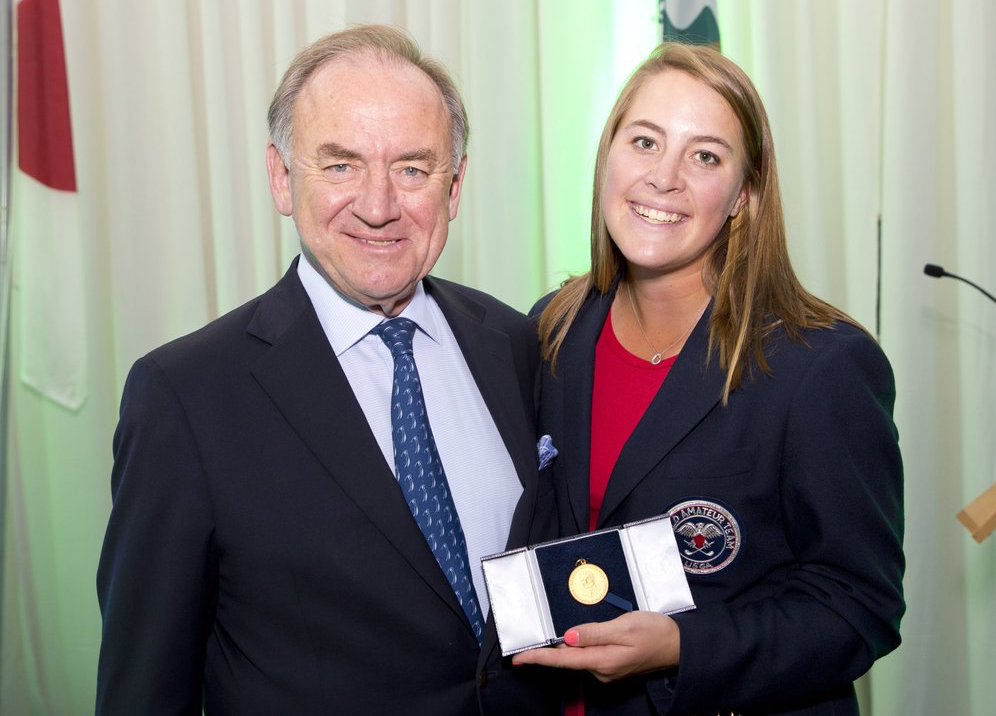 Chalk up yet another honor as Westminster resident Jennifer Kupcho plans to put the final touches on her stellar amateur career over the next 4 1/2 months.

On Tuesday, the Colorado Sports Hall of Fame named Kupcho its Amateur Athlete of the Year — regardless of sport — for 2018. She and the other athletes of the year — including Denver Broncos rookie Phillip Lindsay — plus the six CSHOF inductees (Missy Franklin, Daniel Graham, Todd Lodwick, Bob Smith, Marvin Kay and Tom Southall) will be honored at the organization’s Induction & Awards Banquet on April 3 at the Hilton Denver City Center (1701 California St.).

Kupcho had another stellar year in 2018, highlighted by becoming the first Coloradan to win the individual title at the Women’s NCAA Division I Golf Championships. The now-Wake Forest senior previously had finished sixth (as a freshman) and second (as a sophmore) at the NCAA national tournament.

That title helped Kupcho to be named the world’s female Amateur of the Year by digital golf news magazine Global Golf Post. Last summer, Kupcho became the first American woman to earn the Mark H. McCormack Medal (above) as the top women’s player in the World Amateur Golf Rankings at the time (she’s currently No. 2).

In November, Kupcho capped off the year in fine fashion by earning her 2019 LPGA Tour card by placing second in the eight-round LPGA final qualifying tournament. But Kupcho will defer joining the Tour until after completing her college elibility in May.

Kupcho played in the LPGA Tour’s Marathon Classic in July, placing 16th, her best showing in an LPGA event.

Last fall, Kupcho was named the Golf Person of the Year by the Colorado Golf Hall of Fame for the second time in three years.