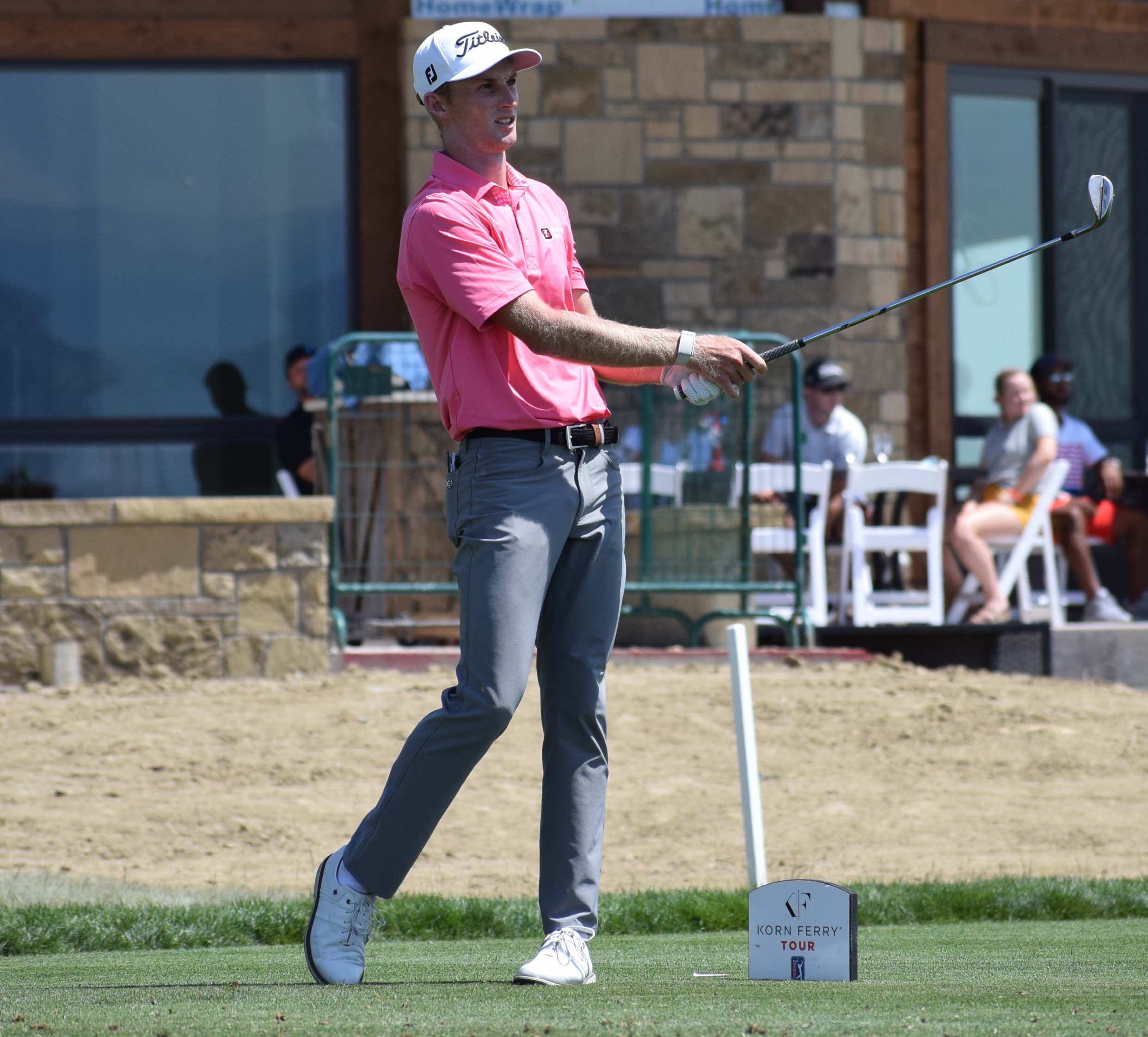 In the last 5 months, TPC Colorado Championship winner Will Zalatoris has posted 4 top-10 PGA Tour finishes, including a sixth at the U.S. Open.

It’s unfortunate that, of all years, the general public wasn’t allowed to attend the TPC Colorado Championship at Heron Lakes in Berthoud last summer — due to Covid-19 safety concerns.

After all, a winner the caliber of Will Zalatoris certainly won’t come along every year for the Colorado stop on the Korn Ferry Tour. And from the look of things, the Dallas resident and former Wake Forest golfer is unlikely to be returning to the Korn Ferry Tour on any sort of regular basis in the near future.

It wasn’t hard to see last July at TPC Colorado that Zalatoris has something special — to the point that those who were on hand when he won last year in Berthoud might one day be saying, after another Zalatoris accomplishment, that “I saw him win his first pro tournament.”

We bring this up now because Zalatoris continues to show his stuff after really hitting the ground running last year. Since exactly a year ago, he’s gone from being ranked No. 541 in the world to 53rd now. And that was before he posted yet another strong finish on the PGA Tour on Sunday.

For a guy who had just eight PGA Tour starts before this season, Zalatoris is looking awfully comfortable competing with the best players in the world. His eight tournaments this season include four top-10s, including a sixth place at the U.S. Open at Winged Foot. His best showing was a fifth at the Shriners Hospitals for Children Open in October.

Just in the last eight days, he’s finished seventh at the Farmers Insurance Open — held at Torrey Pines, the site of the 2021 U.S. Open — and 17th on Sunday at TPC Scottsdale.

During the first couple of days of July, en route to his victory at TPC Colorado, Zalatoris noted, “I’m trying to get to the PGA Tour as fast as I can.”

But perhaps not even he expected himself to not only earn PGA Tour status so quickly, but to be in contention so often, so early.

At the Phoenix Open, Zalatoris went 71-66-64-71 for a 12-under-par 272 total, which left him seven strokes behind champion Brooks Koepka.

For all of the scores from the Phoenix Open, CLICK HERE.