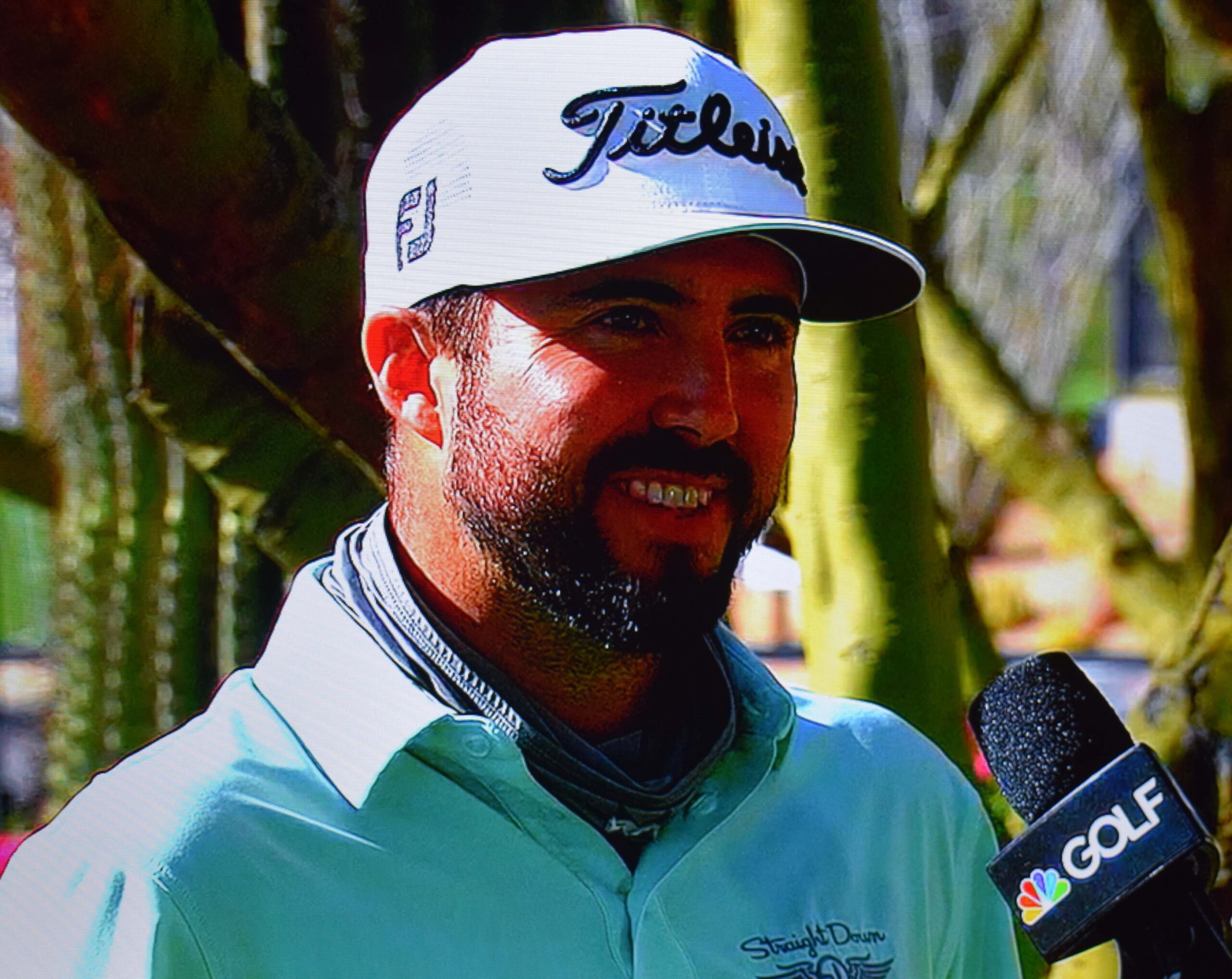 Mark Hubbard closed his round with four consecutive birdies on Thursday.

Denver native Mark Hubbard starts Phoenix Open with his low PGA Tour round ever, firing a 63

Denver native Mark Hubbard, seeking his first PGA Tour victory, started out nearly ideally in that quest on Thursday by shooting an 8-under-par 63 — his career best on golf’s top circuit — to share the lead halfway through the opening round of the Waste Management Phoenix Open.

Hubbard birdied his last four holes — and five of his last six — at TPC Scottsdale to finish with a bogey-free round. After day 1 of the 72-hole event, he’s tied for the top spot with Matthew NeSmith.

The 31-year-old Hubbard, who now lives near Houston, pitched in from 55 feet for birdie on No. 9 and added birdie putts of 30 and 20 feet to go along with several much shorter ones.

“I love this tournament,” Hubbard said. “I really like this course a lot. I see the greens really well out here for some reason, and I just really love the energy. It’s great to have fans back (at a PGA Tour event). … I’m just really excited for the next three days.

Thursday was a nice step in the right direction for the Colorado Academy graduate, who has missed more cuts (six) than he’s made (five) so far this wraparound season and has just one top-30 finish.

The Phoenix Open has a history of treating players with strong Colorado connections very well over the years. Since 1970, the winners of the event have included Dale Douglass (1970), Steve Jones (1997), Jonathan Kaye (2004) and Kevin Stadler (2014).

Hubbard’s best showing in 119 PGA Tour starts has been a tie for second in the 2019 Houston Open.

(Feb. 7 Update) Hubbard struggled in rounds 2 and 3, but closed with a 4-under-par 67 on Sunday to tie for 30th place in the Phoenix Open at 10-under 274, which left him nine strokes behind winner Brooks Koepka. Hubbard went 63-73-71-67 to record his best PGA Tour finish since October.

Elsewhere in tour golf for players with strong Colorado ties:

— Former University of Colorado golfer Jeremy Paul tied for seventh place out of 19 competitors at the Swingthought Tour event that ended on Wednesday in Yuma, Ariz. Paul went 69-68 for a 3-under-par 137 total, which left him seven strokes behind winner Alejandro Tosti. Paul earned $200.