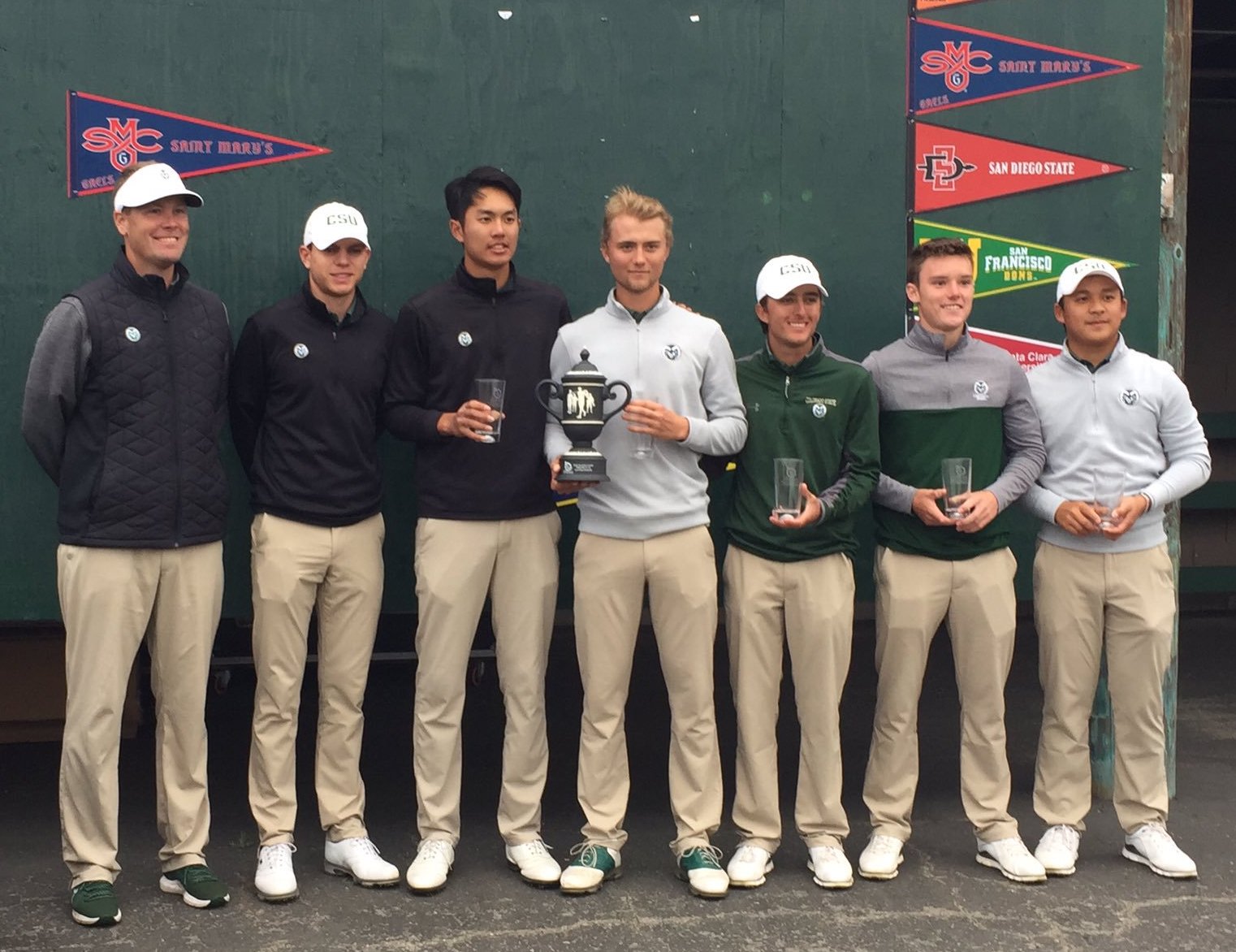 It had been nine years since the Colorado State University men’s golf squad had posted three or more team victories in a season. In the 2019-20 campaign, the Rams have accomplished the feat in two months.

CSU recorded team win No. 3 on Wednesday in the Saint Mary’s Invitational, the finale of their fall season that concluded at Poppy Hills in Pebble Beach, Calif.

Coach Christian Newton’s squad went wire-to-wire this time, giving the Rams victories in the last three events in which they’ve competed as a team — their own Ram Masters Invitational, the Jerry Pate National Intercollegiate (where they tied for first) and the Saint Mary’s Invite.

To put that into some perspective, the fall performance might bring some comparisons to a decade ago, when CSU, under then-coach Jamie Bermel, won a dozen team titles in three seasons (2007-10).

The current Rams, ranked No. 18 in the nation by Golfstat, prevailed at Poppy Hills by five strokes over fourth-ranked Brigham Young, by nine over No. 11 Arizona and by 25 over No. 10 Oregon State, which placed fifth, behind New Mexico.

CSU finished at 25 under par for three rounds.

Two Rams placed in the top five individually, with Aurora resident Davis Bryant, the 2019 CGA Les Fowler Player of the Year, and junior teammate Parathakorn Suyasri sharing third place at 6-under-par 207. BYU’s Peter Kuest claimed the individual title at 202. Bryant fired a 64 in the first round.

It was the third top-five individual finish of the fall for Suyasri, while  Bryant owns three top-11 showings.

After a mid-season break, the Rams resume action on Feb. 21 at the Wyoming Desert Intercollegiate in Palm Desert, Calif.