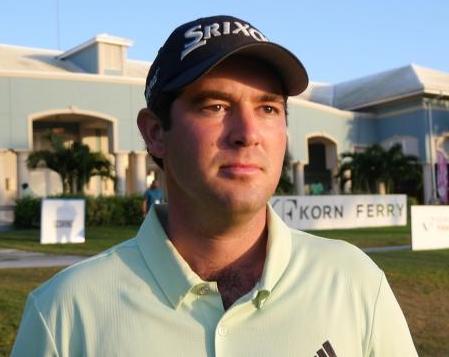 Boulder native and former Louisville resident George Cunningham was quick off the mark as the 2020 Korn Ferry Tour season began this week.

Cunningham (pictured) — grandson of the late Chuck Melvin, who played in six Colorado Cup matches — finished fourth on Wednesday in The Bahamas Great Exuma Classic, marking his best showing ever on the Korn Ferry circuit.

Cunningham, who’s in his second KF season after finishing second on the PGA Tour Canada money list in 2018, posted rounds of 71-69-69-73 for a 6-under-par 282 total, which left him five strokes behind winner Tommy Gainey.

Cunningham made an eagle and 16 birdies for the week. It was his third top-10 finish on the Korn Ferry Tour since the beginning of 2018, with this one worth $22,425.