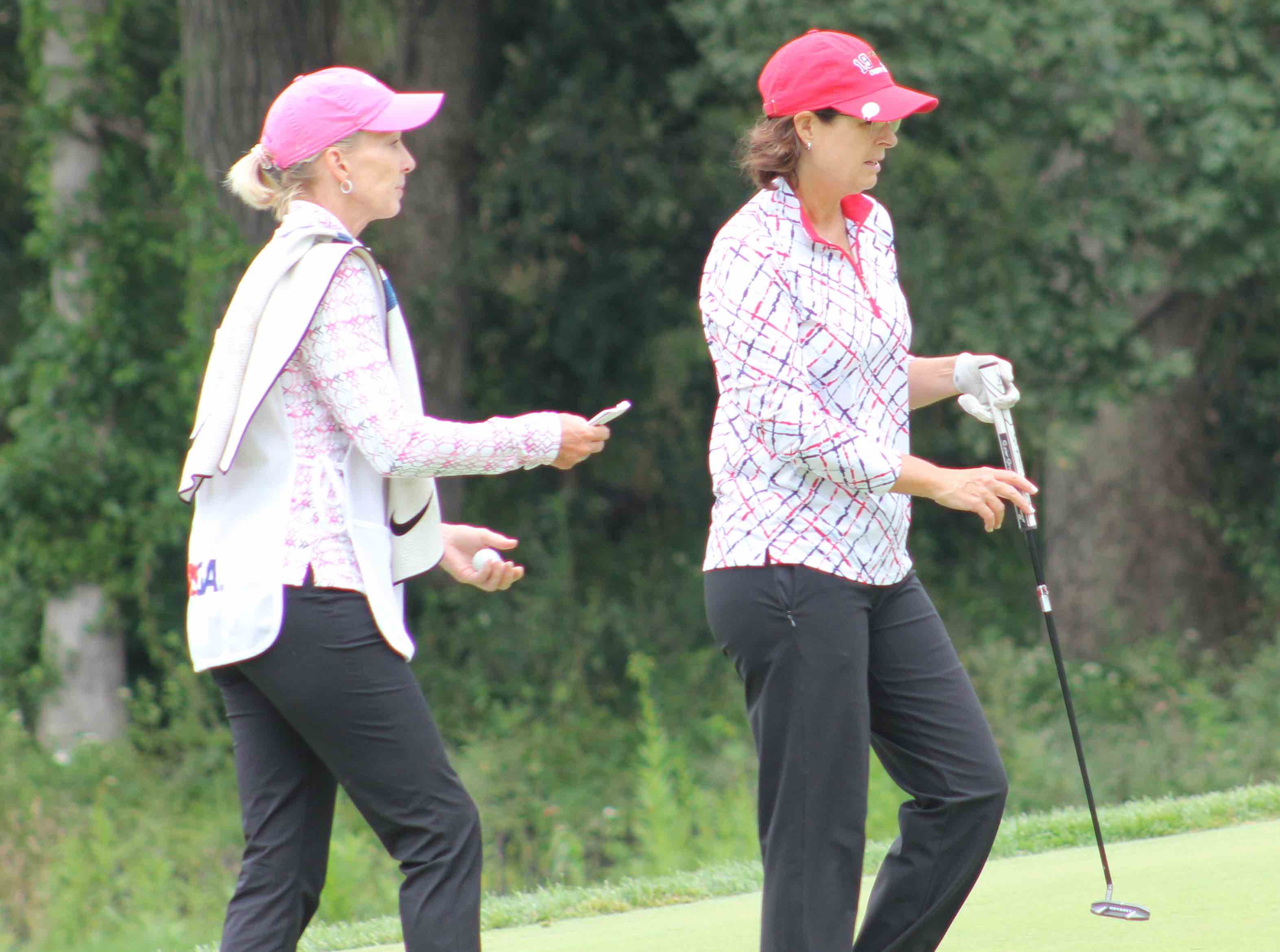 Moore and Austin — who have won six Mashie titles together, with Moore capturing another two with other partners — defeated Barb Wendell of Frost Creek and Gabi Cortez of University of Denver Golf Club at Highlands Ranch, 4 and 2 in the better-ball match-play event.

In Tuesday’s semis — set for the tournament’s other site, Thorncreek Golf Course — Cohen and Schaefer will face Malpass and Leprino, while Moore and Austin will take on Andersson and Donaldson.

This year’s Mashie features 84 teams overall — broken up into 11 flights. They play one match each at Todd Creek and Thorncreek on Monday and Tuesday before the championship and consolation bracket winners from each flight compete for titles on Wednesday at Todd Creek.

The Mashie is the first CGA women’s championship of 2020.