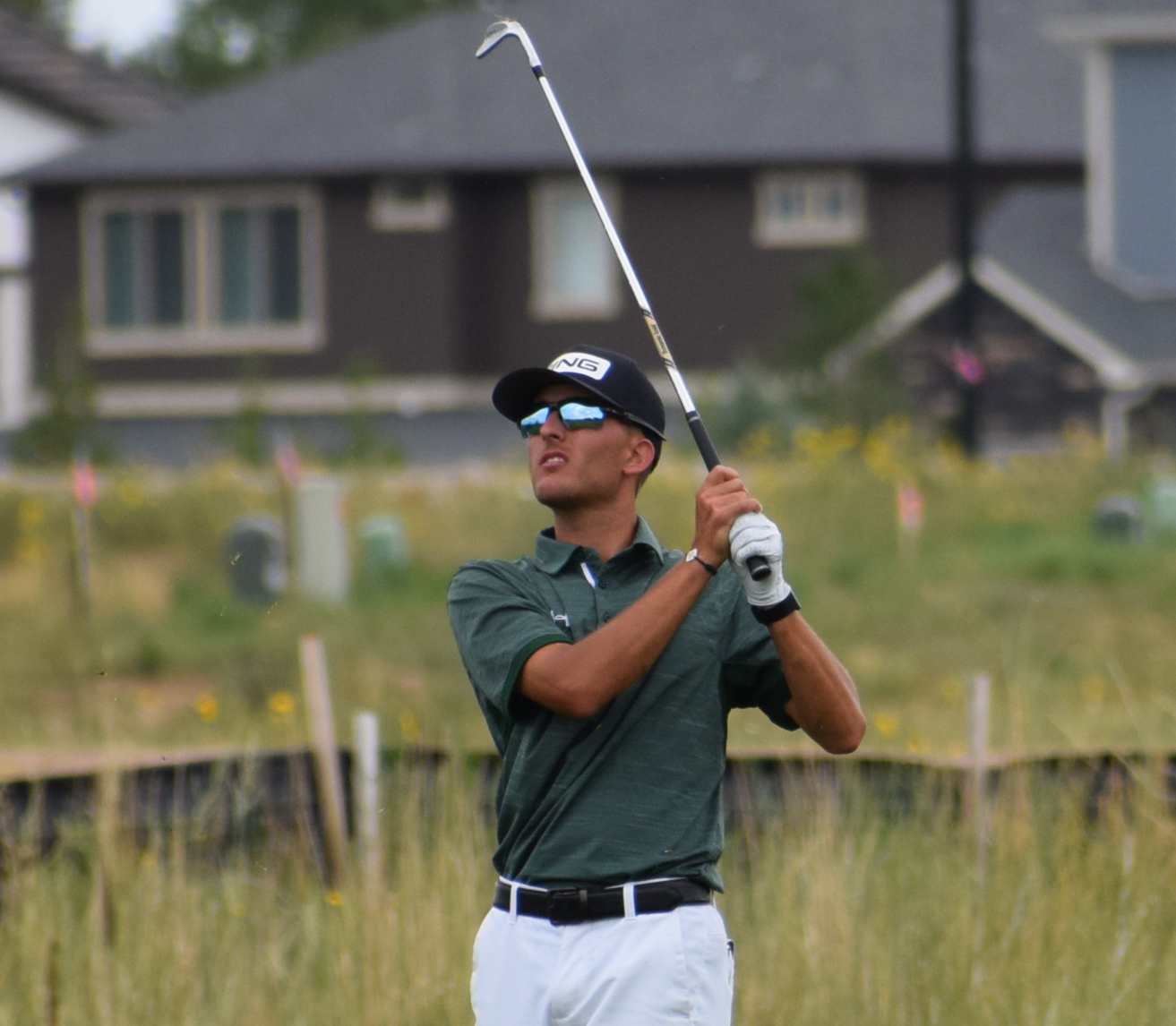 Davis Bryant has made just one bogey in the first two rounds at CommonGround.

Bryant atop leaderboard at CGA Amateur, as has become commonplace

Davis Bryant is no stranger to success at CommonGround Golf Course in Aurora. Three years ago, the player from Green Valley Ranch Golf Club capped off his high school career by winning the 5A individual state title at CommonGround en route to being named the Boys Player of the Year by the Junior Golf Alliance of Colorado.

And this week, Bryant has returned to CommonGround and promptly put himself in position to add another title at the course, which is owned and operated by the CGA. The defending champion at the CGA Amateur, who shared the lead after the opening round of the 2020 tournament, took the top spot outright on Friday.

The Colorado State University golfer shot a bogey-free 5-under-par 65 in round 2 to go ahead by two with a 36-hole total of 8-under 132. Bryant, who’s attempting to become the first player to win two consecutive CGA Amateurs since Kane Webber in 2002 and ’03, has made nine birdies and just one bogey through two two rounds.

The Eaglecrest High School alum has now led or shared the lead after all six rounds in which he’s competed at the CGA Amateur, covering 2019 and ’20.

The 65 by Bryant, who will compete next month in the U.S. Amateur, was one of 10 rounds of 67 or better that was posted on Friday. University of Denver golfer Cal McCoy of Bear Creek Golf Club led the way with a 64 that included seven birdies.

Collin Engelhardt of The Club at Pradera and 18-year-old Gavin Hagstrom of Fort Collins Country Club share second place at 134, with Englehardt posting a 66 and Hagstrom a 67. Hagstrom carded four consecutive birdies on Friday, starting at No. 6, while Engelhardt went eagle-birdie on Nos. 7 and 8.

Colin Prater of Cherokee Ridge Golf Course, winner of the CGA Match Play and low amateur in the CoBank Colorado Open this year, shares fifth place at 136. The 2016 CGA Amateur champ recorded a 66 on Friday.

Also at 136 are two-time CGA Mid-Amateur champion Chris Thayer and Jackson Solem of The Fox Hill Club, a DU teammate of McCoy.

Sean Thomas of Meridian Golf Club made a hole-in-one at No. 12 en route to a 66 on Friday and a tie for eighth place at 138.

In all, 13 players will go into the final two rounds with under-par totals.

The field on Friday was cut from 84 players to the low 40 and ties, with those at 147 or better advancing to weekend action. The 72-hole tournament will conclude on Sunday.