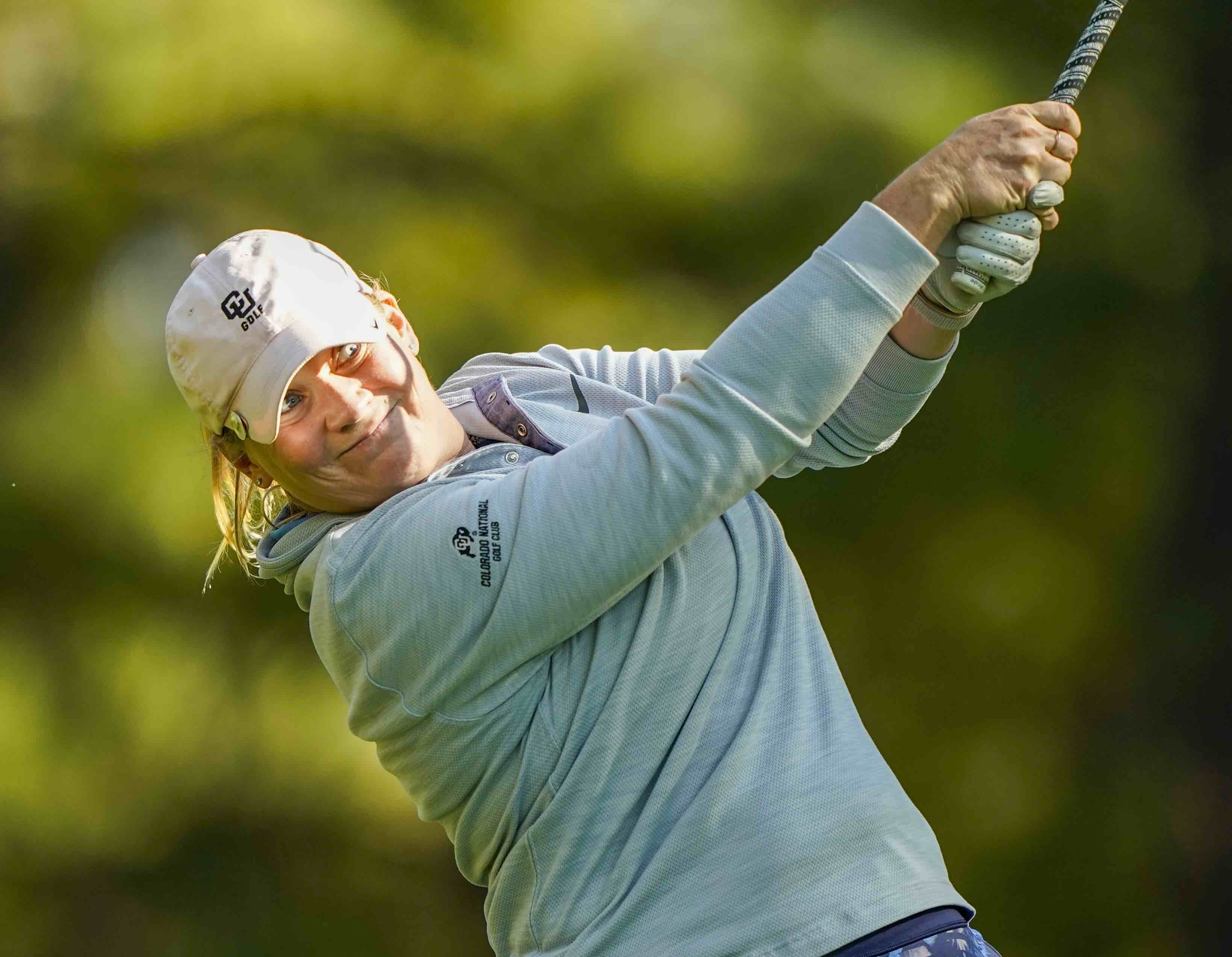 Denver’s Houtsma beats former national champ, then falls in 19 holes in round of 16 at U.S. Women’s Mid-Am

Tuesday proved quite a day for Denver resident Erin Houtsma at the U.S. Women’s Mid-Amateur in Flagstaff, Ariz.

Competing in her first USGA championship in 17 years, Houtsma defeated 2009 U.S. Women’s Mid-Am champ Martha Leach of Hebron, Ky., in Tuesday morning’s round of 32, 2 up.

Then in the afternoon round of 16, the 2005 CoBank Colorado Women’s Open champion came thisclose to making the quarterfinals.

Alas, after leading 1 up going into the 18th hole, Houtsma lost that hole — and the 19th — by making bogeys to see her run end in the not-so-Sweet 16. (Houtsma is pictured in a USGA photo by Darren Carroll.)

Facing fifth-seeded Megan Buck, a former Northern Arizona University golfer from Easton, Mass., in the round of 16, the former University of Colorado golfer won the 17th hole with a par to go 1 up. But her back-to-back bogeys — compared to Buck’s par-par finish — proved the difference. Houtsma had been 1 over par for 17 holes before her rough last two holes.

In the round of 32 against Leach, Houtsma won the last two holes — with a birdie and a par — to prevail 2 up over the former champ.

The other Colordans who competed on Tuesday fell in the round of 32 to former Women’s Mid-Am champs.

Marilyn Hardy of Gunnison made it close against two-time national champ — and 2019 stroke-play medalist — Julia Potter-Bobb of Indianapolis — but lost 1 up. After being 3 down through 14, Hardy won the next two holes with a par and a birdie before the players halved the last two with pars. Hardy finished 2 over for the match.

Here’s how all the players with strong Colorado connections fared this week at the U.S. Women’s Mid-Amateur:

TUESDAY’S MATCH PLAY ROUND OF 16

Julia Potter-Bobb of Indianapolis def. Marilyn Hardy of Gunnison, 1 up