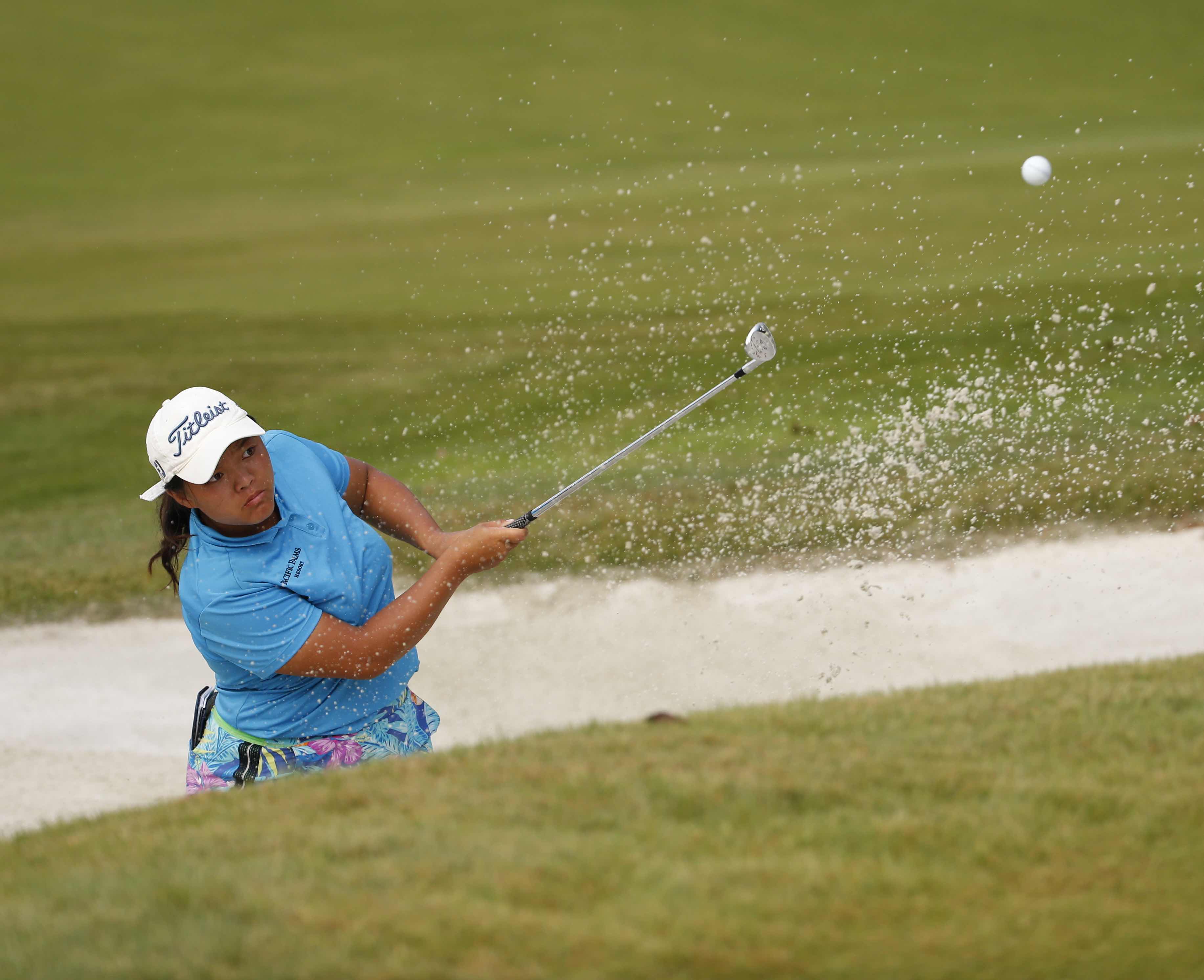 Former Coloradan Elizabeth Wang misses match play by one stroke at U.S. Women’s Amateur after going to the round of 16 in 2018; all 7 players with major Colorado ties see their tournament end after stroke play

This week’s experience at the U.S. Women’s Amateur was a far cry from last year’s for former Colorado resident Elizabeth Wang.

Wang, who lived in Parker until 2010 when she moved to San Marino, Calif., advanced to the match play round of 16 last year at the Women’s Amateur, duplicating what she did at the event in 2015 when she won the national Girls Junior PGA Championship. Along the way, she defeated Jennifer Kupcho of Westminster in the round of 64.

Wang, who placed 34th in the 2018 U.S. Women’s Open, wasn’t so fortunate at this week’s Women’s Am in West Point, Miss. In fact, her national championship ended on Tuesday after just two days, as she fell agonizingly short of making match play.

Wang (pictured in a 2018 USGA photo) rallied in a big way following her opening-round 78 by firing a 2-under-par 70 on Tuesday. But that left her with a 4-over 148 total and in a tie for 65th place. And only the top 64 advance to match play, which starts on Wednesday.

Wang, who is going into her sophomore year at Harvard, finished with six birdies to go along with four bogeys on Tuesday.

As for current Colorado residents, posting the best finishes in the 36-hole stroke-play portion of the Women’s Amateur were Lauren Lehigh of Loveland and Katherine Hollern of Sedalia, who tied for 97th place at 152, ending up five shots behind the final match-play qualifiers. Lehigh eagled the par-4 sixth hole (her 15th) on Tuesday. Hollern made one birdie and 15 pars to go along with a double bogey and a triple bogey in round 2.

For complete results from the U.S. Women’s Amateur, CLICK HERE.