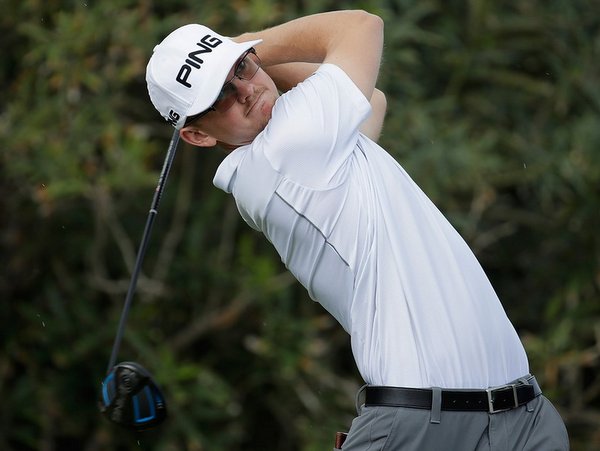 Jim Knous is one #HelluvaEngineer, to play off of an oft-used Colorado School of Mines hashtag.

So it was no surprise when last week the Golden-based school’s athletic department announced its 2019 Hall of Fame class, and Knous made the grade. He and the five other honorees will be inducted into the Mines Athletics Hall on Oct. 19 as part of homecoming weekend. All will be recognized at halftime of the homecoming game that day against Fort Lewis.

Knous, of course, was a rookie on the PGA Tour during the 2018-19 season, and he recorded a 10th-place finish in his first start as a member, at the season-opening Safeway Open. He also has two 13th-place finishes to his credit.

However, Knous’ rookie season ended prematurely a couple of months back with a right wrist injury that led to surgery last month and will probably sideline the Basalt native and Littleton resident from competition for the remainder of 2019. He’ll have a minor medical extension from the PGA Tour when he returns to action.

The level to which he’s risen certainly makes Knous among the top golfers Colorado has produced in the last decade or so.

As a Mines senior in 2012, Knous finished second in the NCAA Division II national championship, losing in a playoff to Cheyenne native Josh Creel. During his senior season, Knous notched five individual college victories, including three in a row heading into the national tournament. He was named the Rocky Mountain Athletic Conference Player of the Year. Knous, who earned a civil engineering degree from Mines in 2012, anchored the only Mines team to ever qualify for the NCAA D-II national championships.

In Colorado, Knous has been known for his ability to go low in major competitions in the state over the years. Most notably that includes the course-record 60 he shot in the final round of the 2010 CGA Amateur at Boulder Country Club that forced a playoff with Wyndham Clark. Clark, now also a PGA Tour player, prevailed on the second hole of that playoff.

Knous also set a competitive course record with a 63 at Heritage Eagle Bend in qualifying for the 2011 U.S. Amateur, and fired a final-round 62 at Green Valley Ranch Golf Club to finish fourth in the 2016 CoBank Colorado Open. He also posted a 63 at the Rocky Mountain Open in Grand Junction in 2014.

For four consecutive years — 2013 through ’16 — Knous advanced to U.S. Open Sectionals after going through Local Qualifying at the course now known as Walnut Creek Golf Preserve in Westminster.

Among Knous’ wins before becoming a regular on the Korn Ferry Tour in 2017 were the 2012 Navajo Trail Open in Durango in his pro debut, and the San Juan Open in Farmington, N.M., in both 2015 and ’16.

In 50 Korn Ferry Tour starts, Knous has recorded four top-10 finishes. That includes fourth-place showings in both the Utah Championship and the WinCo Foods Portland Open in 2018.